“Death of a Salesman” by Arthur Miller at Pattihio 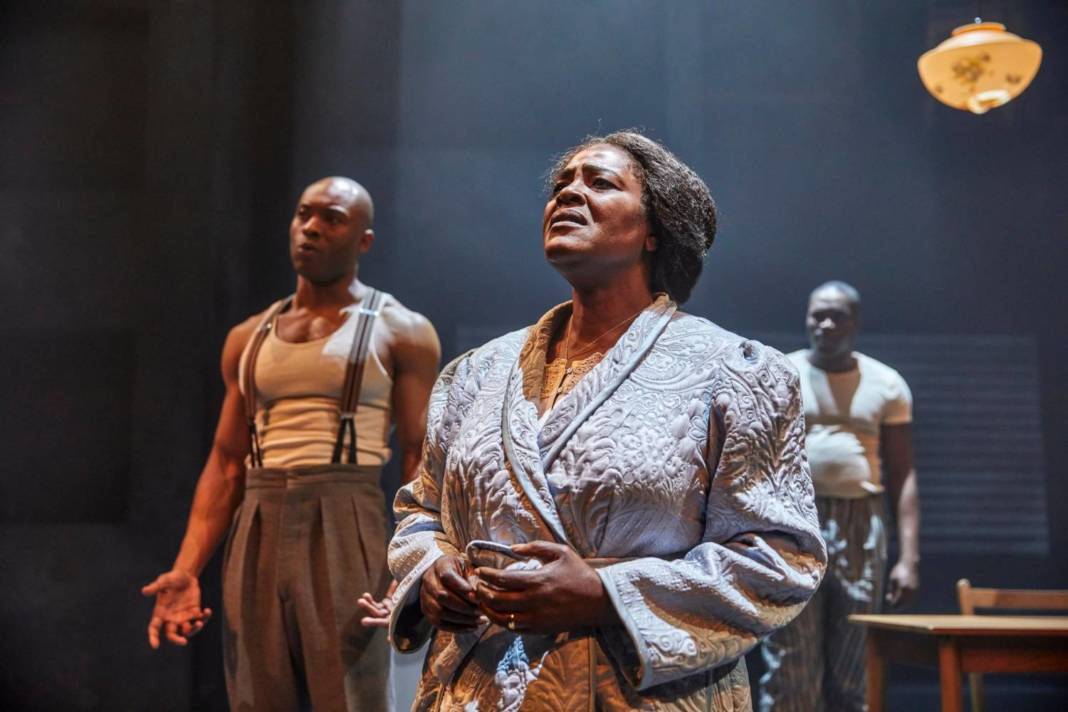 Death of a Salesman is a 1949 stage play written by American playwright Arthur Miller. The play premiered on Broadway in February 1949, running for 742 performances. It is a two-act tragedy set in the 1940s New York told through a montage of memories, dreams and arguments of the protagonist Willy Loman, a travelling salesman who is disappointed with his life and appears to be slipping into senility.

The play contains a variety of themes, such as the American Dream, the anatomy of truth, and betrayal. It explores the psychological chaos of the protagonist and the capitalist society’s impact on his life.

It won the 1949 Pulitzer Prize for Drama and Tony Award for Best Play. It is considered by some critics to be one of the greatest plays of the 20th century.

Willy Loman returns home exhausted after a business trip he has cancelled. Worried over Willy’s state of mind and recent car accident, his wife Linda suggests that he ask his boss Howard Wagner to allow him to work in his home city so he will not have to travel. Willy complains to Linda that their son, Biff, has yet to make good on his life. Despite Biff’s promise as a football star in high school, he failed in mathematics and was unable to enter a university. 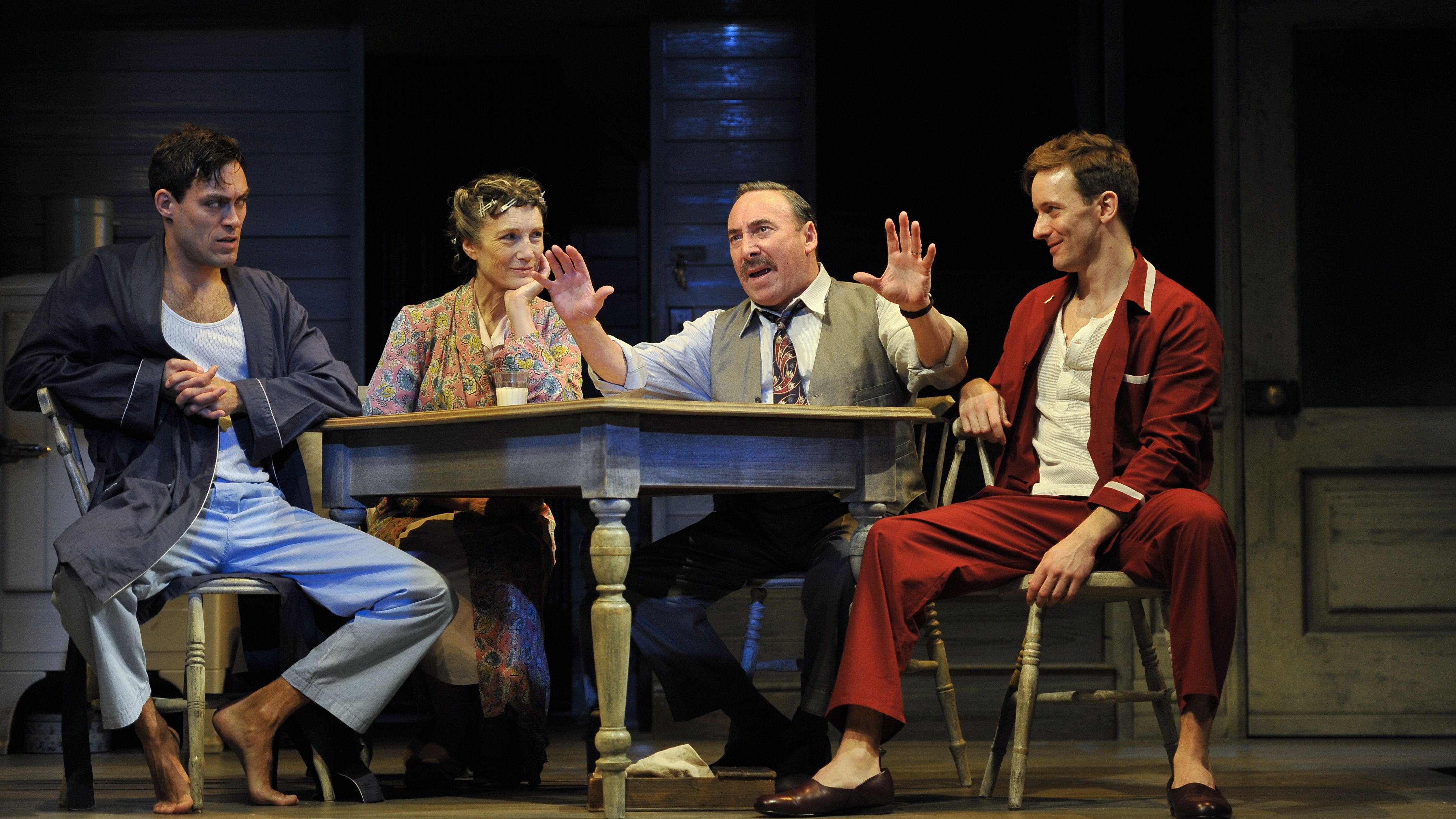 Biff and his younger brother, Happy, who is temporarily staying with Willy and Linda after Biff’s unexpected return from the West, reminisce about their childhood together. They discuss their father’s mental degeneration, which they have witnessed in the form of his constant indecisiveness and daydreaming about the boys’ high school years. Willy walks in, angry that the two boys have never amounted to anything. In an effort to pacify their father, Biff and Happy tell him that Biff plans to make a business proposition the next day.

The next day, Willy goes to ask his boss, Howard, for a job in town while Biff goes to make a business proposition, but both fail. Willy gets angry and ends up getting fired when the boss tells him he needs a rest and can no longer represent the company. Biff waits hours to see a former employer who does not remember him and turns him down. Biff impulsively steals a fountain pen. Willy then goes to the office of his neighbor Charley, where he runs into Charley’s son Bernard, now a successful lawyer. Bernard tells him that Biff originally wanted to go to summer school to make up for failing math, but something happened in Boston when Biff went to visit his father that changed his mind. Charley gives the now-unemployed Willy money to pay his life-insurance premium. Willy shocks Charley by remarking that ultimately, a man is “worth more dead than alive.”

Happy, Biff, and Willy meet for dinner at a restaurant, but Willy refuses to hear bad news from Biff. Happy tries to get Biff to lie to their father. Biff tries to tell him what happened as Willy gets angry and slips into a flashback of what happened in Boston the day Biff came to see him. Willy had been having an affair with a receptionist on one of his sales trips when Biff unexpectedly arrived at Willy’s hotel room. A shocked Biff angrily confronted his father, calling him a liar and a fraud. From that moment, Biff’s views of his father changed and set him adrift.

Biff leaves the restaurant in frustration, followed by Happy and two girls that Happy picked up. They leave a confused and upset Willy behind in the restaurant. When they later return home, their mother angrily confronts them for abandoning their father while Willy remains outside, talking to himself. Biff tries unsuccessfully to reconcile with Willy, but the discussion quickly escalates into another argument. Biff conveys plainly to his father that he is not meant for anything great, insisting that both of them are simply ordinary men meant to lead ordinary lives. 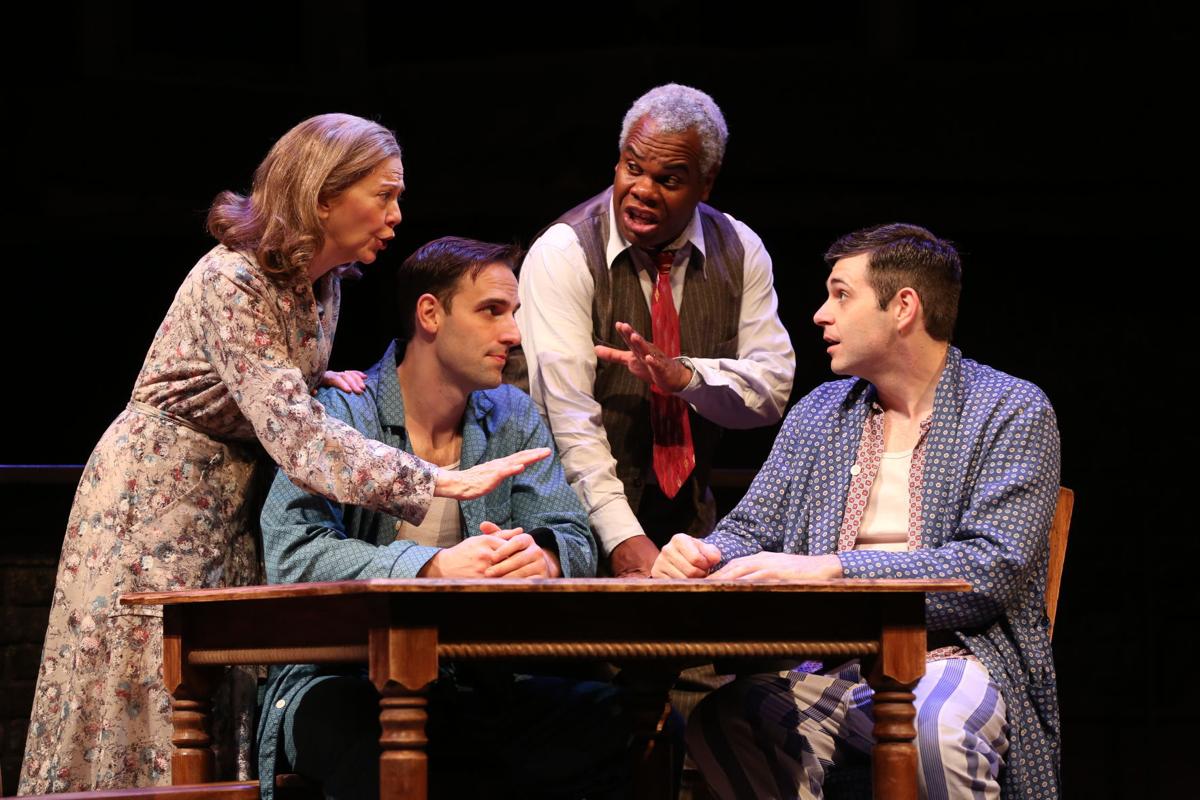 The feud reaches an apparent climax with Biff hugging Willy and crying as he tries to get Willy to let go of the unrealistic expectations. Rather than listen to what Biff actually says, Willy appears to believe his son has forgiven him and will follow in his footsteps, and after Linda goes upstairs to bed (despite her urging him to follow her), lapses one final time into a hallucination, thinking he sees his long-dead brother Ben, whom Willy idolized. In Willy’s mind, Ben approves of the scheme Willy has dreamed up to kill himself in order to give Biff his insurance policy money. Willy exits the house. Biff and Linda cry out in despair as the sound of Willy’s car blares up and fades out. The final scene takes place at Willy’s funeral, which is attended only by his family, Charley and Bernard (Bernard says nothing at the funeral, but in the stage directions, he is present). The ambiguities of mixed and unaddressed emotions persist, particularly over whether Willy’s choices or circumstances were obsolete. At the funeral Biff retains his belief that he does not want to become a businessman like his father. Happy, on the other hand, chooses to follow in his father’s footsteps, while Linda laments her husband’s decision just before her final payment on the house.

“Body of Mine”: Choreographic Performance by Panayiotis Tofi at Rialto on November 18