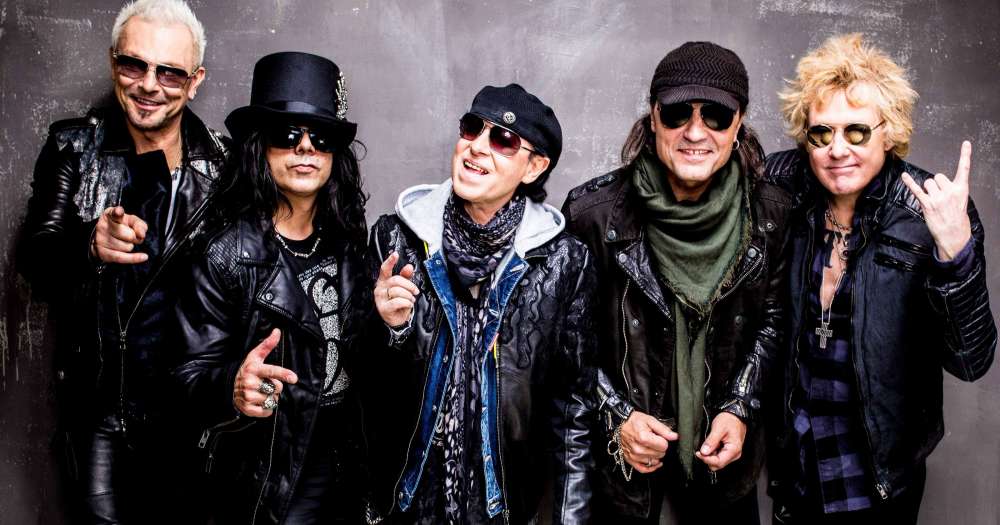 Event of the year – Scorpions – one of the most iconic and influential rock bands of all time! Their songs have touched millions of people around the world, became «gold» and «platinum» more than 200 times. «Wind of change» became a symbolic anthem of political changes in Eastern Europe and Soviet Union. «Still loving you» is in the list of World’s greatest ballades. The band is rocking the audience like a hurricane around the world for over 50 years. And now they are coming to Cyprus!
Scorpions were in Cyprus in 2004 and 2006 and gathered 10.000 people in Nicosia and 7.000 in Lemesos. Since then there were no show of such «caliber» bands on the island.

On February, 9 Scorpions will perform ONLY ONE show in Lemesos at Spyros Kyprianou sport center with just 6.000 capacity! Comfortable venue will let all visitors from any place and seat to listen and watch the band at a distance of a «hand reach». For sure, there will be no place for everyone!

The band is flying to Cyprus on three planes, taking tons of equipment to provide the best show ever on island! Amount of tickets is very limited due to venue size. Prices will increase with the sales! Hurry up to get the ticket and save the money!

Tickets from just 59 Euro on sale from October 15!
Amount of tickets is very limited due to venue size.
Prices will increase by number of sales!
Hurry up to get the ticket and save the money!

VIP-premium lounge for just 150 guests:
– separate parking and VIP-entrance
– good view from the upper-right side
– full catering with drinks and food (included)
– premium drinks at VIP-lounge
– «Scorpions in Cyprus» poster with Artist’s autograph.

By In Cyprus
Previous articleFormer Scottish first minister Alex Salmond arrested
Next articleMan arrested on suspicion of scamming 77 year old man out of €3,300