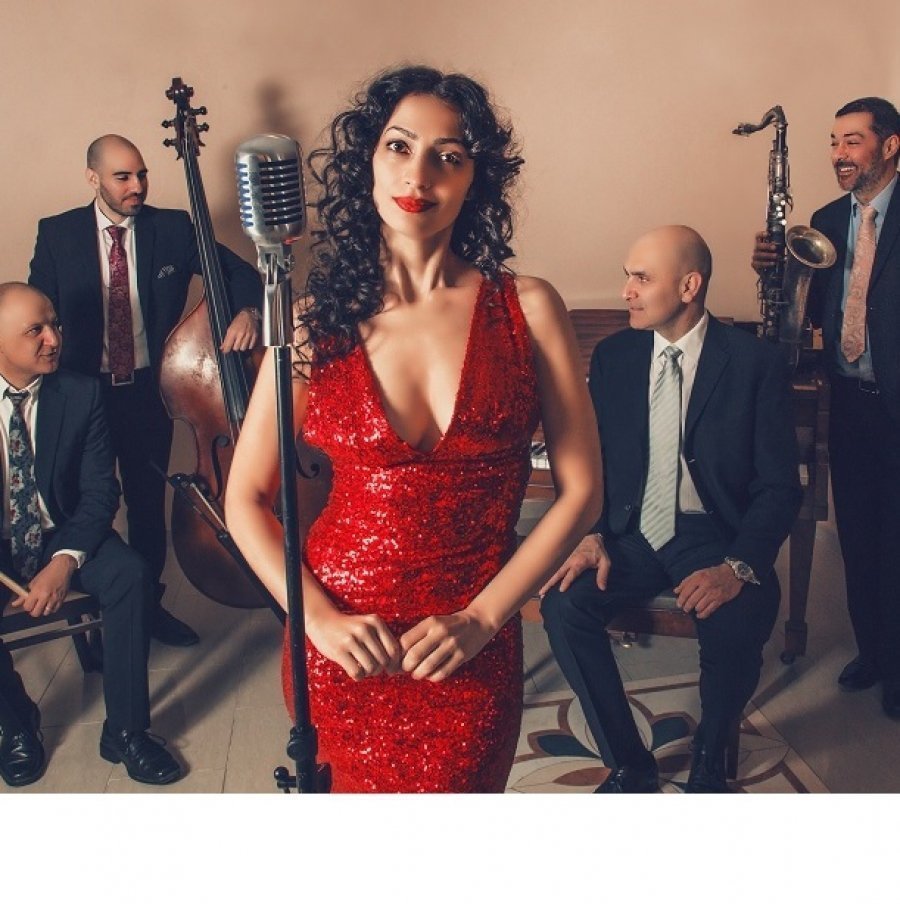 Mood Indigo are back at Technopolis 20, on Wednesday, 16th of October 2019, at 8pm, performing selected sultry classics from the Great American Songbook. After living in New York City for a year, Mood Indigo have enriched their story-telling in their music are looking forward to sharing their journey with you.

A few words about the musicians
Irene Day (voice): Born and raised in Canada, Irene Athanasiou started cultivating her vocal skills at an early age with Shania Twain’s vocal coach – Ian Garratt. She later moved to Europe where she got her performance degree in Classical music and went on to become the Jazz chanteuse & band leader of the most popular band in Cyprus – “Mood Indigo”, where she performed with the island’s internationally known musicians, and sang at some of the most important events. Mood Indigo performed for the Cypriot president Nicos Anastasiades on numerous occasions and has also performed at numerous festivals (diversity festival, pop up festival, and cultural festival etc). Irene has been featured in various magazines and TV over the years. Since the beginning of her career, Irene has been working as a songwriter/lyricist. In 2009 she won a poetry competition and her work was featured in the book “Cadences”, and was asked to recite her poems at the European University of Cyprus. Irene has made appearances in Toronto, and New York, where she performed at Smalls jazz club, and studied with vocal legend Annie Ross. She has performed with veteran pianist and composer Freddie Redd as well as great NYC musicians, such as Ari Roland, Stefano Doglioni, Chris Byars and Pasquale Grasso and others.

George Morfitis born in Limassol, started his classical music training from the early age of 6. He gets introduced to Jazz Music at Nakas Music School in Athens, Greece. Soon after he studies at I.S.A Conservatory of Havana in Cuba, focusing on classical music composition, arranging & Jazz / Latin Performance. In 2004 he studies and specializes in Latin Jazz Music at Codarts Conservatory of Rotterdam in Holland, obtaining a B.A & a M.A. In 2012, he moves to Madrid to teach modern music at Gredos College & Katarina Gurska Conservatory. George has participated in well-known European Festivals such as North Sea Jazz Festival Round Town, Madrid Jazz Festival, Paradise Place Jazz Festival, at the national T.V. of Madrid etc. He finally returns to Cyprus participating regularly in different music projects.

By In Cyprus
Previous articlePublic servants union not ready for proposed reforms’ implementation
Next article1st Owl Festival – Are you afraid of the dark?