The 19th Cyprus Film Days International Festival 2021 will take place on April 16-24 2021, is co-organised by the Cultural Services of the Ministry of Education, Culture, Sports and Youth and the Rialto Theatre, announces this year’s programme of screenings.

Five outstanding and multi-award winning fiction feature films will be screened at the Rialto Theatre in Limassol and Zena Palace Cinema in Nicosia. The audience will have a unique opportunity to attend the Cyprus premiere of the following films, which were selected by the Festival’s Artistic Committee as part of the Viewfinder Section – A close-up of contemporary world cinema:

With rave reviews, plaudits and prizes, including 6 nominations for the Academy Awards, Chloé Zhao’s film is undoubtedly one of this year’s cinematic gems and one of the most important films of the decade. Nomadland, skillfully balancing between fiction and reality, portrays the nomadic life of Fern (Frances McDormand) who, following the economic collapse of a company town in rural Nevada, packs her van and sets off on the road exploring a life outside of conventional society as a modern-day nomad.

Swedish director Magnus von Horn portrays, with impressive accuracy, the portrait of a fitness motivator (Magdalena Kolesnik), recounting three days in her life, by masterfully illustrating the protagonist’s longing for true intimacy despite the hundreds of thousands of followers and admirers. Von Horn’s strong statement about our addiction to the social media, the film’s excellent cast and the director’s insightful gaze make Sweat one of the most-discussed films of the year, which travelled to many film festivals and received, among other awards, the Best Film and Best Director Awards at Chicago Film Festival. 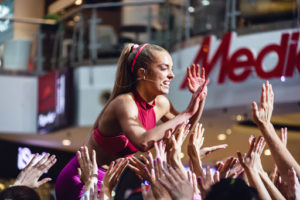 Having collected multiple awards and participations in some of the world’s most prestigious independent film festivals, such as Toronto, Chicago, Thessaloniki and Rotterdam, this gripping drama, Night of the Kings, directed by acclaimed African filmmaker Philippe Lacôte, tells the story of a young man (Bakary Koné) who is sent to “La Maca”, a prison in the middle of the Ivorian forest ruled by its inmates. As tradition goes with the rising of the red moon, he is designated by the Boss to be the new “Roman” and must tell a story to the other prisoners. Learning what fate awaits him, he begins to narrate the life of the legendary outlaw named “Zama King” and has no choice but to make his story last until dawn. 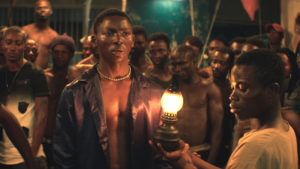 The much-discussed film by first-time director Christos Nikou, which fascinated Cate Blanchett (executive producer) and was selected to represent Greece in the “Best International Feature Film” category at the Academy Awards in 2021, receiving acclaimed reviews and plaudits in Europe and the US, is much relevant to our time. As an unpredictable, sweeping pandemic causes people to develop sudden amnesia, a man finds himself enrolled in a recovery program designed to help him build a new life. His treatment: performing daily tasks prescribed by his doctors on cassette tape, and capturing these new memories with a Polaroid camera. Aris Servetalis’ splendid performance in the lead role, as well as the fresh and innovative gaze of first-time director Christos Nikou will undoubtedly leave the viewers with an unforgettable and explosive “aftertaste”. 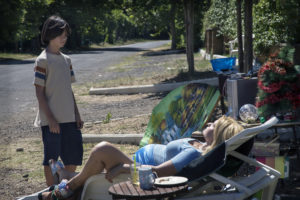 Capturing the spirit of independent cinema, Bad Tales, directed by brothers Damiano & Fabio D’Innocenzo, illustrates the dark portrait of a middle-class community somewhere in Italy. With beautiful sunny frames having a distinctive Mediterranean flavour, supported by the impressive performances of its main cast (Elio Germano, Tommaso Di Cola, Giulietta Rebeggiani), the film composes the profile of a seemingly normal world silently festering with the sadism of fathers and the anger of diligent, desperate children. The subversive and undeniably authentic Bad Tales has received more than 20 awards, including the Silver Bear for Best Screenplay at the 70th Berlinale.

Note: The Festival is organised in full compliance with all applicable measures related to Covid-19. In case of changes, the Festival will notify the audience via its website.