17th-century Tuscany, Italy. As the sinister threat of the Plague looms over Europe, the sincerely devout eight-year-old novice, Benedetta Carlini, is brought into the Theatine Convent of the Mother of God in Pescia as a bride for Jesus Christ. 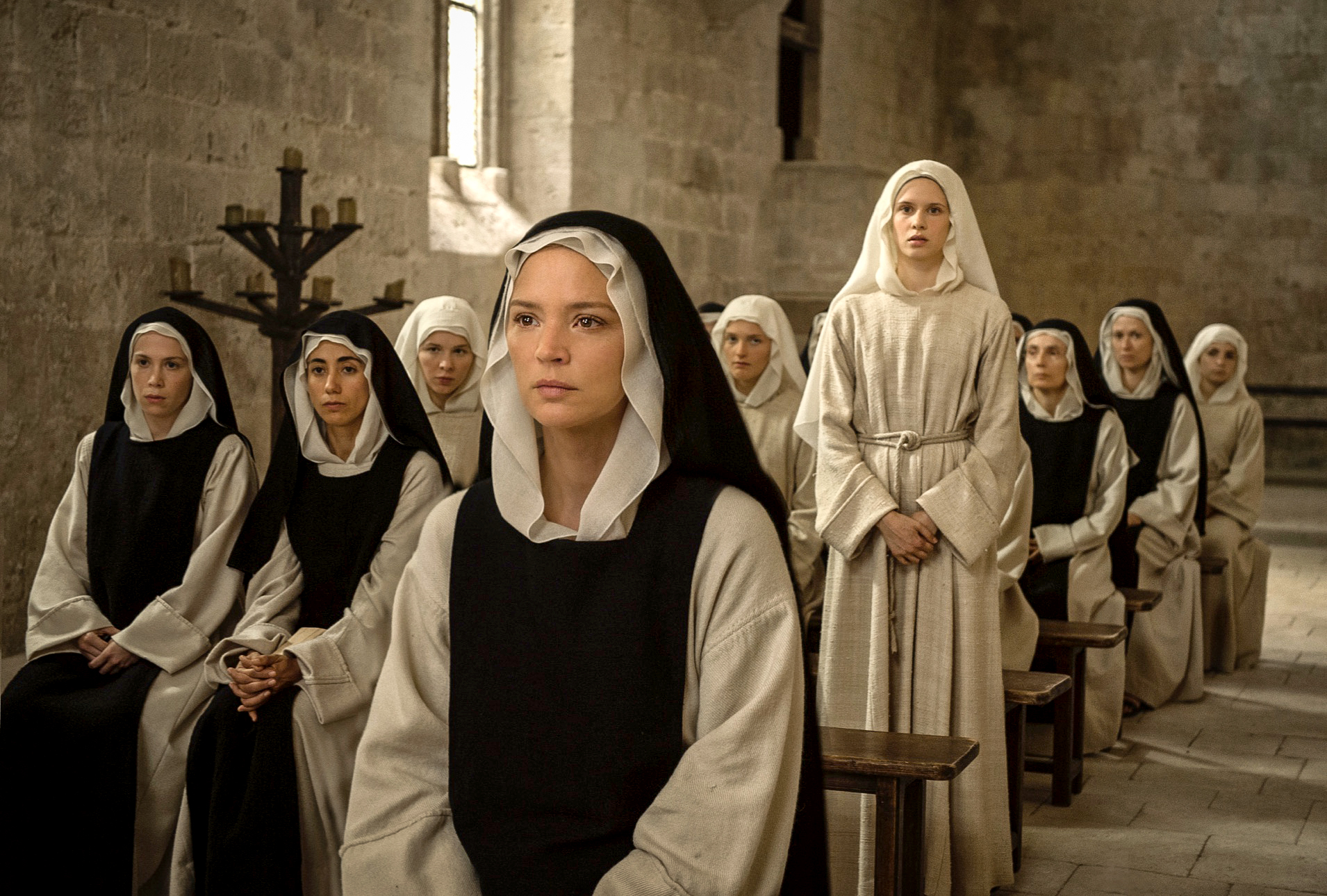 Now, while under the vigilant eye of cynical Abbess Felicita, fleeting glimpses of the forbidden fruit invite a tentative intimacy, ungovernable desires, and intense diabolical obsessions in, and suddenly, the holy signs of faith are manifest in Sister Benedetta’s body. But, few can wrestle with guilt and emerge unscathed. Is there an escape from sin when the flesh is the enemy?

Based on a true story