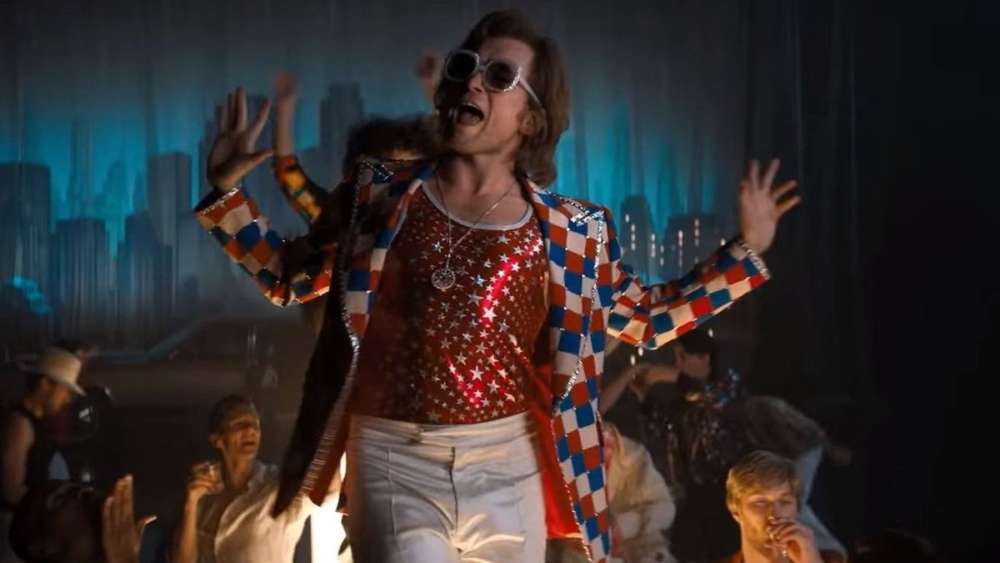 The story of Elton John’s life, from his years as a prodigy at the Royal Academy of Music through his influential and enduring musical partnership with Bernie Taupin.

Rocketman is a 2019 biographical musical fantasy drama film based on the life of musician Elton John. Directed by Dexter Fletcher and written by Lee Hall, it stars Taron Egerton as John, with Jamie Bell as Bernie Taupin, Richard Madden as John Reid, and Bryce Dallas Howard as Sheila Eileen. The film follows John in his early days as a prodigy at the Royal Academy of Music through his musical partnership with Taupin. The film is titled after John’s 1972 song “Rocket Man.”

The film had been in development since the 2000s before it was initially announced in 2013 where Focus Features acquired the rights to the film and director Michael Gracey and actor Tom Hardy were set to direct and star in the project respectively. After Hardy and Gracey left the project following creative differences between Focus and John that halted an initial production start in fall 2014, the project languished for several years until Paramount Pictures and New Republic Pictures took over as distributor in April 2018, where Egerton and Fletcher signed on. Principal photography began in August 2018 and was completed later that year. John served as executive producer, while husband David Furnish produced the film through their Rocket Pictures, alongside Matthew Vaughn’s Marv Films.

Rocketman premiered at the Cannes Film Festival on 16 May 2019, and was theatrically released in the United Kingdom on 22 May 2019 and in the United States on 31 May 2019. It grossed $195 million worldwide against its $40 million budget and received largely positive reviews from critics, with general praise for Egerton’s performance, the costume design and musical numbers. The film was the first by a major film studio to include a gay male sex scene. At the 77th Golden Globe Awards, the film was nominated for three awards, including Best Motion Picture – Musical or Comedy and won two awards for Golden Globe Award for Best Actor – Motion Picture Musical or Comedy for Egerton and Golden Globe Award for Best Original Song for “(I’m Gonna) Love Me Again”.