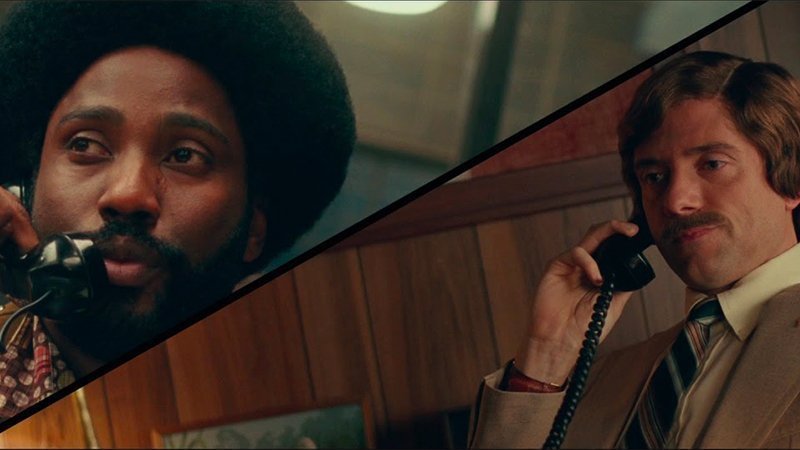 BlacKkKlansman is a 2018 American biographical crime film directed by Spike Lee and written by Charlie Wachtel, David Rabinowitz, Kevin Willmott, and Lee. The film is based on the 2014 memoir Black Klansman by Ron Stallworth. The film stars John David Washington as Stallworth, along with Adam Driver, Laura Harrier, and Topher Grace. Set in the late-1970s Colorado Springs, the plot follows the first African-American detective in the city’s police department as he sets out to infiltrate and expose the local Ku Klux Klan chapter.

Lee produced the film with Raymond Mansfield, Shaun Redick, Sean McKittrick, Jason Blum, and Jordan Peele. QC Entertainment purchased the film rights to the book in 2015. Lee signed on as director in September 2017. Much of the cast joined the following month, and filming began in New York State.

BlacKkKlansman premiered on May 14, 2018 at the Cannes Film Festival, where it won the Grand Prix. It was theatrically released in the United States on August 10, 2018, a day before the first anniversary of the Unite the Right rally. The film received acclaim from critics, who praised the performances (particularly of Washington and Driver) and timely themes, as well as noting it as a return to form for Lee. It received six nominations at the 91st Academy Awards, including Best Picture, Best Director (Lee’s first directing nomination), and Best Supporting Actor for Driver, and won for Best Adapted Screenplay, making it Lee’s first competitive Academy Award. The American Film Institute also selected it as one of the top 10 films of the 2018, and at the 76th Golden Globe Awards it earned four nominations, including Best Motion Picture – Drama.