The first big Greek movie of the decade is here from January 3 at Pantheon.
A modern psychological western that unfolds in the wild forests of Northern Greece. Nikitas lives isolated at the top of a mountain forest. An industry is expanding aggressively, disrupting wildlife and threatening our protagonist.

The biggest threat, however, comes with the sudden arrival of his son, who returns to claim the share of the estate he inherited after the death of his mother. Against the backdrop of a society in an atmosphere of civil war, the two men clash head-on, with nature as the sole observer.

The Greek film “Digger” by director George Grigorakis, was selected to represent Greece at the 94th OSCAR® Awards of the US Film Academy. in the category of International Feature Film, as the official proposal of Greece for the Oscar for Best International Film. Digger also swept the Iris 2021 with 10 awards, while George Grigorakis, the man behind “Digger”, the film that won the night’s grand prize, won the screenplay award for first-time director and best director. “Digger” was so appreciated by the public that it continues to be shown after five months in the Microcosm – and in fact without much advertising, promotion and promotion – as it was selected by the Berlin Festival. 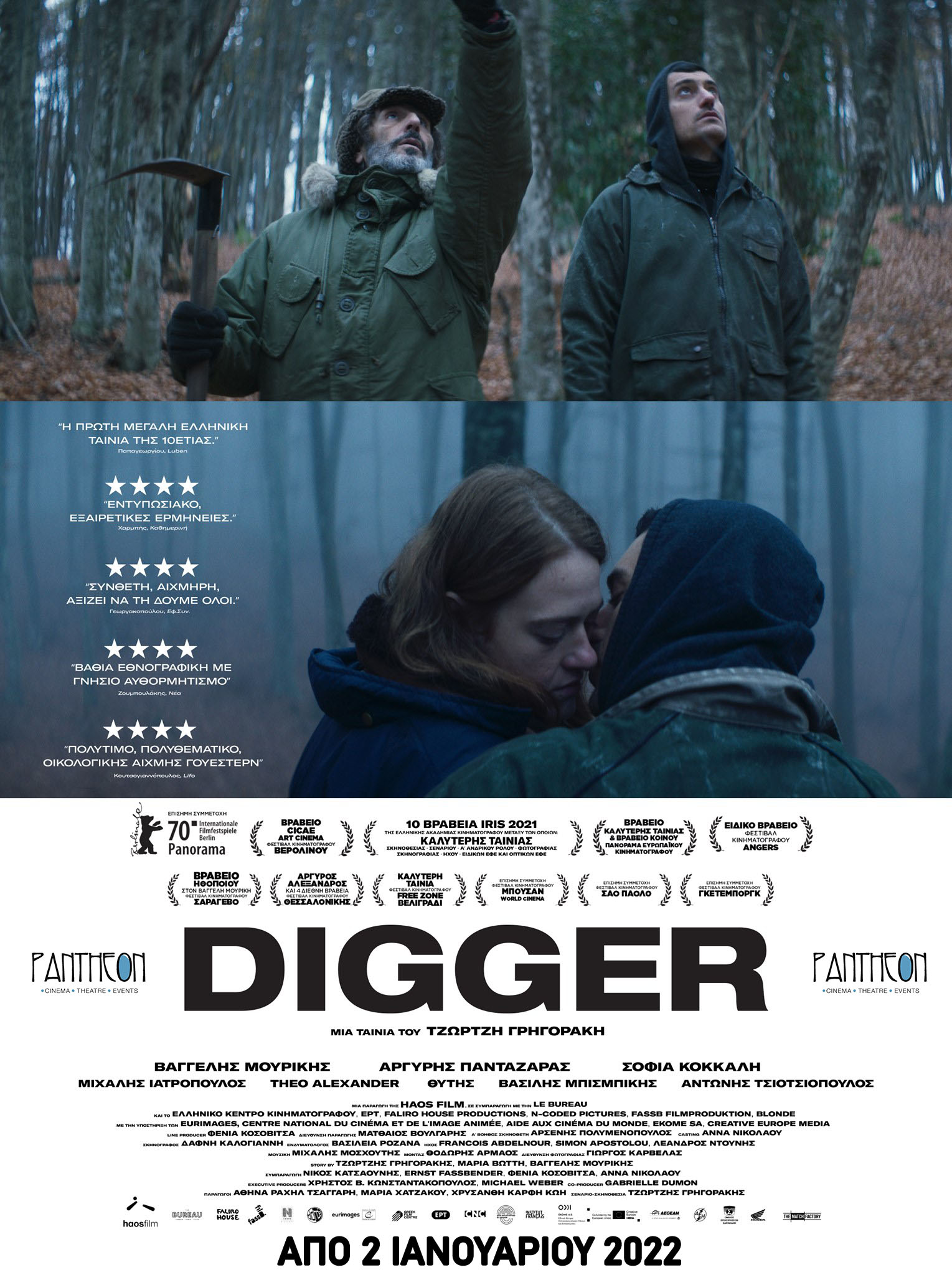