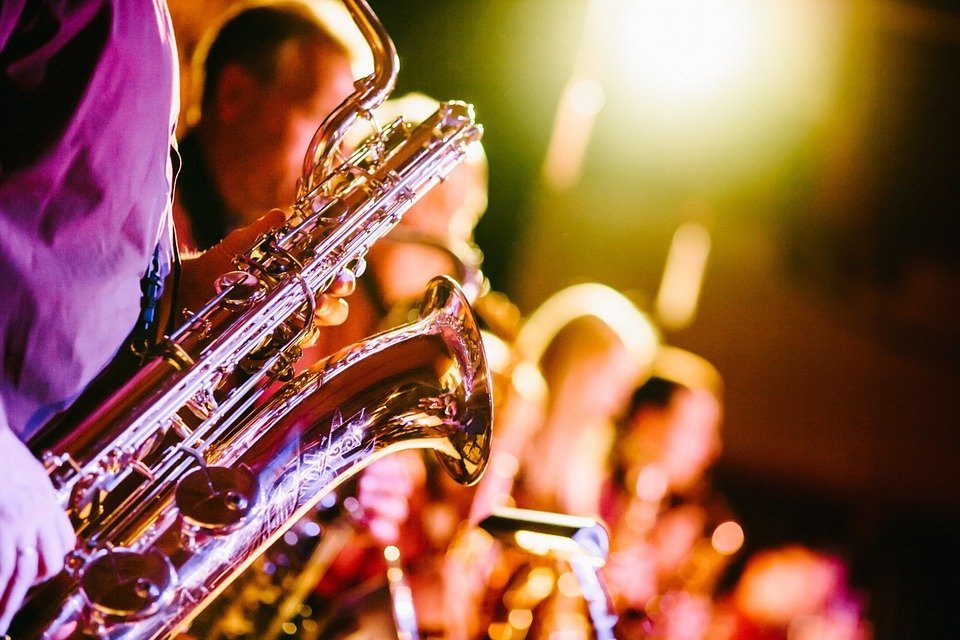 After three years of her last performance at Technopolis 20, Ioanna Troullidou, one of the most well-known jazz singers in Cyprus, returns with the jazz repertoire of the 30s, 40s, 50s, and also some original compositions of hers.

Ioanna Troullidou is a professional singer and jazz vocal instructor at the European University. She studied music at the University of Pécs in Hungary from where she attained an M.A. degree in music teaching and choir conducting, and jazz singing/musical and performance in Bornemissza Maria singing school. Ioanna was a member of the No more Blues Band in Hungary until 2007 along with Balasy Szabolcs, Horvath Krisztian, Dömösi Tamas, Dingo Janos and Kebuszek Zsolt! In 2007 she returns to Cyprus and since then Ioanna has been an active singer in the Jazz scene of Cyprus and co-operated with many local bands and musicians from Cyprus, U.S.A, Israel etc. She took lessons and followed workshops for Jazz singing from the well-known American Jazz singers Marion Cowings and Yaala Ballin. She participated in several Jazz Festivals in Cyprus and abroad like the Aglanjazz Festival 2013, the Aphrodite hills jazz Festival 2011, 2013, Paradise jazz festival 2009,2016, Fly again jazz 2016, Dusseldörf jazz rally 2017 (Germany). In 2012 she recorded her first album with the title “Get out of town” – a collection of Jazz Standards with musicians from New York and Cyprus and with the arrangements of composer /saxophonist Chris Byars. Since 2007 Ioanna has been teaching Jazz Performance at the European University Cyprus. She’s been member of the faculty of the annual event Cyprus Jazz workshop 2015, 2016, 2017 among musicians from all over the world, conducted by the JEA (Jazz Education Abroad). In 2020 she presented for the first time her own compositions (music & lyrics), at the 7th Cyprus Jazz and World Music Showcase at Rialto Theatre.

Giorgos Morfitis was born 1981 in Limassol Cyprus. At the age of 6 he started his classical piano and theory music training. 2001 he studied jazz music At Nakas music school Athens Greece. 2002 he studied at I.S.A conservatory in Havana Cuba where he focused on classical composition, arranging and Jazz/latin performance. 2004 he studied at Codarts Rotterdam conservatory in The Netherlands where he obtained a B.A and a M.A in Jazz/Latin piano performance. In 2012 he moved to Madrid Spain, where he taught as a music professor at San Gredos College and Katarina Gurska Conservatory in the modern music department. Through his carrier Morfitis played in many prestigious festivals and venues all over Europe such as: North Sea jazz festival round town, Eunic Jazz festival Berlin, Technopolis Jazz Festival Athens, Luxemburg Jazz & World showcase, Lantaren venster Showcase Rotterdam, personal concert in Doelen theater Rotterdam, Rialto Jazz & World showcase Limassol, Madrid jazz festival, adrid national TV etc. He is currently residing in Cyprus teaching privately and performing all over the island and abroad with different formats including his own original projects.

Irenaeos Koulouras was born in Limassol in 1965. From 1975 until 1991 worked as a double bass player in Cyprus, England and Germany. is one of the most active jazz Double Bass players in the island of Cyprus. In 1994 we entered the Berkley College of Music in USA where he obtained his BA in Professional Music. At the same time he studied with Ron Carter, Charlie Banacos and Ed Barker, he collaborated with established musicians such as Ofer Ganor, Amos Hoffman, Avishy Cohen, Christos Rafaelides, Steve Hass, Walter Smith, Asaf Uria, Rea Bar Ness and Bruno Piroth and he often performed with jazz bands in Boston and New York. In 2001 he moved in Athens where he collaborated with a big number of Greek Artists such as: Charis Alexiou, Christos Leontis, Nikos Xydakis, Nena Venetsianou, Eleftheris Arvanitaki, Pantelis Thalassinos, Socratis Malamas, Alkinoos Ioannides, Foivos Delivorias and more. In 2009 he obtained Double Bass Diploma from Athens Conservatoire with Tasos Kazakli. He also tought at the Philippos Nakas Conservatory and participated in albums’ production. Since 2010 he is back in Cyprus where he is collaborating with several organisations and musicians, like Evagoras Karageorgis, Cyprus Ministry of Education and Cultural, Cyprus Symphony Orchestra. He founded the ‘Trio Koullouras’ along with George Krasides and George Koulas.

FIDELES at the PartyCity on November 25

“Trio Rondine” at Technopolis 20 on November 19