Savva, other greats at Psatharis’ auction of Greek and Cypriot art works 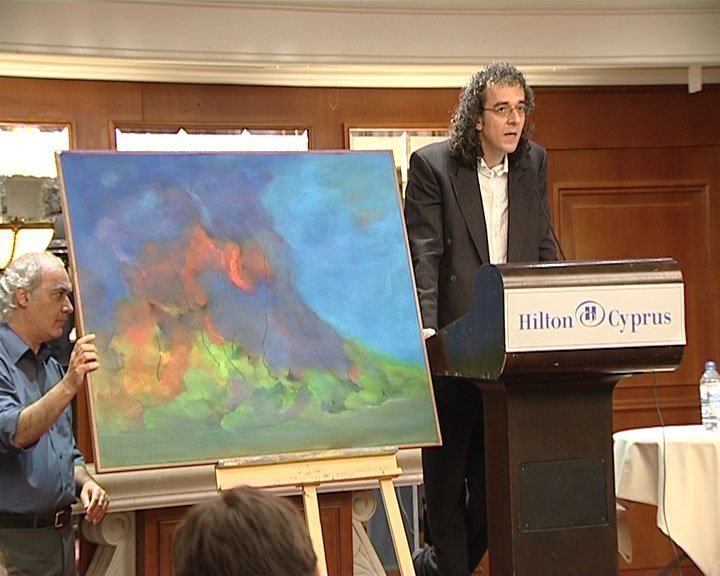 Psatharis’s 26th Auction on June 5 will be led by Christoforos Savva’s Abstract Landscape, a resurfaced masterful geometric with perfectly balanced overlapping forms and bright colours, which the artist created in 1959.

The painting will be seen publicly during the spring collection viewing before it will go up for auction on the evening of June 5, at the Hilton Hotel in Nicosia. Savva (1924 – 1968) has been one of the first painters to reinvent Cypriot Art introducing it to contemporary currents and modernist trends. This year, Cyprus was represented at the Venice Biennial with an exhibition of artworks by Savva.

Nikos Psatharis, Founder and Managing Director of Psatharis Auction House, notes: “As new markets and newer generations rediscover Cypriot and Greek art of the 19th and 20th centuries, we see the return of rare works to the marketplace. We are privileged to feature such works at auction.” 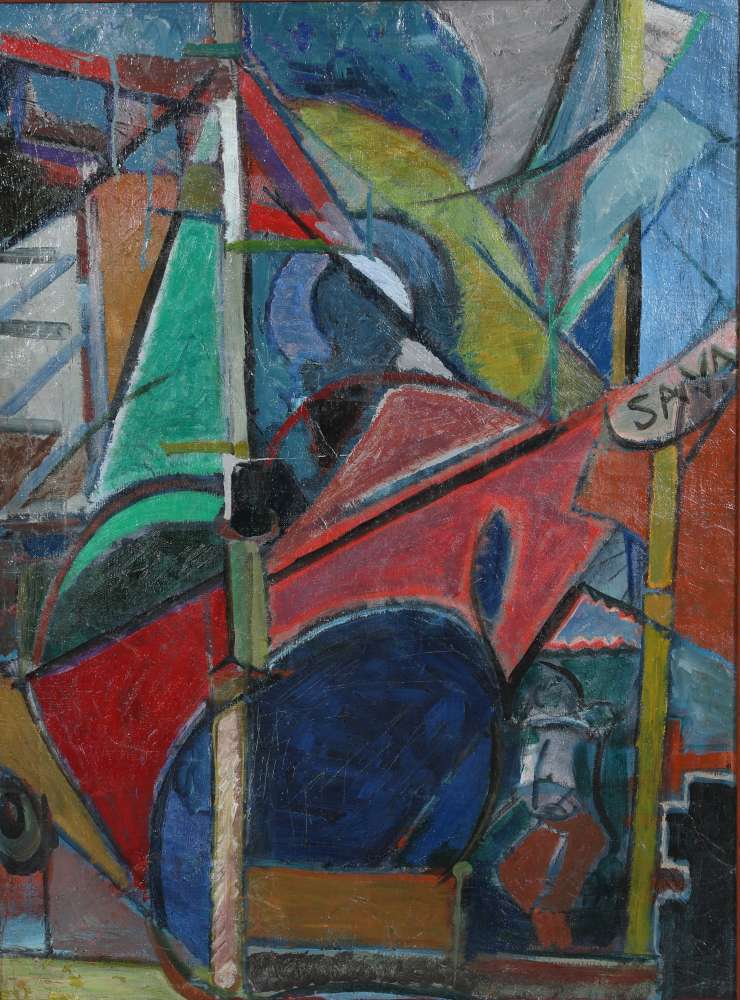 The Psatharis 26th Auction features 106 paintings, three sculptures and 12 rare maps of Cyprus. All the items of the collection will be exhibited for the public on  June 3-5 at the Hilton.

Nikos Psatharis notes: “Even in times of austerity, the art market remains competitive. This is a global phenomenon. Moreover, the fine art auctions market can be directly correlated to the growing number of investors as well as to the proliferation of household wealth.”

The cluster of bare tree trunks contrasts with the vibrant greens to render a mystical atmosphere. The painting is one of the most unique and interesting landscapes of Cypriot art. Diamantis (1900 – 1994) drew inspiration from daily life, particularly rural life. His monumental painting The World of Cyprus capturing the essence of village life is regarded as one of the most recognizable works of contemporary Cypriot painting.

The Harvest is an exquisite painting by leading Cypriot naive artist Michael Kashalos (1885 – 1974). The painterly surface serves as a two-dimensional theatre where the artist projects his narration through circular forms and parallel lines creating movement in still space. Kashalos succeeds in imbuing his flat space with movement to create a powerful composition.

The painting exemplifies the schematized tree shapes, which make up the central theme and the translucent surfaces in the background to render the complexity between light and form. Maleas (1879-1928), whose work has been profoundly affected by the post impressionists, is renowned for bringing a modern approach to Greek art which in the 19th and early 20th century was still dominated by academic realism.

The savvy spectator will notice that the backdrop is subtly shifting to create an unexpected mix with the central geometric roof tops. As forms in the background and foreground meet, extending into one another, the surface becomes vivid with pulsating energy. Kanthos uses colour masterfully to recreate the beautiful Cyprus landscape. Alona was the birthplace of Telemachos Kanthos (1910 – 1993), exceptional colourist and one of the most important painters and engravers of modern Cypriot art.