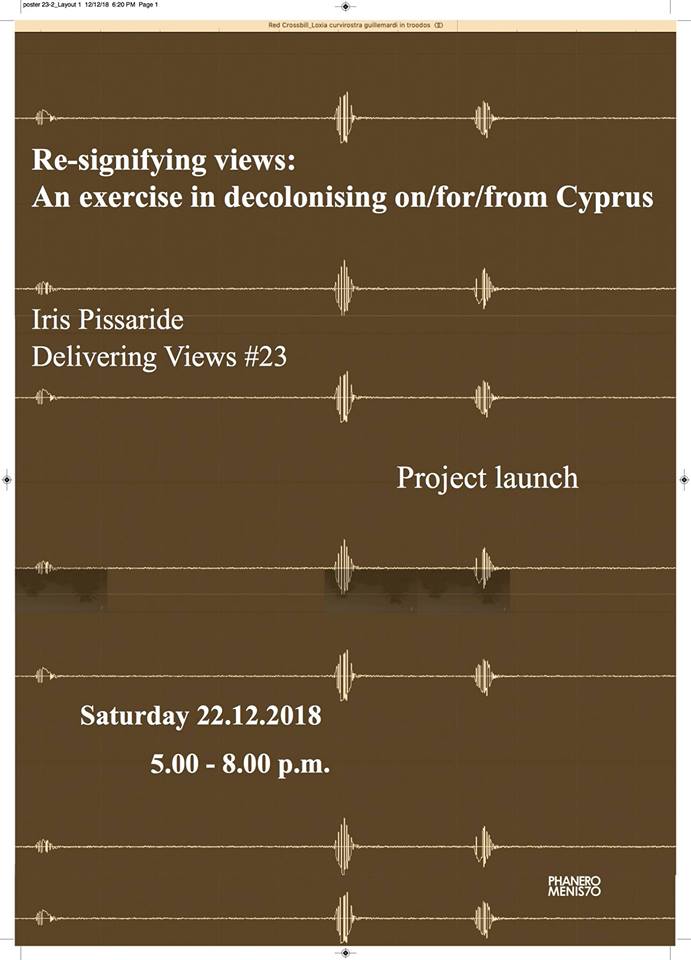 The chapter, entitled Re-signifying views: An exercise in decolonizing on/for/from Cyprus is a belated reply, or response-as-practice, to the writings of Mr. Guillemard who visited Cyprus in 1886 to explore it. As such, the chapter is a re-direction of images and viewpoints. “While we live in a constant state of coloniality, the histories and interpretations of Cyprus are still based on knowledge produced through a western gaze. In an attempt to open up and highlight understandings that move beyond colonial-western knowledge production, this notebook hijacks topics and themes which are usually used in representing Cyprus.

The goal is to de-link them from their usual imageries by offering “othered” narratives. The new links that arise are those that were de-valued in the western-centric canonization history and imagery in and of the island.”

Iris Pissaride grew up in Kaimakli, attended Pallouriotissa high school, and is currently a PhD candidate in Sociology at the University of Cambridge (ESRC DTP Scholar, Cambridge Trust Scholar). She is also the editor-in-chief of the Amsterdam based journal for the arts and humanities “Kunstlicht”.