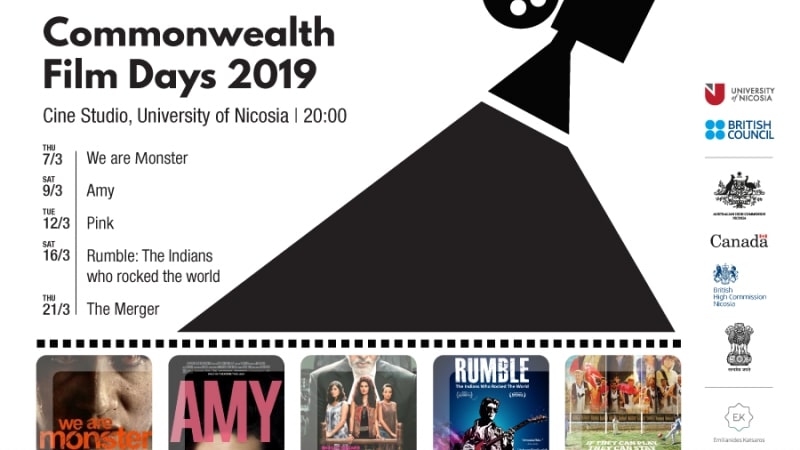 Commonwealth Film Days 2019 will take place at Cine Studio (University of Nicosia) in March – the month in which Commonwealth Day is celebrated – and features five screenings, which exemplify the diversity that the Commonwealth represents. Entrance for all the screenings is free of charge.

THE LINE-UP OF FILMS IS THE FOLLOWING:

AMY
Asif Kapadia (UK 2015,123’)
Language: English | Subtitles: Greek
A documentary on the life of Amy Winehouse, the immensely talented yet doomed songstress. We see her from her teen years, where she already showed her singing abilities, to her finding success        and then her downward spiral into alcoholism and drugs.

The leading actor and co-producer of the film The Merger, Mr. Damian Callinan, will be present at the screening (Thursday 21 March, 2019) to discuss with the audience.

By In Cyprus
Previous articleInternational Women’s Day: the women in UNFICYP
Next articleKarpasia road fatality was on way to see injured husband, children in hospital

Art Exhibition “Where do the open doors invite to?” on October 1 -16