Cello & Piano Recital at The Shoe Factory on March 30

French cellist Marc Coppey first came to international attention in 1988, when at the age of 18, he won the First Prize and the Special Prize in the Leipzig Bach Competition. It was there he also first came to the notice of Sir Yehudi Menuhin, who invited Marc to perform along with him and Victoria Postnikova the Tchaikovsky Trio in Moscow and Paris – a collaboration documented on film by the eminent film director Bruno Monsaingeon.

In 1989, Mstislav Rostropovich invited Marc to the Evian Festival and his solo career quickly took off thereafter. Nowadays, Marc Coppey is considered one of the leading cellists in the world, appearing as a soloist with numerous important orchestras and boasting an impressive discography, which has received great critical acclaim.

Esthonian pianist Peter Laul is the First Prize winner as well as the Special Prize winner at the Bremen International Piano Competition in 1995, and the First Prize winner at the Scriabin International Piano Competition in Moscow in 2000. He regularly appears as a soloist with legendary orchestras, while his memorable recital performances have taken him to the most illustrious venues in the world. For their recital in Nicosia, on Wednesday 30 March 2022, at The Shoe Factory / 8:30pm, Marc Coppey and Peter Laul will join forces in an impressive programme comprising works for cello and piano by Beethoven, Shostakovich, Fauré and R. Strauss. 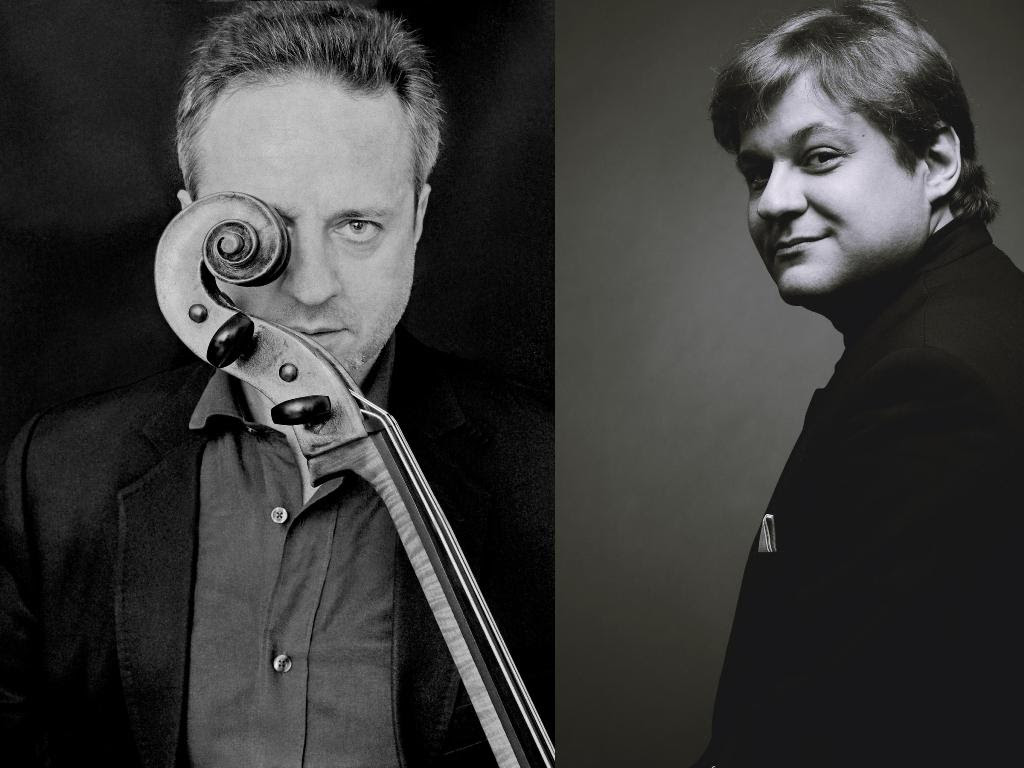 Marc Coppey is considered one of today’s leading cellists. He first came to the notice of Sir Yehudi Menuhin in 1988, when at the age of 18, he won the First Prize and the Special Prize for the Best Bach Performance in the Leipzig Bach Competition. Soon after, he made his Moscow and Paris debuts performing the Tchaikovsky Trio with Menuhin and Victoria Postnikova, a collaboration documented on film by the illustrious film director Bruno Monsaingeon. In 1989, Mstislav Rostropovich invited Marc to the Evian Festival and his solo career quickly took off thereafter.

Nowadays, Coppey appears as a soloist with some of the world’s leading orchestras, under the baton of distinguished conductors, including Eliahu Inbal, Rafael Frühbeck de Burgos, Yan-Pascal Tortelier, Alan Gilbert, Christian Arming, Alain Altinoglu, Michel Plasson, amongst numerous others. He frequently appears in the most prestigious concert halls – Wigmore Hall in London, Schauspielhaus in Berlin, Concertgebouw in Amsterdam, Salle Pleyel, Théâtre des Champs-Elysées, Théâtre du Châtelet, Philharmonie in Paris, Palais des Beaux-Arts in Brussels, Rudolfinum in Prague, Liszt Conservatory Hall in Budapest, Great Hall of the Moscow Conservatory, Philharmonie in Saint-Petersburg, Casals Hall in Tokyo and Metropolitan Museum in New York, to name but a few. He is a regular guest of renowned festivals such as Radio-France Montpellier, Strasbourg, Stuttgart, Kuhmo, Prades, Lisbon, La Roque d’Anthéron, Monte-Carlo, “Folle Journée” in Nantes and Bach Fest in Leipzig.

A passionate chamber musician, Marc Coppey has extensively explored the cello’s repertoire with other renowned soloists as well as the Takacs, Tokyo, Prazak, Modigliani, Ebène and Talich Quartets. From 1995 until 2000, he was the cellist of the celebrated Ysaÿe Quartet. The breadth of his repertoire is proof of his profound inquisitiveness: besides the established cello repertoire, which he continually performs, he is also an avid exponent of lesser known works and many contemporary composers have dedicated works to him. Notable was his appearance at the Paris Philharmonie in March 2015, where he premièred ten works for solo cello by some of today’s most prominent composers as a tribute to Pierre Boulez.

Marc Coppey’s impressive discography has received critical acclaim worldwide. It includes albums for the Naïve, Decca, Harmonia Mundi and K617 labels. His release of the complete Bach Suites was awarded Télérama’s ffff and an album dedicated to Dohnányi was awarded “10 de Répertoire”. His discography also includes a recording of Dutilleux’s Cello Concerto and André Caplet’s Epiphanie for Orchestra and Cello with the Liège Orchestra under the baton of Pascal Rophé, which received five stars from BBC Music Magazine, a Diapason d’Or and a “Choc” in the Monde de la Musique.

In addition to his concert career, Marc Coppey is also a professor at the Conservatoire National Supérieur de Musique de Paris and gives master-classes all over the world. He is the Artistic Director of the ‘Musicales de Colmar‘ Chamber Music Festival, and since 2011, Music Director of the Zagrebacki Solisti (Zagreb Soloists). In 2014, Coppey was made Officier des Arts et des Lettres by the French Ministry of Culture. He performs on a rare “Van Wilgenburg” cello by Matteo Goffriller (Venice, 1711).

Peter Laul was born into a musical family in St. Petersburg, and received his education at the St. Petersburg Conservatory, where he studied with Prof. Alexander Sandler, and where he has since become a faculty member. He won the Third Prize and the Special Prize for the Best Bach Performance in the Bremen International Piano Competition in 1995 and again, in 1997, he won the First Prize and Special Prize, this time for the Best Schubert Sonata Performance. In 2000, he won the First Prize at the Scriabin International Piano Competition in Moscow and, in 2003, he was awarded the honorary medal “For achievements in the Arts” by the Ministry of Culture of the Russian Federation.

Laul regularly appears in prestigious festivals, more recently, at the Serres d’Auteuil Festival in Paris, Progetto Marta Argerich in Lugano, the “Les Musicales” in Colmar, Arts Square, The Stars of White Nights and The Faces of International Pianism in St. Petersburg, Art November in Moscow, the Kamchatka Spring Festival, the Saint-Riquier Festival, the West Cork Chamber Music Festival in Ireland, the Lancut Spring Festival in Poland, and Le Printemps des Arts in Monaco. Notable was his performance of all 32 Beethoven piano sonatas at the Small Hall of St. Petersburg’s Philharmonic in 2015, which he repeated a year later at the Small Hall of the Moscow Conservatory.

When Wednesday, March 30 at 8:30 pm
Where The Shoe Factory
Location
Tickets