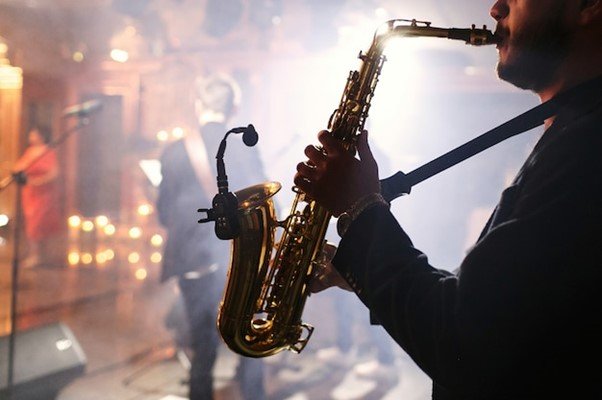 George Bizios with electric guitar and Christos Yerolatsitis with piano will get together at Technopolis 20, to perform series of original arrangements for guitar and piano written by G. Bizios. Also enjoy glimpses of modern and contemporary jazz repertoire.

George Bizios (electric guitar) and Christos Yerolatsitis (piano) get together at Technopolis 20, to perform a series of original arrangements for guitar and piano written by G. Bizios. The repertoire consists of a diverse collection of pieces and songs from various periods of jazz and rock music, including compositions by Hoagy Carmichael, Monk, The Beatles and Nirvana – all adapted in the world of modern and contemporary jazz. What comes to complete these arrangements is of course the element of improvisation, through which the duet focuses on interactivity in order to explore various aspects of the contet of each composition. Enjoy this performance on the warm inside place of Technopolis 20, on Tuesday 15th of November 2022, at 20:00.

George Bizios is a guitarist and composer from Limassol. In 2019 he graduated from the ArtEZ conservatory in the Netherlands with a BA degree in jazz and pop guitar. Since then he has been active in Cyprus working with various music and performing arts ensembles as a creator and collaborator. Some of his personal works have been presented in residency programs and festivals around the island such as Xarkis (2019), The yard.residency (2019), Cyprus Jazz and World Music Showcase (2018, 2020, 2021), Nicosia Pop Up Festival (2021), Open House Festival (2022) and more.

Christos Yerolatsitis is a Cypriot pianist and composer. With an interest in various genres of music, Christos’ music can be described as colourful, intuitive and diverse. Christos moved to the Netherlands in 2008 where he lived for 9 years. Soon after his arrival, he entered the Dutch jazz scene and played around the country with well-known artists such as Benjamin Herman, John Ruocco, Simon Rigter, Ben van den Dungen, Ben Van Gelder and others. In 2016 he appeared in the biggest theatres of the country with the ‘Eef van Breen Group in collaboration with the extremely successful theatre production Borgen’.

In 2017, he moved to Mumbai, where he worked as the Head of the Piano Department at the True School of Music, one of the largest music schools in India. During his time in India, Christos performed with several bands at various music festivals and jazz clubs, and shared the stage with such names as Randjit Barot (John Maclaughlin’s drummer) and Erik Truffaz (trumpeter), as well as Indian musicians like Sabir Khan (Indian Sarangi) and Bangalore Amrit (Indian Khanjira). Today Christos is mainly based in Cyprus, while he collaborates with various international bands.