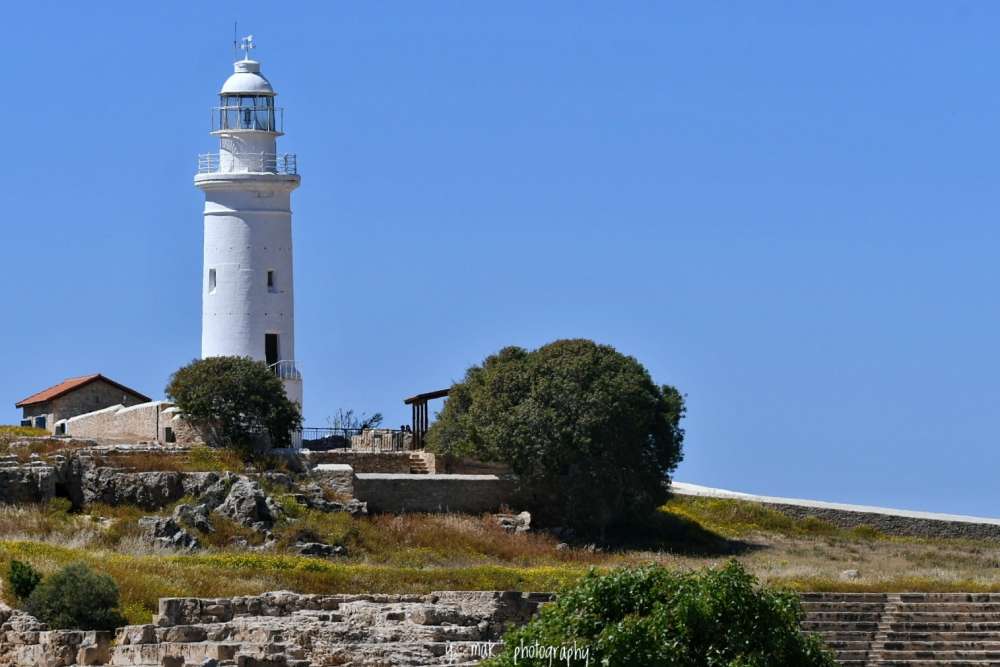 Paphos Lighthouse in Kato Paphos is considered among the city’s most prominent sites, albeit a relatively contemporary building.

The 20m high whitewashed masonry tower was built in 1888, when Cyprus was under British administration and the island was a key military base protecting the route of ships travelling through the Suez Canal to the colonies. The light acted as a landfall marker for shipping destined for Paphos harbour from Britain. With a focal height of 36m above the sea, its light can be seen for 17 nautical miles, and consists of a long flash of white light every fifteen seconds.

The Lighthouse has a single gallery and lantern. Enclosing the tower is a compound containing the keeper’s house and outbuildings.

Nowadays, the Department of Antiquities proceeds with the restoration of the wider area of the Lighthouse, due to its significance for the cultural heritage of Pafos.