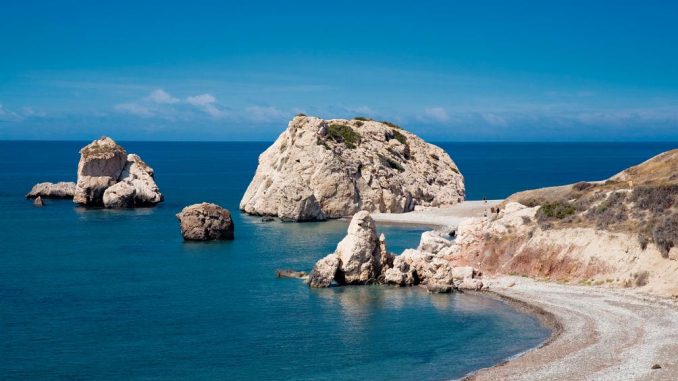 Aphrodite’s mythical birthplace ‘Petra tou Romiou’ is an interesting geological formation of huge rocks along one of the most beautiful coastlines on the island, located on the southwest coast of the Pafos (Paphos) district.