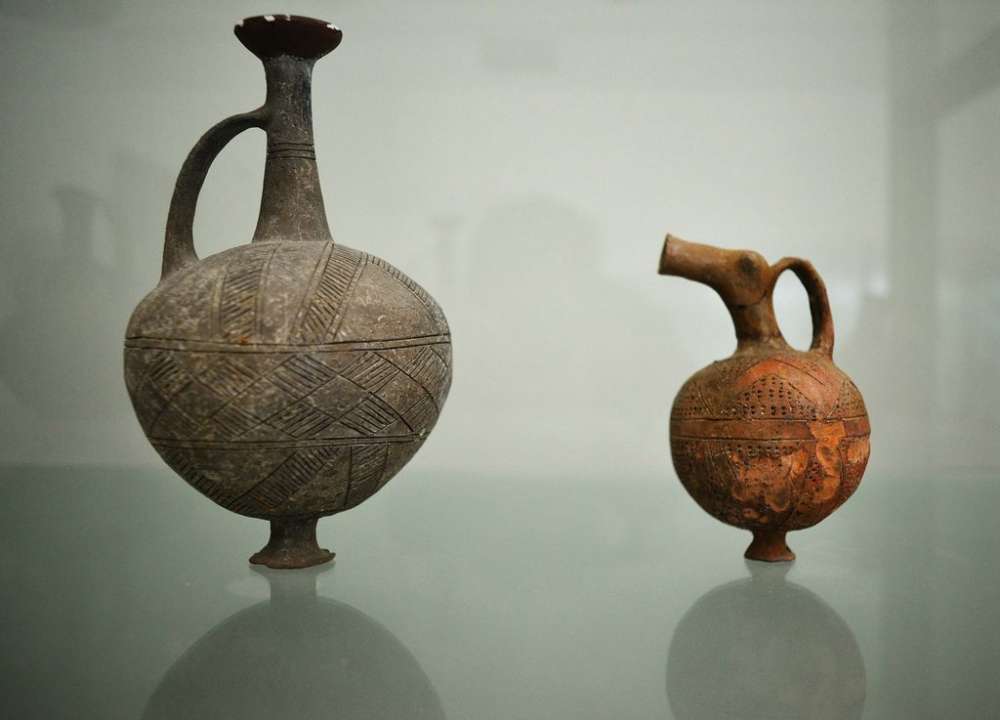 The Archaeological Museum of the Pafos District is located on Griva Digenis Street at the town’s entrance. It houses a large number of archaeological objects found at the most interesting sites of the Pafos district area, representing all the Prehistoric and Historic periods. Founded in 1964 after Cyprus’ independence and financed by the government of the Republic, it was built to shelter the objects, that until then were kept in the complex of the Turkish baths. In 1989 a new exhibition gallery was added to the west wing of the building.

The Museum consists of five exhibition rooms and one penthouse in the museum’s yard where the inscriptions and other marble and limestone objects are exhibited.

In Room I finds from prehistoric sites of the Pafos area are exhibited, namely from the Chalcolithic sites of Lempa and Kissonerga. The same room also houses a collection of ceramic vessels representing all the phases of the Bronze Age. In a special case bronze and iron artifacts are on display, which were found at many sites of the area. Finally, a small collection of jewellery is displayed in a small case.

Objects in Room II represent the Archaic and Classical periods in the Pafos area, with finds from Palaipafos, Marion, Nea Pafos and other small sites. Local pottery is on display aside from imported pottery from Athens which demonstrates the important trading relations between the two cities. The same room houses a collection of coins belonging to the Pafos and Marion kingdoms as well as coins dated to the Hellenistic and Roman periods.

Exhibits in Room III represent the Hellenistic and Roman periods as well as an interesting collection of stone sarcophagi dating to the Hellenistic period, and the Roman marble sculptures. Of special interest is a unique collection of clay vessels, found in Nea Pafos, which were used for therapeutic purposes. These would have received hot or cold water and were moulded to fit onto the different parts of the human body.

Objects in Room IV come from excavations in Kato Pafos, from the House of Dionysos, mural paintings from houses and tombs, Roman pottery and some finds representing the Early Christian period and the period of the Arab raids.

Room V houses the collection of medieval antiquities found in Kato Pafos, in the Chrysopolitissa and Saranta Kolones localities, namely decorated glazed pottery and other items such as glass vessels, as well as stone sculptures and mural paintings of the Frankish and Venetian periods.