The Museum of Shoemaker Christos Chrysanthou 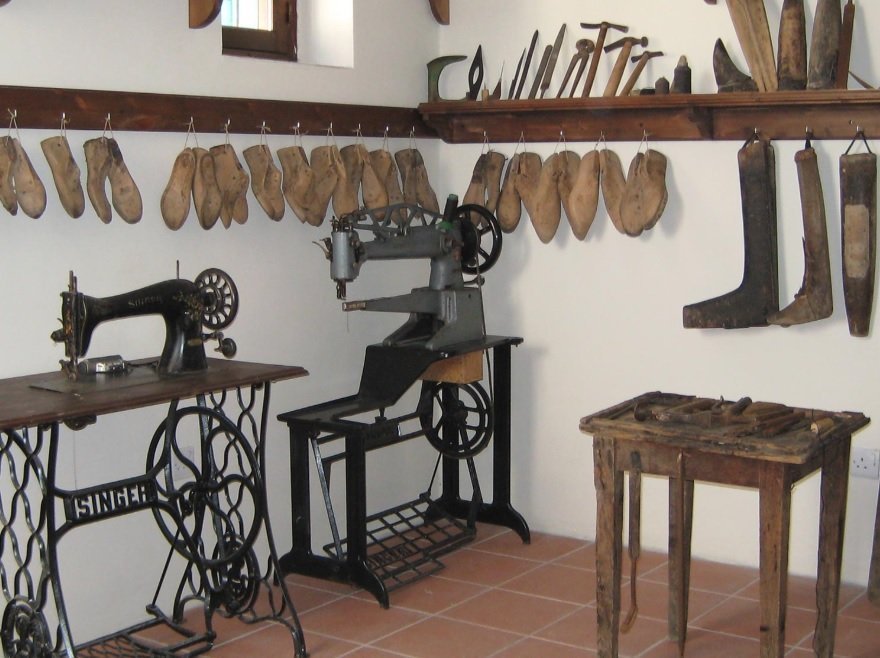 Displayed in the Museum are the tools of the shoemaker’s craft and the machines of Christos, who was known for his skills in the surrounding villages. The forming patterns called ‘moles’, the leathers and the note books with the credit, in addition to the photographs of high-profiled people which adorned his store, complete his shoemaker’s store.

The humble bench of Christos the shoemaker, which was made in 1920, and the tools that were so extensively used, cause a shivery emotion. The thirty pairs of shoe trees separated for children’s, women’s and men’s shoes, the shoe trees for the men’s boots and the women’s buskins, fixed up in order, make a particular impression.

Situated in a corner is the family table manufactured in 1926. On top of it is the wine, the ‘zivania’ and the vegetables of Chief Christos. Right above it are four photographs depicting the area’s best dancer while dancing in community events, which are of particular interest.

Presented right next to it, is the gear of the hunter Christos. A 1936 gun with the traditional back-pack called ‘vourka’, his belt and his canteen, an iron basket with its trap nets and a rabbit trap, comprise a fine set. These are the three ways he used in order to hunt during his entire life.

Displayed high, above a traditional wooden shelf called ‘souvantza’, are some of the tools of the farmer Christos. What is of particular interest is his pruning hook which has his name engraved on.

Courtesy of the Community Council of Spilia / Kourdali