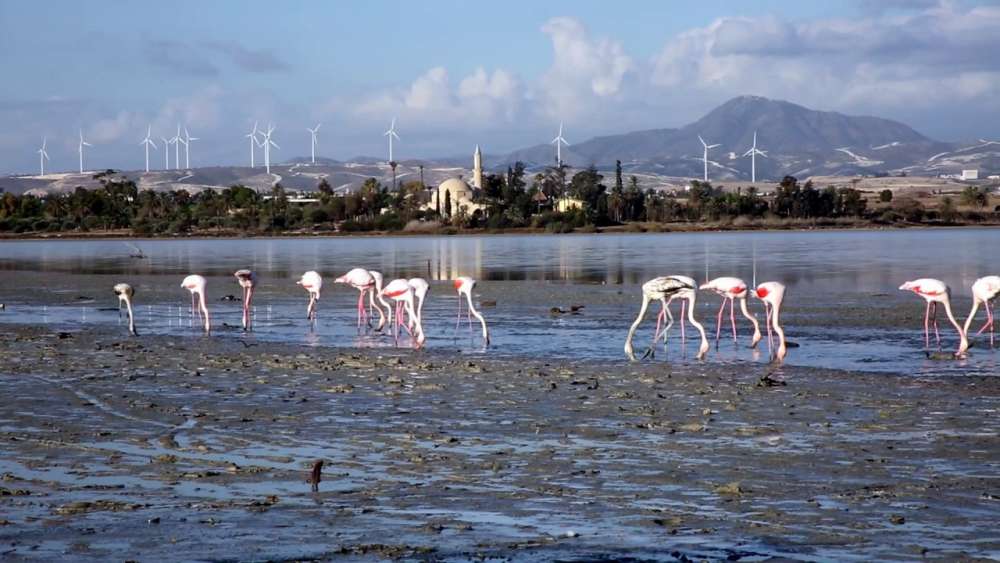 Larnaca salt lake is one of the most important habitats in Europe for water fowl. Scores of flamingos, wild ducks and other water or shore fowl find refuge here in winter on their migratory journeys. Archaeological finds show that the salt lake area and that of the nearby mosque has been inhabited since the Neolithic age. In prehistoric times the salt lake was a harbour that served the town, unearthed here near where the Hala Sultan Tekkesi mosque stands today.

The town was one of the large urban and commercial centres of Cyprus in the Late Bronze age (1650-1050 BC). When the town was abandoned, the estuary silted up, the natural harbour was destroyed and the salt lake was formed. Salt was a valuable product of the lake, commercially exploited for many centuries. A nature trail has been created along the banks of the lake connecting the area with the Aphrodite Cultural Route.