Thieves grab jewels, treasures worth ‘up to a billion euros’ in Dresden 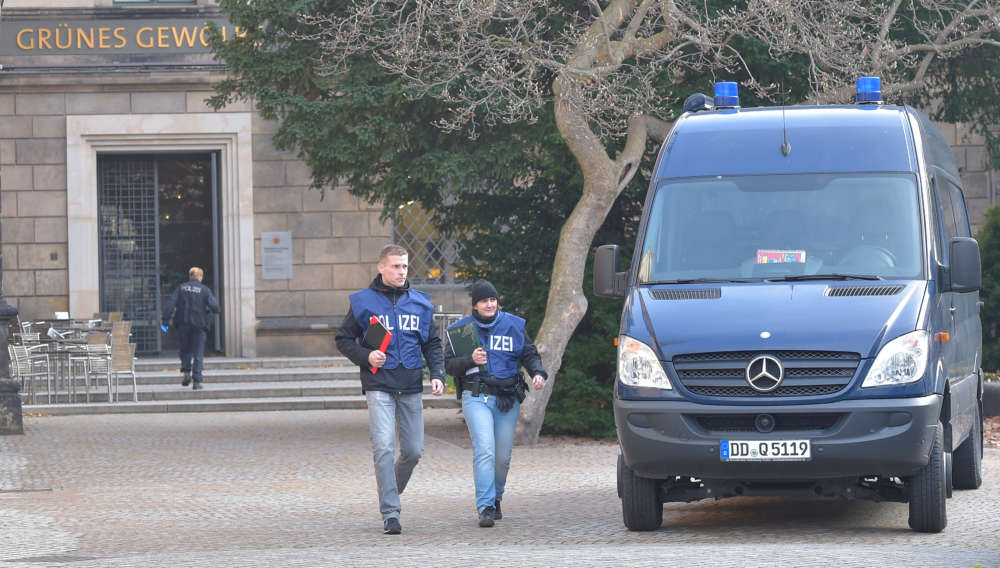 Security camera footage showed two men breaking into the Green Vault museum in the baroque palace of Dresden via a grilled window. They then smashed three display cases, removing the ensembles, or parures, kept in them.

Describing the stolen works as “priceless”, museum director Marion Ackermann said it would be impossible to sell them on the open market.

“We are talking here of objects of immeasurable cultural value,” said her colleague Dirk Syndram. “It’s almost world cultural heritage. There is nowhere else a collection of jewelry in this form, quality and quantity.”

Earlier, Bild newspaper reported that thieves had grabbed jewels and other treasures worth up to a billion euros.  It said the intruders cut the electricity supply in Dresden’s Gruenes Gewoelbe, or Green Vault museum, which houses one of Europe’s largest collections of jewellery and court riches.

Police sealed off the building in Dresden’s Baroque city palace and said they were still trying to work out what was missing. “We have not identified a perpetrator and nor have we yet made any arrests,” police spokesman Marko Laske said.

The collection was founded in the 18th century by August the Strong, Elector of Saxony and later King of Poland.

One of its best known treasures – the 41-carat Dresden “Green Diamond” – was away on loan to New York’s Metropolitan Museum of Art at the time of the break-in.

Other exhibits in Dresden include a table-sized sculpture of an Indian royal court from the 18th century, made out of gold, silver, enamel, precious stones and pearls.

Another is a 1701 golden coffee service by court jeweller Johann Melchior Dinglinger, decorated with lounging cherubs.

The treasures of the Green Vault survived Allied bombing raids in World War Two, only to be carted off as war booty by the Soviet Union. They were returned to Dresden, the historic capital of the state of Saxony, in 1958.

The theft was a blow to the whole state, its premier, Michael Kretschmer, said.

“The works in the Green Vault and the Palace were built up by the people of Saxony with many centuries of hard work,” he said.