There would be no Cyprus problem if Turkey had not violated international law, diplomat says in UN debate 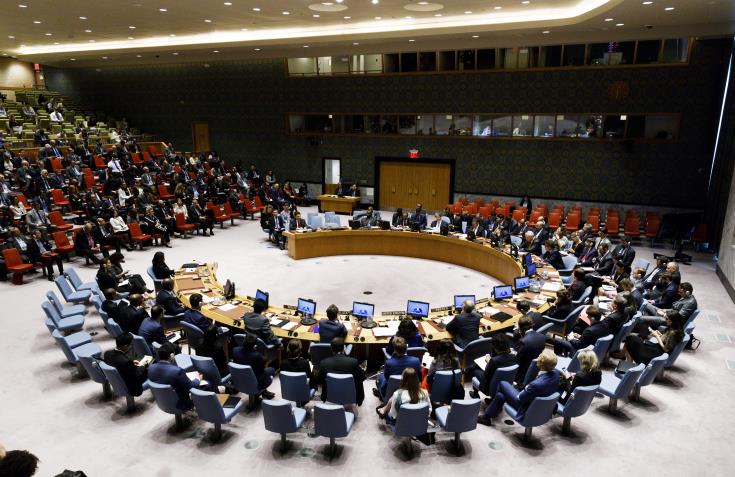 “In the case of Cyprus, if the rules of international law had not been violated by Turkey the Cyprus problem would not have arisen,” Charge d’Affaires Menelaos Menelaou said in his intervention.

And if these rules are applied today, in other words if Turkey had implemented what it preaches, he pointed out, “the main aspects of the problem, and especially the international aspects which form the heart of the issue, can be solved fairly for all parties concerned and in the interest of international peace.”

“The Republic of Cyprus remains unequivocally committed to the principle of peaceful settlement of disputes,” he said.
According to Menelaou “two examples of this, are, its steadfast commitment and continued support to the UN brokered peace process in Cyprus, and its acceptance of the compulsory jurisdiction of the International Court of Justice.”

“This commitment is also the cornerstone of our policy of trilateral partnerships which we have established with our neighbouring countries, Greece, Israel, Egypt, Jordan, Lebanon and Palestine, founded upon our adherence to the need for stability and good neighbourly relations as the bedrocks for peace and prosperity for all countries and peoples in the extremely volatile region of the eastern Mediterranean,” he added.

The Cypriot diplomat further referred to international law as reflected in the UN Convention on the Law of the Sea noting that “considering that the UNCLOS provisions, reflect customary international law, and are thus binding on all States, we urge States to act in conformity with the Convention and refrain from actions in violation of article 2(4) of the UN Charter prohibiting the threat as well as the use of force and promote the peaceful settlement of maritime disputes.”

“Turkey’s actions in the Eastern Mediterranean, escalated to the threat of use of force, interfere with the authority of Cyprus to exercise its inherent and inalienable sovereign rights to explore and exploit its offshore natural resources and they constitute a striking example of the “gun-boat diplomacy” methods used by this country endangering the peace and security of the region,” he said.

A Conference on Cyprus in the context of UN led talks for the reunification of Cyprus under a federal roof, which took place in the Swiss resort of Crans-Montana last summer ended without an agreement.

SAIPEM 12000 drillship, commissioned by Italian energy company ENI, to start drilling operations in block 3 of Cyprus’ Exclusive Economic Zone (EEZ) was halted by five Turkish warships last Friday morning while making a new effort to reach Soupia target, which it was unable to fulfil due to Turkish threats.

In February, Saipem had to halt its transfer journey to block 3 of Cyprus EEZ, when it was stopped by Turkish military ships with a notice not to continue because there would be military activities in the destination area.

By In Cyprus
Previous articleLimassol: 18-year-old motorcycle driver dies in new lethal accident
Next articleTemperature expected to rise to 38 degrees this weekend