There must be no deviation from a bizonal, bicommunal federal model for Cyprus, EPP underlines 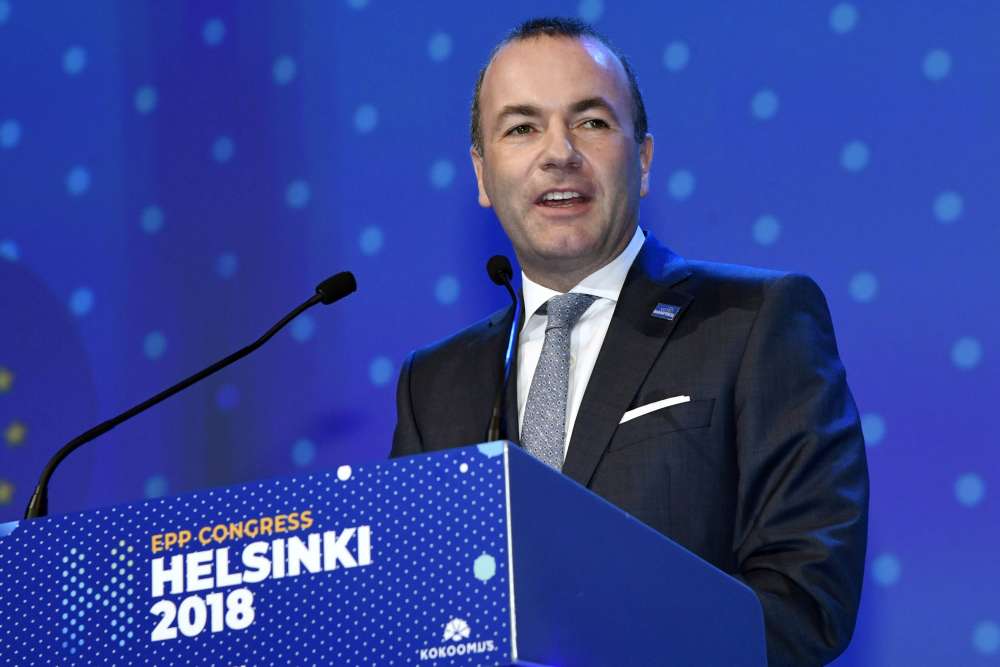 The European People`s Party (EPP) has stressed that it will not accept any attempt by Turkey for the creation of two states in Cyprus, underlining that there should be no deviation from the framework of the negotiations based on a bizonal, bicommunal federal model for Cyprus established by the UN and Security Council resolutions, as well as on the parameters set out by the UN Secretary General, Antonio Guterre,s in Crans Montana.

In an emergency resolution on the Cyprus problem adopted unanimously at the EPP Congress taking place in Helsinki, the party underlined that “in this particularly sensitive period, there is an urgent need for the resumption of negotiations between the two communities under the auspices of the United Nations Secretary General’s Good Offices Mission,” Furthermore, it condemned Turkey’s threats to disrupt the Republic of Cyprus’ drilling program within its Exclusive Economic Zone, with the dispatch of air and naval forces, calling upon Ankara to respect the sovereign rights of the Republic of Cyprus over its Exclusive Economic Zone.

The resolution submitted by the ruling Democratic Rally (DISY) party leader, Averof Neofytou, said that EPP reiterates its support for a comprehensive, sustainable and viable settlement of the Cyprus problem, in accordance with the relevant UN Security Council resolutions and in line with EU law, values and principles, including the principle of subsidiarity. “The settlement process should be Cypriot led, aiming to reunify the island as a bizonal-bicommunal federation. The EPP underlines that the 44 years of military occupation imposed by Turkey on the Republic of Cyprus must cease and expresses its deep regret for the recent stalemate in the negotiations,” the resolution said.

Furthermore, it noted that considerable progress and convergences were achieved during a process that led up to the Conference for Cyprus at Crans Montana in July 2017. “Yet the intransigence of Turkey on the issue of Security and its insistence on maintaining the anachronistic system of guarantees and intervention rights, caused the breakdown of the negotiations. Since then, there has been no substantial dialogue between the leaders of the two communities,” it added.

In this respect, the EPP “supports President Anastasiade’s and DISY’s efforts to maintain the dialogue between the two communities and welcomes the initiatives taken in this respect.”

The EPP also underlines that the accession of the Republic of Cyprus to the EU provided an impetus for a solution of the Cyprus problem, in accordance with the EU acquis, values and principles. “To this end, the EPP will not accept any attempt by Turkey for the creation of two states on the island of Cyprus. The EPP also calls upon all parties involved to ensure the continuation of the presence of the UN peace-keeping force in Cyprus (UNFICYP), under its current mandate, until a settlement is reached,” the resolution said.

Moreover, the EPP calls on Turkey “to take all necessary and constructive steps, as were expressed by previous EPP positions, to facilitate the negotiations and condemns any aggressive rhetoric and actions aimed at threatening the sovereign rights of EU member states, to explore and exploit their natural resources in line with the EU acquis and international law, including the UN Convention on the Law of the Sea.”

The EPP furthermore expresses its full support for the energy exploration program of the Republic of Cyprus and reiterates Cyprus’ importance in bolstering the EU’s energy security and regional energy cooperation, and its strategic role in the Eastern Mediterranean.

“Considering the above, the EPP remains fully committed to supporting the negotiation process for a just, sustainable and viable solution to the benefit of all the people of Cyprus, without the presence of foreign troops, guarantees or intervention rights of any foreign state, so that a reunited Cyprus will be able to function as a normal EU member state,” the resolution said.

Cyprus has been divided since 1974, when Turkey invaded and occupied its northern third. Repeated rounds of UN-led peace talks have so far failed to yield results. The latest round of negotiations, in July 2017 at the Swiss resort of Crans Montana ended inconclusively.