There is still willingness in principle in Nicosia, Athens for dialogue with Ankara-Germany 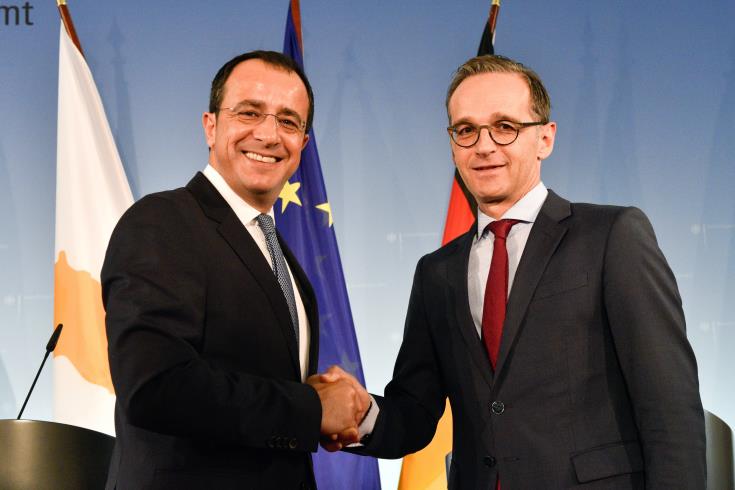 It is clear there is still a willingness in principle in Nicosia and Athens for dialogue with Ankara, the spokesman of German Foreign Minister Heiko Maas said late on Wednesday after the official’s visit this week to Cyprus and Greece.

And that the package that was decided at the European Council regarding the European policy towards Turkey will remain, at least until December, the guideline for action for all EU partners.

Christopher Burger also said: “We should certainly discuss this issue as well with Turkey  at the right time.”

On Tuesday Maas said it was now up to Turkey in particular to restore the lost trust and create a climate in which such exploratory talks can have success.

“That is why the Turkish side must refrain from unilateral provocations,” he added.

Cyprus has been divided since 1974, after Turkey invaded and occupied its northern third.

Moreover, Turkey’s President Recep Tayyip Erdogan and “prime minister” of the Turkish Cypriot puppet regime Ersin Tatar announced last week in Ankara the partial opening of  Varosha beach in the abandoned town of Famagusta. And two days later they did so in full violation of numerous UN resolutions.

Varosha, the fenced off section of the Turkish occupied town of Famagusta, is often described as a ‘ghost town’. UN Security Council resolution 550 (1984) considers any attempts to settle any part of Varosha by people other than its inhabitants as inadmissible and calls for the transfer of this area to the administration of the UN.