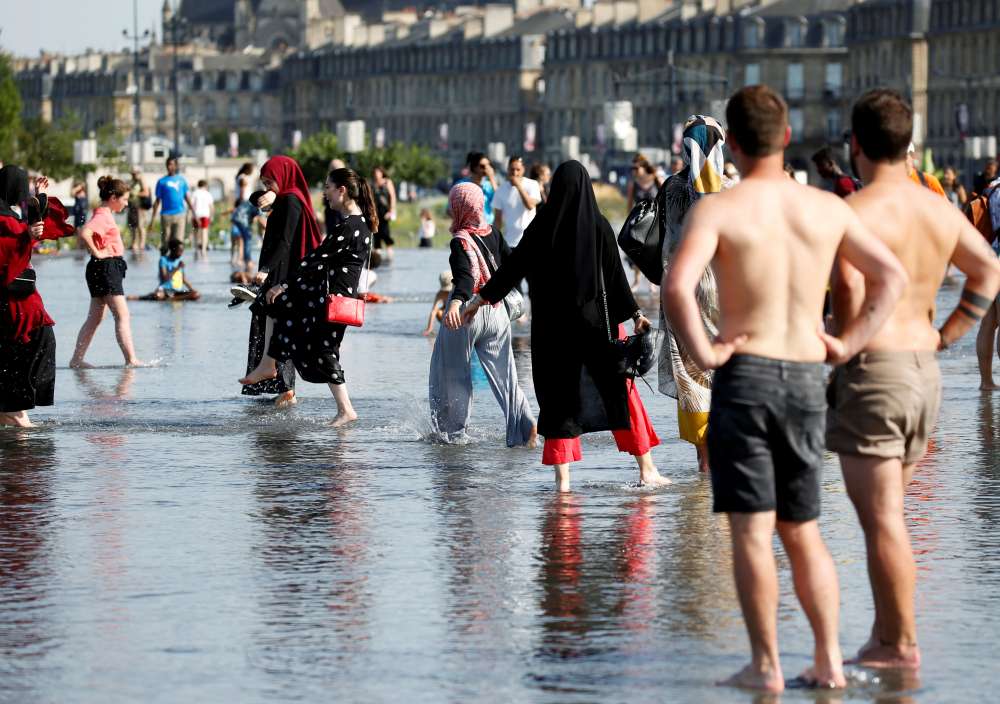 Wildfires raged across Catalonia and French authorities stepped up restrictions on water use and driving in cities as swathes of western Europe remained gripped by a powerful heatwave.

Temperatures climbed towards 44 degrees Celsius in parts of northern Spain and southern France, driving many people to seek relief in the sea, rivers, lakes, fountains and swimming pools.

Spanish firefighters struggled to douse wildfires across nearly 10,000 acres (4,000 hectares) in the northeastern region of Catalonia. They warned that the affected area could increase as much as fivefold because of the intense heat and winds.

Helicopters dumped water on the fires, which raged some 80 km (50 miles) inland from the coastal town of Tarragona. There were no reports of casualties, but the regional government said some 30 people had been evacuated from farmhouses in the area.

The wildfires are among the worst Catalonia has seen in 20 years, the regional government said.

In neighbouring France, authorities extended restrictions on vehicles, already imposed in Paris and Lyon, to Marseille and Strasbourg in an effort to curb air pollution.

Some schools postponed summer examinations and parts of northern France were put on drought alert, with water supplies to businesses, farmers and ordinary residents restricted. Agriculture Minister Didier Guillaume announced a ban on the transportation of animals until the heatwave has ended.

The Midi Libre newspaper reported that three people have died on beaches in the south of France so far this week because of the heat, though Health Minister Agnes Buzyn said on Thursday it was too early to give an accurate estimate of the death toll.

“Calls to the emergency services are on the rise nationwide. We are seeing the beginning of a clear impact of the heatwave,” said Jerome Saloman, head of national public health. “For us the worst is still to come.”

There was at least relief for northern Germany on Thursday as temperatures slid to more normal levels for June. In Berlin it was 21 degrees Celsius, down from around 37 on Wednesday.

By In Cyprus
Previous articleDialogue between government and foreign investors to be institutionalised, President says
Next articleEuropean Space Agency posts image of Cyprus