The Tragedy of King Richard the Second – NT Live 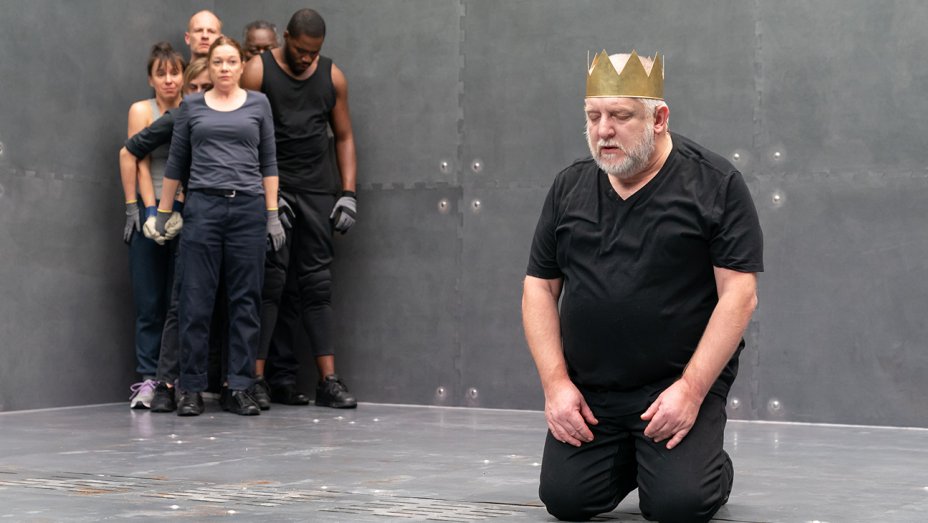 Shakespeare’s Richard II starts his four history plays about the House of Lancaster. King Richard (who ruled from 1377-1399) is a weak monarch, indecisive and irresponsible. With the country on the verge of crisis, nobleman Bolingbroke challenges Richard for the throne, and eventually deposes him – an act which is viewed as the origin for the War of the Roses between the Houses of York and Lancaster.

The play has recently been in the spotlight from the BBC’s series The Hollow Crown, where Ben Whishaw played the troubled King Richard. (Indeed, the phrase ‘the hollow crown’ actually derives from the play itself, when Richard realizes that he is fallible and not protected by his perceived ‘divine right’ to be king.)

The Almeida’s production, however, will be completely different from the period-costume, historically focused BBC adaptation. Director Joe Hill-Gibbins has worked with a specialist adaptor of Shakespeare to cut the original 3-hour long text down to 90 minutes. As a result, it hones in on the key struggle between Richard and the challenger Bolingbroke, in a tour-de-force of power play, back-stabbing and political maneuvering.

The production poses the question, ‘When the country is on the brink of disaster, who is the right person to take charge – and should we trust them?’- which feels like a very pertinent question for our modern times. The aesthetic is stripped-back and contemporary, with all the actors performing within a white box (Richard’s physical and mental ‘prison’), and with only one prop on stage – the Crown.

Playing the title role is Simon Russell Beale, one of Britain’s finest Shakespearean actors and a regular at the National Theatre and the RSC. NT Live audiences may recognize Simon from his brilliant performances in the 2012 broadcast of Timon of Athens and the 2014 broadcast of King Lear. He is a two-time Olivier Award-winner.