‘The Time is Ripe’: 40 G/C and T/C artists create music for unity 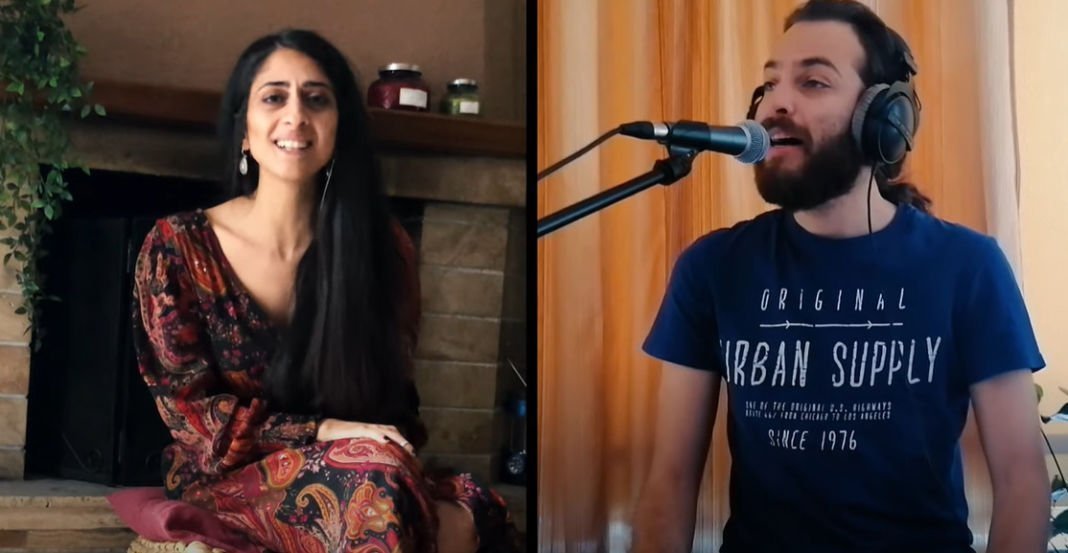 Around 40 Cypriot musicians from the Greek Cypriot and Turkish Cypriot communities have come together under the collective ‘Island Seeds’ to record, with the support of the Home for Cooperation, a trilingual song called ‘The Time is Ripe’ to promote peace and cooperation.

Lefteris Moumtzis, the song’s producer and one of its writers spoke to Maria Panayiotou of Phileleftheros on how the project came to be.

-In the last few years you have been working as coordinator of the music programmes at Home for Cooperation which comprise artists from the two communities. What is the aim of these projects? The aim is to bring together people and musicians from the two sides, for musicians to share the stage, meet and get to know each other’s work, learn how each one experiences life as a musician and form friendships.

– How was the Island Seeds collective created? In the beginning, I reached out to several musicians who had participated in Home for Cooperations’ programmes in recent years. I also received recommendations by Home for musicians that I didn’t know who had worked with them before I did. I also asked around for musicians, especially from the younger generation. Of those I reached out to, 95% said yes and a crazy communication process kicked off about how we would record and shoot the videos, most of which were shot at home by the musicians themselves because of the lockdown.

– ‘The Time is Ripe’ has just been released by Island Seeds with lyrics by you, poet Gürgenç Korkmazel and musician-poet Vassilis Philippou. What was your inspiration for the title? In a way, it means that this is the right time. I am trying to remember how it all happened and I am looking at my notebook where – following a lengthy talk with Vassilis Philippou – I started writing anything that came to mind on the particular subject. I filled two pages and at the end of the second page I wrote: “The time is ripe”. For change. To start with, I felt that for me it was the right time to write a song like this. It was something that had been brewing for quite some time through the concerts at Home and other collaborations and the time was ripe to express this need for a change in the way we perceive each other. Now, what this will bring only time can tell. But we feel that it’s a start.

– How would you describe the song in musical terms? There are musical elements from a number of traditions. This is due to the fact that it is written in three different languages – English, Greek-Cypriot and Turkish-Cypriot – but also because the participating musicians have different musical influences. Each brought their own timbre so we have a song that can be generally considered as folk with elements of bossanova, funk, afrobeat, jazz, rock and electronic music with traditional features from Cypriot music.

– How hard was it to coordinate 40 artists for a song? It was quite a complex process but there was so much joy and enthusiasm by everyone involved – myself included – which made it very pleasant. I was in constant communication with everyone for two weeks answering questions on the song, the recording, the video and whatnot. But with the invaluable work of Andreas Trachonitis in mixing and mastering and video editing by Antonis Pouliasis (another feat), the whole process was enjoyable. I think you can tell from the result.

-Do you think that a momentum is building up from young people that can have an influence on centres of power? I have a lot of faith in young people and the way they see things. For starters, I believe in the musical and artistic work they produce and their open-mindedness and flexibility compared to our generation and I am very curious to see how they evolve. Now, if they can have an impact on decision-makers and in what way, that I do not know. It depends on each person.

*Click here to listen to ‘The Time is Ripe’