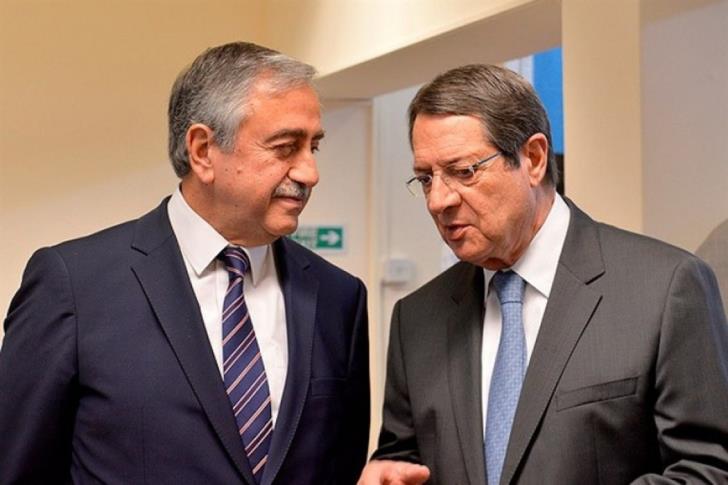 Nicos Anastasiades was in Alexandria, Egyp when informed of Mustafa Akinci’s message, in which he hinted at accepting the Guterres framework as a ‘strategic package agreement, in order to move forward the efforts to solve the Cyprus issue.

The president did not initially want to make a public response since, as he described in a statement, he considered Akinci’s assertions as part of an effort to respond to pressure put on him within the Turkish-Cypriot community. Akinci is pressured to respond to the Çavuşoğlu proposition, according to which the Turkish-Cypriot community has to choose between a solution of two states or a confederation.

The Greek-Cypriot side continues to believe that Mustafa Akinci’s move was a tactical, instead of a meaningful one. In his statement President Anastasiades asked about the two arguably most important parameters of the Guterres framework, those regarding security and the presence of foreign troops. President Anastasiades chose to raise these two points knowing that important progress can be made if the Turkish-Cypriot side accepts these two parameters.

The president’s statement attempted to clarify that the framework talked about was the one put forward on 4th July 2017, and not a different previous framework proposed by Espen Barth Eide. Anastasiades also mentioned the need for a new security plan, the abolishment of unilateral invasive rights and drastic diminishment of the number of foreign troops and asked Akinci for clearness and lucidity so as to avoid misinterpretations, but also to give a clear picture to the Secretary General regarding the conditions that may allow for the dialogue to resume.

It is noteworthy that in the occupied areas, the Akinci statement was also interpreted as a communicative trick and an effort to escape the debate on choosing between confederation and the solution of two states. It should be noted that Mustafa Akinci made yesterday statements in which he attempted to explain his position. It became clear that his original statement referred not to the Guterres framework of July 4, 2017, but to the previous plan proposed by Espen Barth Eide.

Akinci restated his positions which appear to be the same as the ones he held at Crans Montana. He also stated that rotating presidency as well as the 2 to 1 analogy are predicted by the Guterres framework, adding that the territorial map of the framework is the same as the one presented by the Turkish-Cypriot side.