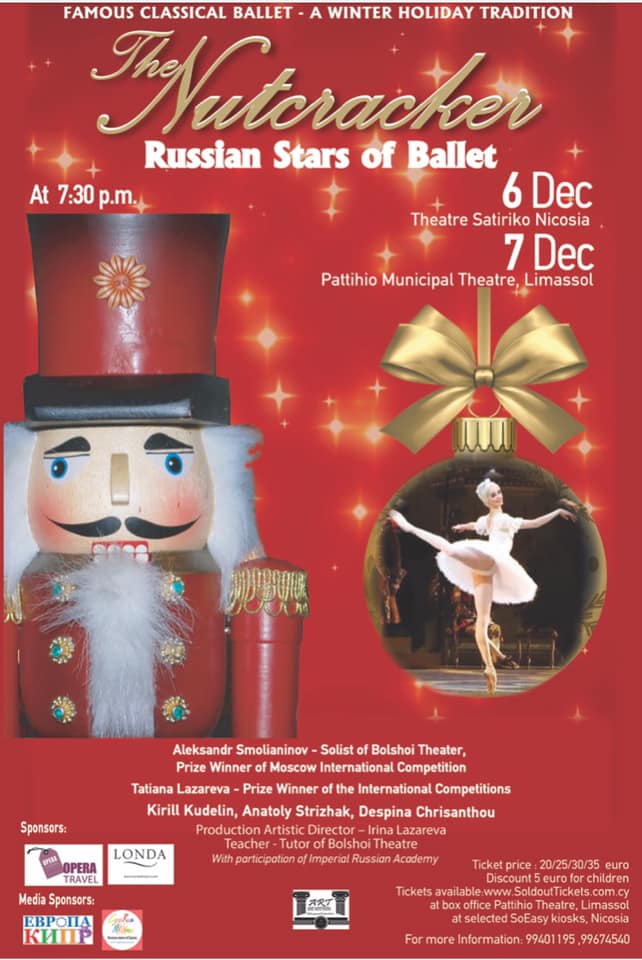 Stars of Russian Ballet – Soloists of Famous Russian Theatres, combined with enchanting original choreography and the iconic score of Pyotr Ilyich Tchaikovsky will make your evening special and unforgettable!

The Nutcracker will capture your imagination and transport you to a magical world of brave toy soldiers and dancing snowflakes. Follow Masha as she embarks on her journey filled with colorful characters, breathtaking costumes, and majestic scenery.

With the participation of the Imperial Russian Academy

The Nutcracker ballet is based on the book “ The Nutcracker and the Mouse King” written by E.T.A Hoffman. In 1891 the legendary choreographer Marius Petipa commissioned Tchaikovsky to write the score for “ The Nutcracker “ Ballet. In 1892 “ The Nutcracker” was first shown in St. Petersburg, Russia and has since travelled the world and increased its reputation as one of the premiere ballets shown today.

The popularity of this ballet is immense and it provides an unforgettable spark to everyone’s winter season.

The Nutcracker tells the story of a young girl Masha, who is given a Nutcracker doll for Christmas. After being broken by her brother, Masha cares for the wounded nutcracker, which later saves her from the evil Mouse King and is then transformed into a heroic prince. Together the prince and Masha travel to an enchanted island where celebrations, hosted by the Sugar Plum Fairy, are held in their honor.

This ballet is a magical fantasy which brings families together for a special time of shared enjoyment.