The Guardian: meet the chefs working together across the divide 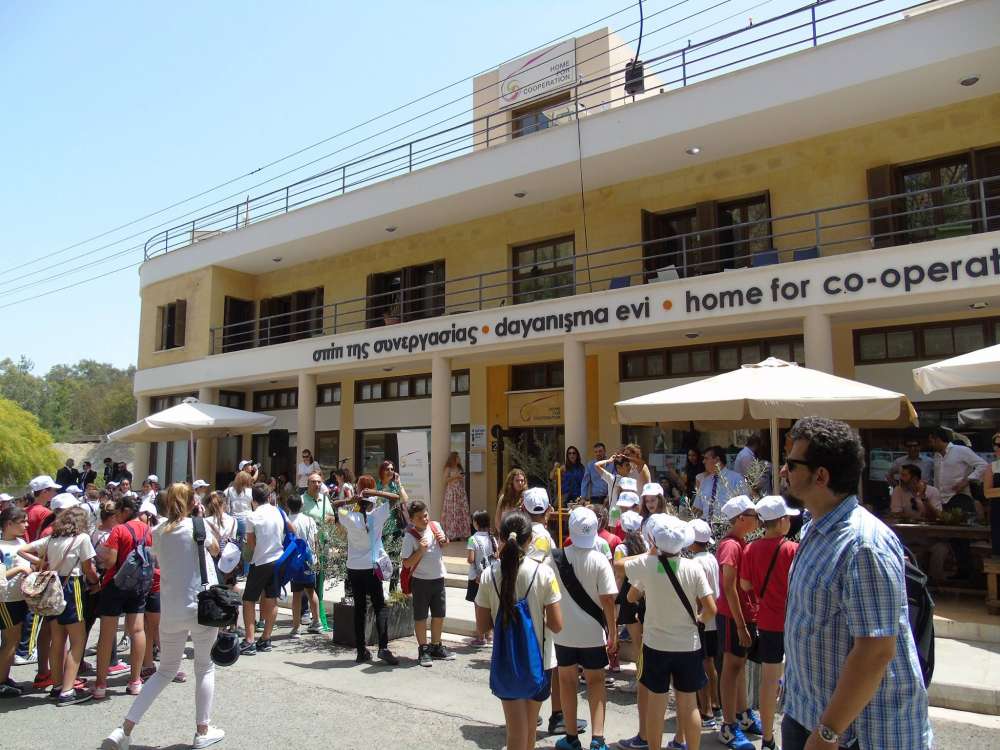 The Observer, part of the Guardian Media Group, ran a feature on Sunday about chefs from politically opposite sides of conflict-ridden countries who work together.

Among a Palestinian-Israeli kitchen duo and a former Farc guerilla and a soldier who work together in a restaurant in Colombia, the newspaper interviewed Feray Yalcuk and Maria Loucaidou of the Home for Cooperation.

The two women run the Home Cafe in the Nicosia buffer zone. “You could say my daily commute to work is quite out of the ordinary. I used to have to show my ID to the police to be allowed across the border and into the buffer zone, but they know me now and just wave me through,” Feray says.

She admits that before Maria she never had a close relationship with a Greek Cypriot.

“When we were children, Greek Cypriots were presented to us as monsters… Maria is the first Greek Cypriot I’ve come to know well. We’ve proved to ourselves that the tensions we may have once felt do not need to exist,” Feray says.

Maria, who quit her job as an architect to work at the Home Cafe, says that she too never had a Turkish Cypriot friend before. “I got to know Feray quickly when we began working together. We now manage the café as a team and we often cook together. She is the first Turkish Cypriot I have got to know well and it turns out our cultures have so much in common, although it was a mutual love of food we first bonded over.”

Both admit that food brings people from both sides of the divide together. “Where possible, we use names for dishes that all three languages have in common, like mujaddara, a staple of lentils and rice. Maria and I are a team – she’s taught me what that really means. When she’s making chicken souvlaki I make the cacik (a dish of yogurt, cucumber, dry mint, garlic and olive oil) to go alongside,” Feray says.

“We cook traditional food – dolma, souvla, kolokasi – but I always get Feray’s opinion on flavours… I try to satisfy both tastes. She’ll tell me when to put more sumac into a dish, because us Greeks don’t use it, or more chilli,” Maria says.

The Home Cafe is frequents by all Cypriots, as well as foreign citizens.

“Sometimes customers come in and ask for a Turkish coffee, others ask for the Greek version. Feray and I always laugh and tell them they’re exactly the same thing, and we call it Cypriot coffee here,” she adds.