The gift to Archbishop Makarios III from JFK 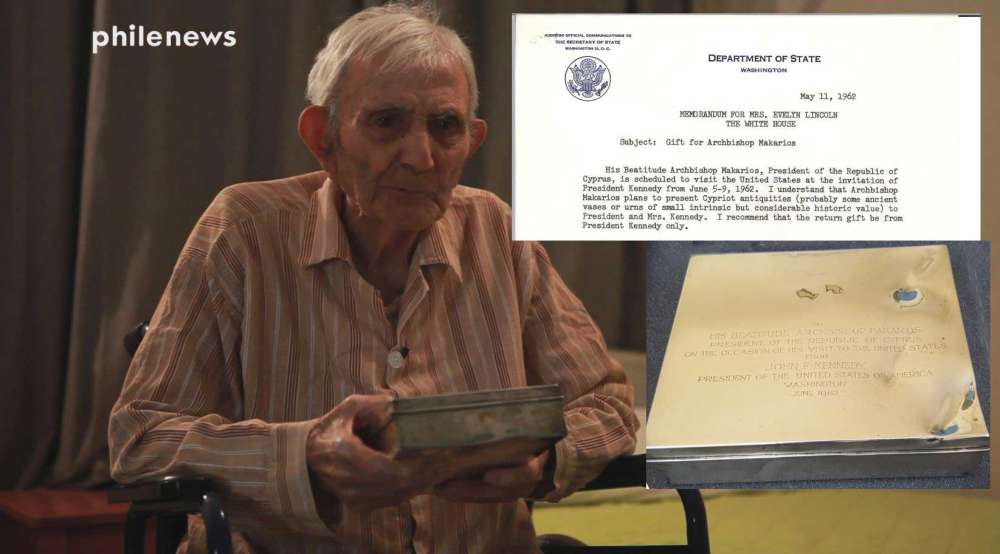 The existence of a gift from John F Kennedy to Archbishop Makarios III is brought to light by philenews.

The silver cigarette case was a present from JFK to Makarios, when the President of Cyprus had visited the United States in June 1962.

The unknown story was revealed by 98-year-old Andreas Hadjichristodoulou who had worked for many years at the Archbishopric in Nicosia.

After the Turkish invasion in the summer of 1974, and during the process of restoring the building, Hadjichristodoulou found the cigarette case on the doorsteps leading to Makarios bedroom.

When he gave the case to the Archbishop and President of Cyprus, he replied: “What am I going to do with these junk. You can have it”.

From that day on, the elegant cigarette case remains in the possession of Mr. Hadjichristodoulou. 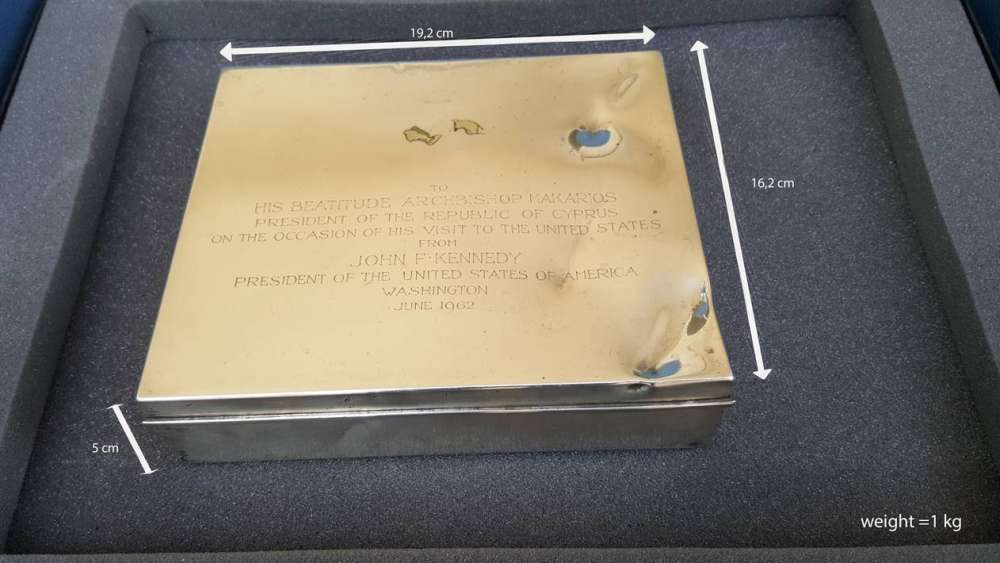 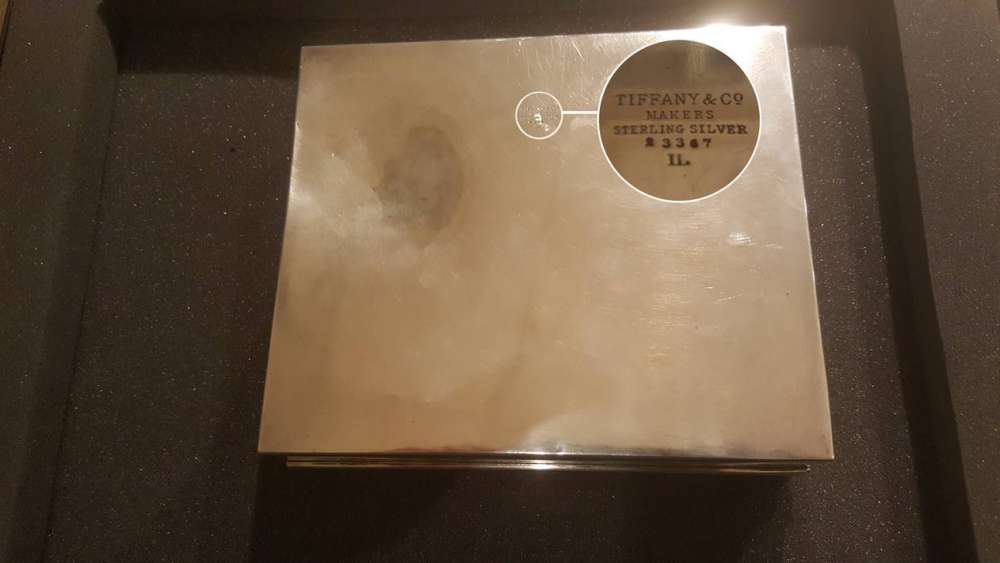 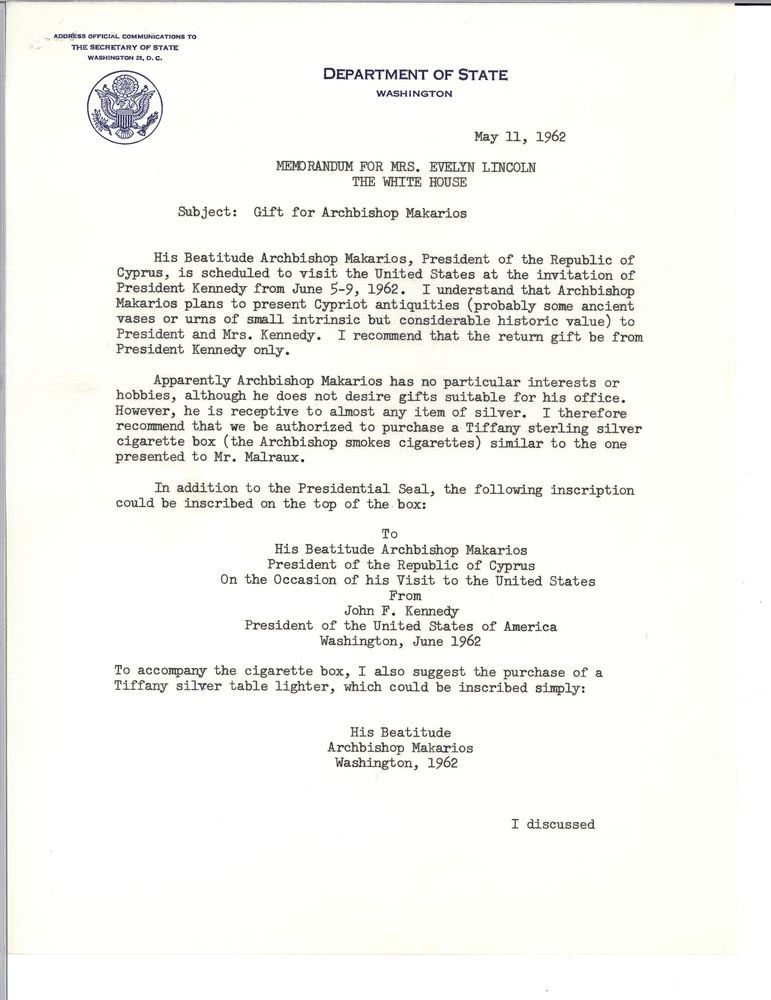 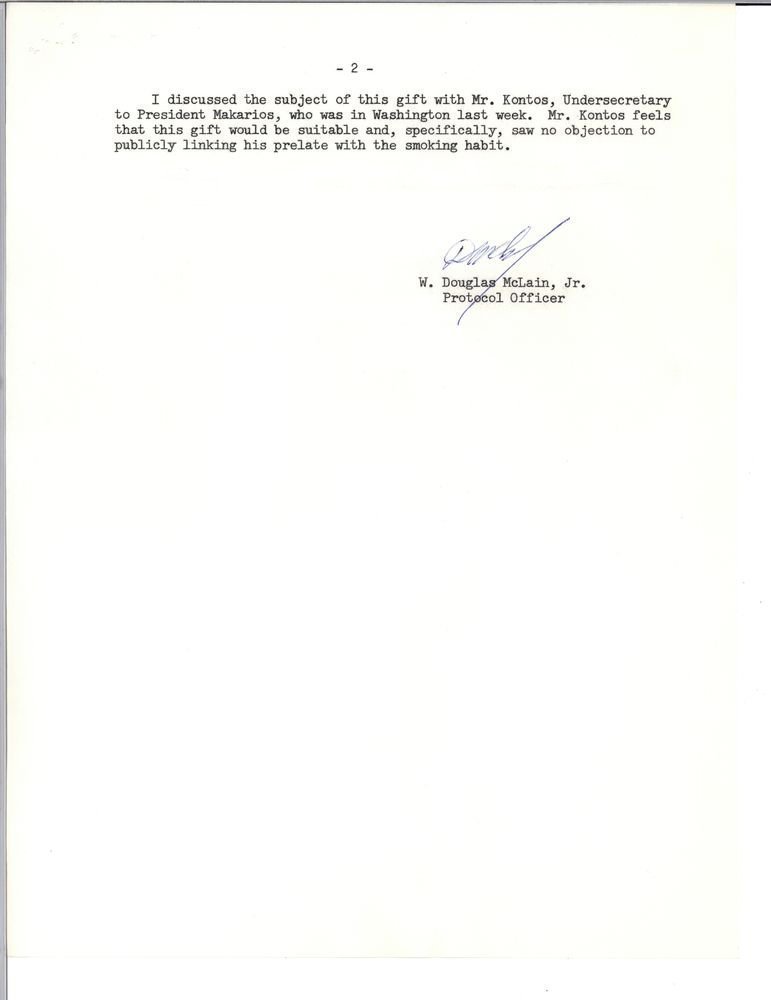