The French fishermen who could sink Britain’s post-Brexit ambitions 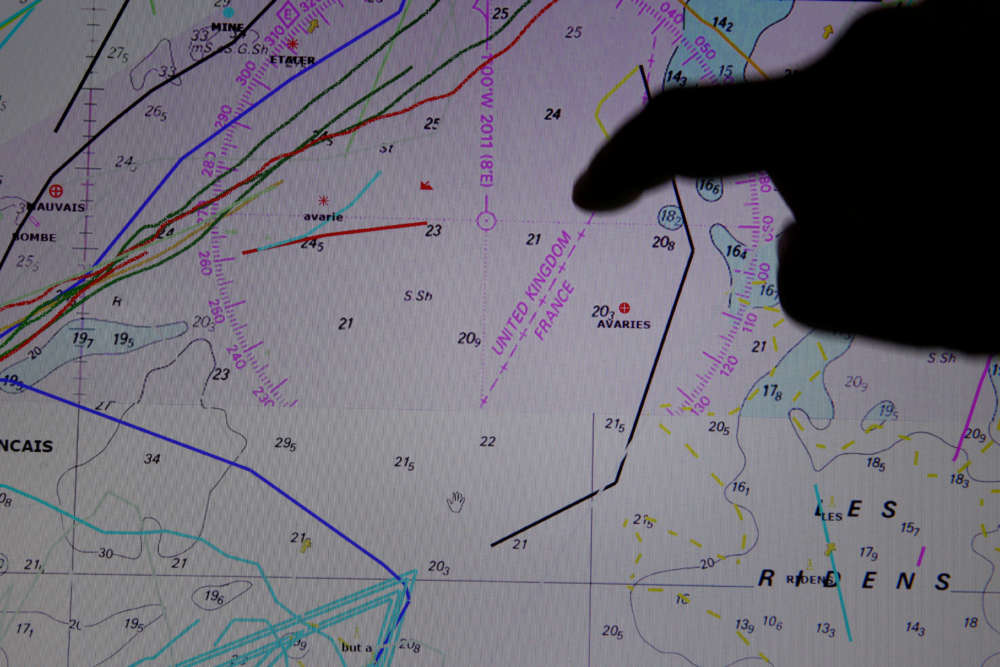 For the British government, a successful Brexit means re-asserting economic sovereignty and landing a trade deal with Europe. Trawler captain Stephane Fait and his fellow French fisherman could sink that plan.

Based in Boulogne-sur-Mer, France’s busiest fishing port and a major European processing centre, Fait and his crew earn the bulk of their income from fish caught in British waters.

In negotiations on a post-Brexit trade deal that get underway after Britain’s Jan. 31 exit from the European Union, Britain will say EU vessels like Fait’s Notre Dame de Boulogne trawler no longer have automatic access to British waters.

But French fishermen won’t accept that and they have leverage: pressuring Brussels via French President Emmanuel Macron to withhold the trade deal unless Britain lets EU trawlers fish its waters.

“Macron mustn’t give an inch to Britain,” the captain said as his crew unloaded 2 tonnes of squid, red mullet and whiting this week.

Fait, 50, said his livelihood was at risk and wants Macron to retaliate against any restrictions imposed by London with a ban on British-caught fish entering the EU.

The fishing row shows how just one small industry – which plays a tiny economic role but has outsize political influence – can undo Britain’s ambitions of landing a wider deal that preserves its access to European markets.

British fishing grounds are among the richest in the North East Atlantic zone where most of the EU catch is hauled in. Current rules allow EU boats to fish as close as six nautical miles to Britain’s coast, but once it leaves the bloc its exclusive economic zone will reach as far as 200 miles offshore.

If no new accord is reached, Fait will not be allowed to fish beyond a line down the middle of the English Channel separating French and British territorial waters.

It would be “very, very grave” if French boats were banned from British waters, French Farm Minister Didier Guillaume told Reuters. “There could be reprisal measures.”

Regaining control of Britain’s waters was a totem for Brexit campaigners. British fishermen say too many concessions were made when Britain joined the European Economic Community in 1973.

The EU Common Fisheries Policy determines how much of each fish can be caught and sets national quotas. Once Britain becomes an independent coastal state, it will operate its fish stocks independently.

“A re-balancing is needed,” a British official said. “We believe we should have a greater share of the fish in UK waters.”

However, a European diplomat said the objective was to “maintain the status quo” on access to British waters.

The European Commission says there should be no free trade agreement without a fisheries accord.

Another European diplomat said EU capitals would stand united on fisheries, as they did on the Irish border during negotiations on a withdrawal agreement.

Fishing is a tiny contributor to the EU’s economy, providing only 180,000 jobs.

But it is a lifeline for coastal communities in France, as well as Sweden, Denmark, Belgium and the Netherlands and negotiations will go beyond just access to fishing grounds.

In Boulogne-sur-Mer, some 5,000 people work in refrigerated warehouses and processing plants that handle 400,000 tonnes of fish annually and distribute to markets across Europe. Less than 10% is landed at the port; fish, lobster and shellfish caught off Scotland, Norway and the Faroe Islands are often trucked in from British ports.

While Britain might hold the upper hand over access to its fishing grounds, British fishermen could ill-afford to turn their backs on Europe, said Aymeric Chrzan, head of the fishmonger union’s local branch.

His message for Britain: “You can keep your fish stocks for yourself, prevent others from fishing, but you’ve still got to make a living.” (Reuters)