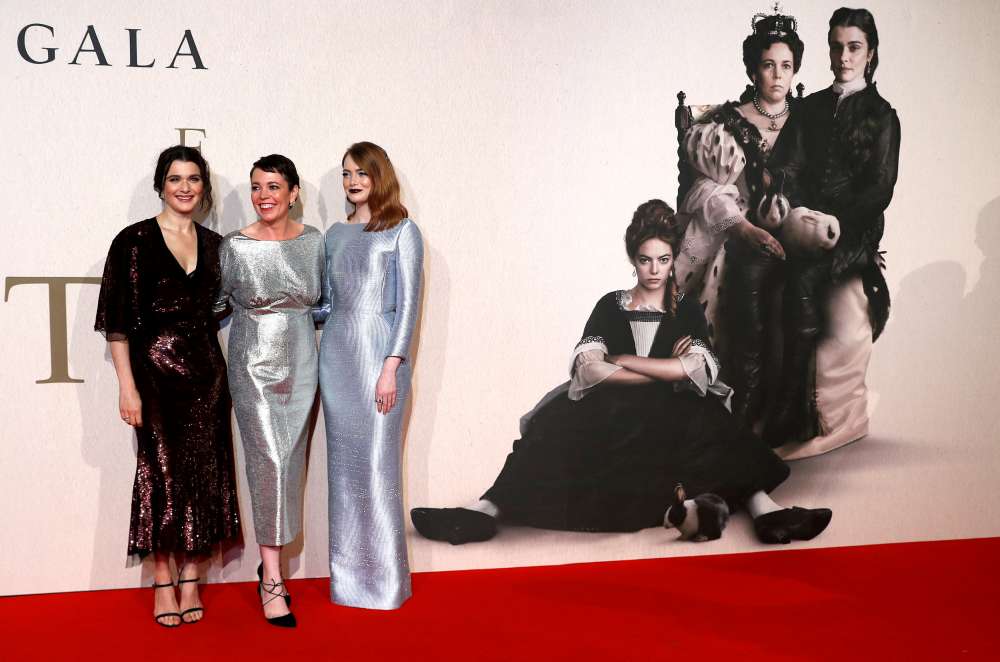 “The Favourite” led the nominations for the British Academy of Film and Television Arts (BAFTA) awards on Wednesday, with 12 nods for the costume piece that has already won its leading actress Olivia Colman several prizes.

Colman plays Britain’s 18th-century Queen Anne in a comedy-drama with plenty of laugh-out-loud scenes. The film is in the running for Best Film, Outstanding British Film and Director for Yorgos Lanthimos. Colman and her co-stars, Rachel Weisz and Emma Stone, are also all nominated.

Also on the Best Film list are comedy-drama “Green Book”, set in the segregated U.S. deep South in the early 1960s, the musical remake “A Star Is Born”, black and white portrait movie “Roma” and Spike Lee’s “BlacKkKlansman”.

Lee joins “Roma”‘s Alfonso Cuaron, Bradley Cooper for “A Star Is Born” and Pawel Pawlikowski for “Cold War” in the Director category.

In the Leading Actress competition, Colman faces fellow Golden Globe winner Glenn Close for “The Wife”, pop star Lady Gaga in “A Star Is Born”, Viola Davis for “Widows” and Melissa McCarthy for “Can You Ever Forgive Me?”.

Completing that list is Cooper for “A Star Is Born” and Steve Coogan for “Stan & Ollie”.