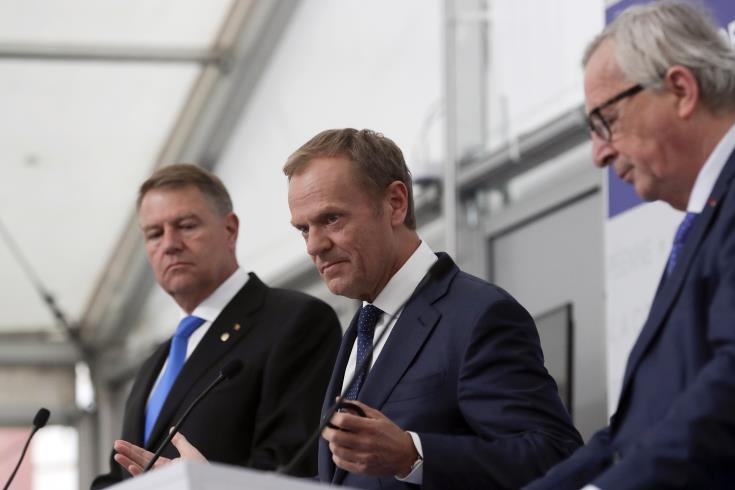 EU expects Turkey to respect Member States’ sovereign rights, European Council President Donald Tusk warned Ankara after a discussion of the EU 27 on the issue of Turkey’s illegal activities in the EEZ of Cyprus.

More specifically President Tusk stated that “President Anastasiades informed us about the Turkish activities in the exclusive economic zone “, warning Turkey that “the EU stands united behind Cyprus and expects Turkey to respect sovereign rights of an EU member state”. The EU will follow these event closely said the European Council President during the final Press conference of the informal European Council in Sibiu.

Tusk will convene another EU Summit on May 28, in the aftermath of the European elections, that will primarily be occupied with nominations for the high European posts (Presidents of the Commission, the Council and the ECB). A diplomatic source told CNA that this follow up Summit will re- address the issue, depending on Turkey`s stance in the meantime.