THE CYPRUS PROBLEM – The Settlers 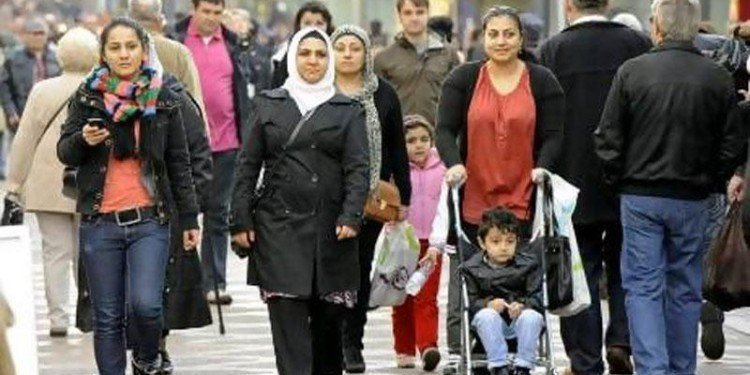 This is the conclusion in the 1992 report by A. Cuco, Rapporteur of the Committee on Migration, Refugees and Demography of the Parliamentary Assembly of the Council of Europe. The settlers now outnumber the native Turkish Cypriots by a ratio of 2:1. Their number is estimated at around 160,000 and rising. These settlers:

● Are not economic refugees

● Are not seasonal workers

● Are not former residents of Cyprus returning to the island.

The settlers are mainly Anatolian shepherds, peasants, manual laborers, along with a small number of managers, businessmen and retired Turkish military who have been brought into Cyprus under a deliberate and systematic Turkish government policy aiming at:

● The alteration of the demographic character of the Republic of Cyprus

● Prejudicing any future political settlement on humanitarian, property and other grounds

● The alteration of the demographic structure of the Turkish Cypriot community

● Providing trained reserves for the occupation army. All male settlers have entered Cyprus after the completion of their military service in Turkey.

The dimensions of the settler problem:

The overwhelming presence of about 160,000 settlers along with an estimated 43,000 Turkish military has created social and economic conditions leading to the flight of the native Turkish Cypriots to Western Europe and Australia. Today, only 88,900 Turkish Cypriots remain out of an estimated 116,000 in 1974. The following data are indicative of the changing demographic conditions in occupied Cyprus:

● Turkish Cypriot data show that over the last decade the population of occupied Cyprus has risen to 240,000 persons, an unnatural 31.7% rate of increase

● Some 34,000 “title deeds” mainly from usurped Greek Cypriot properties have been granted to Turkish settlers who, since 2002, are allowed to sell these “titles” to third parties other than Greek Cypriots for a handsome profit

● Settlers make up 90% of the population in the Karpass Peninsula

● Settlers provided the winning margin in the approval of the “Annan Plan” in the occupied area in the 2004 referendum.

The settlers have been lured to occupied Cyprus by incentives offered by the occupation authorities and their subordinate local administration. The incentives include:

● “Citizenship” and/or permanent residence in the unrecognized “TRNC”, along with the right to vote

● The prospect of easier access to another EU country.

The influx of settlers, their acquisition of “citizenship” and participation in the political life of occupied Cyprus has been criticized even by Turkish Cypriot leaders including Mr. Ozger Ozgur, Mustafa Akinci and even Mehmet Ali Talat prior to his becoming “president” of the unrecognized “TRNC”. These Turkish Cypriot leaders have also pointed to social and cultural tensions created by the settlers in an otherwise cohesive and largely secularized Turkish Cypriot community. These tensions are largely due to:

● The increase in local crime

● The growing cultural influence of fundamentalist Islam in occupied Cyprus.

The Turkish Cypriot leadership has been unable to control the influx of settlers or change the policies of the Turkish government. This is one more indicator of Turkey’s decisive control of occupied Cyprus. Turkey’s actions are in direct violation of international law, including treaties ratified by Turkey, most notably the 1949 Fourth Geneva Convention, the 1998 Rome Statute of the International Criminal Court, and Protocol I to the 1949 Fourth Geneva Convention. Turkey has disregarded calls by the United Nations and by the Parliamentary Assembly of the Council of Europe to suspend its colonization of Cyprus. Turkey has also disregarded proposals made by both the government of Cyprus and by Rapporteur A. Cuco of the Council of Europe. These proposals call for Turkey to impose a moratorium on the influx of settlers and to conduct an internationally supervised population census. The census could also determine who is entitled to be a citizen under the 1960 Treaty of Establishment that created the Republic of Cyprus.

Turkey’s disregard of its international obligations is one more indication of the objective of her partitionist and discriminatory policies in occupied Cyprus.