The continent of the future is Africa, said Patriarch of Alexandria 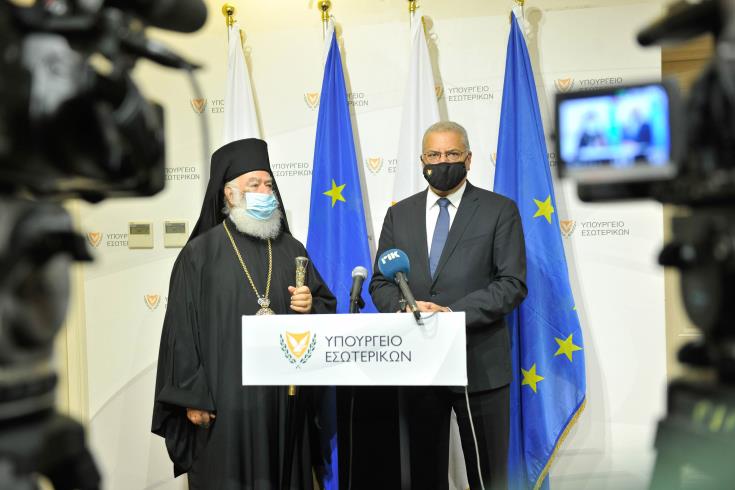 The continent of the future is Africa, said on Wednesday Patriarch of Alexandria and all Africa, Theodoros II, stressing that Africa can help and feed its millions of people.

He made the remark after meeting Interior Minister Nicos Nouris who said that the two discussed the problem that is troubling humanity, ie the movement of populations between continents.

Welcoming the Patriarch, Nouris described Theodoros II as “enlightened”, a person who is giving not only to the Church but also to culture, education and health throughout Africa.

Nouris said the religious leader’s role is large in the African continent as well as his contribution to Hellenism and orthodoxy. They discussed “the national problem of Cyprus but also the problem which humanity is beleaguered with, the movement of populations between all continents with the many peculiarities this presents,” he added.

He wished Patriarch Theodoros good health and strength and to continue the work and his contribution to the African continent.
On his part, Theodoros II referred to the visits he will make to Uganda, Sudan, Tanzania and in regions who are suffering. “If I can, I will carry some medicine in my luggage to relieve the children as thousands are dying”, he added.

His work, he said, starts from Egypt which is the doorway to Africa. “It is a very large military, political power which is very fond of Cyprus and as regards the national issue”, said Theodoros II, adding “know that you have a very good neighbour to count on in difficult moments”.

The African countries, he added, are 54 and face the problem of migration. “This hurts my heart as our seas become burial grounds for souls and small children”, said Patriarch Theodoros, adding that he is campaigning to send the message across that “you will not find paradise by crossing the sea, but a world that is very hard.”

We are making a great campaign with other religious leaders to convey that this continent can feed them. Africa is the continent of the future. It is a sleeping giant but one can still help millions of people who live n this continent” he added.

The Patriarch of Alexandria, Theodoros, the Patriarchal Exarch of the Alexandrian Church in Cyprus, Bishop Nicodemus of Nitria and Archimandrite Damaskinos visited the Yeri Municipality on Wednesday, where in a meeting under Mayor Neophytos Papalazarou, they discussed the construction of the Exarchia of the Alexandrian Patriarchate within the municipal boundaries of Yeri.

The Exarchia will include student residences, sports and a multipurpose hall.

By gavriella
Previous articleTribute to a System of a Down (S.O.A.D.) in Nicosia on September 8
Next articleTransport Minister says 12-year-old girl to get free annual bus ticket