The Brittania plane that crashed in Nicosia killing 126 people 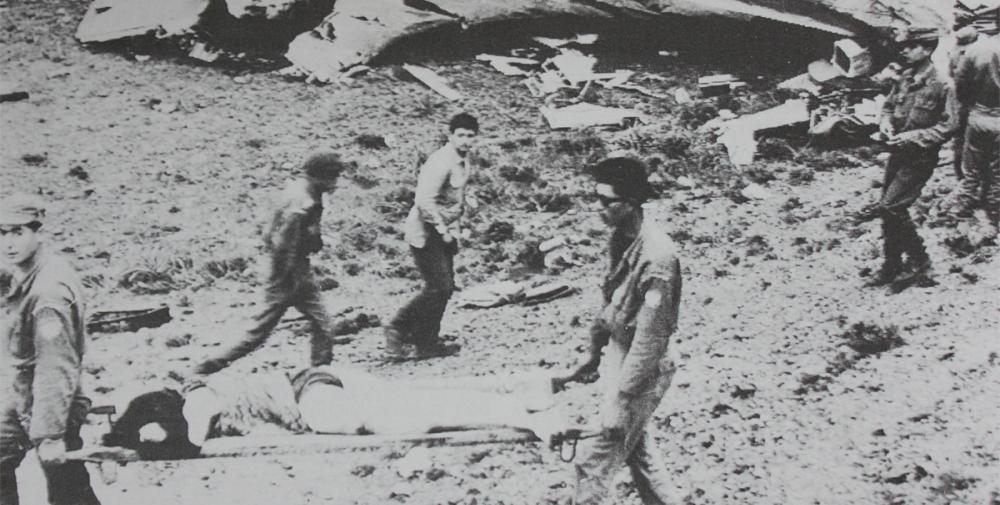 An Ethiopian Airlines Boeing 737 passenger jet to Nairobi crashed early on Sunday with 149 passengers and eight crew members aboard.

The 2005 Helios Airways crash in Greece was the worst in the history of Cypriot aviation, but which was the most deadly accident to take place on Cypriot territory?

According to the Times, on April 20 1967, a Bristol Britannia plane of the Swiss airline Globe Air, carrying 120 passengers and ten crew members was operating a charter flight bringing tourists from Bangkok in Thailand to Basel in Switzerland with stopovers in Colombo, Bombay, and Cairo.

“Takeoff from Bombay was accomplished on 19 April at 13:12 GMT, with 11 hours and 10 minutes of fuel endurance and an estimated flight time for Cairo of 9 hours. According to the flight plan time, it was due to arrive in Cairo at 22:12. The alternate airport for this sector was given as Beirut, Lebanon,” the Aviation Safety Network writes.

Due to bad weather in the Egyptian capital the flight diverted to the Nicosia International Airport, now abandoned and located in the UN buffer zone.

At 22:15 the aircraft was heard calling Nicosia but, due to distance and height, two-way communication with Nicosia on VHF could not be established until 22:34.

In the meantime a message was received from Beirut advising Nicosia that the aircraft had entered the Nicosia FIR and had reported over position Red 18A at 22:29.

However, the severe weather conditions spread all over the region, with the plane now caught in a violent thunderstorm over Lakatamia.

The Times write that both pilots had already exceeded their authorised duty time by three hours, while the first officer had less than 50 hours flying time in the Britannia aircraft.

The aircraft came over the field at 23:06 and was cleared for a right-hand circuit. At 23:10, when over the threshold of runway 32, the aircraft was slightly high and the captain decided to overshoot. He informed the tower and was cleared for a left-hand circuit. He further informed the tower that he would carry out a low circuit.

The aircraft was momentarily seen by the controller during its final approach and the glare of its landing lights was visible through the low cloud when it made a pass over the runway in use and disappeared from view over the upwind end of the runway in the low cloud to the north-west.

On their second attempt to land on Runway 32 in Nicosia, the plane flew into a hill in Lakatamia and burst into flames.

The location of the crash:

All crew members and 116 passengers died.

Two German (Christa Blümel and Peter Femfert) and two Swiss (Veronika Gysin and Nicolas Pulver) passengers survived; three of them were seriously injured and were treated at a United Nations field hospital near Nicosia, the fourth, Nicolas Pulver, was reported by the Washington Observer to be unhurt. 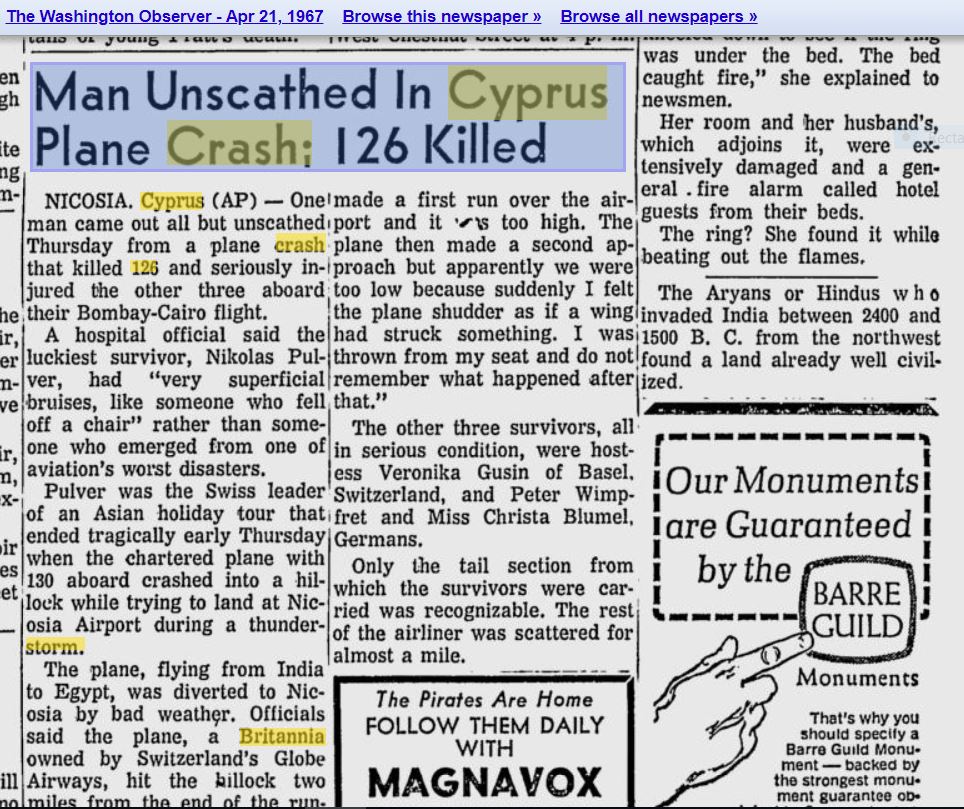 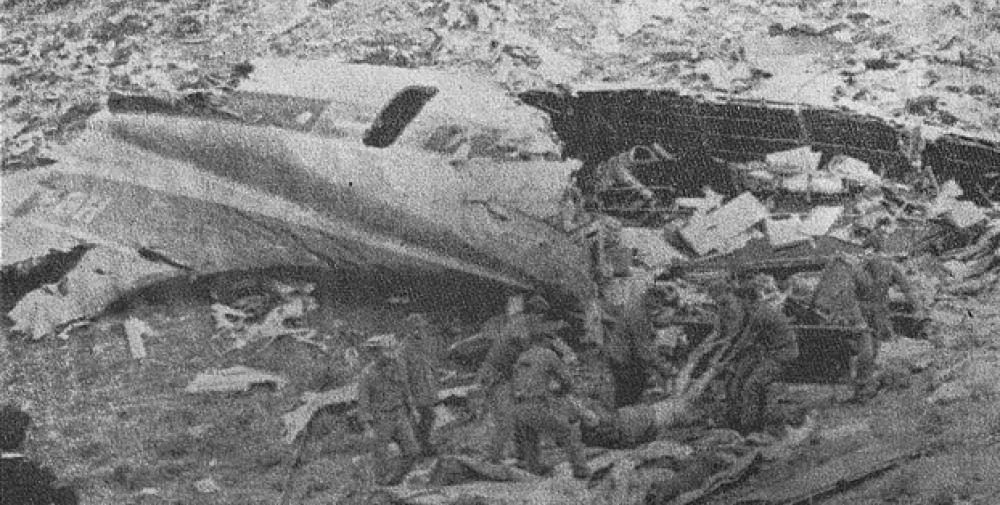 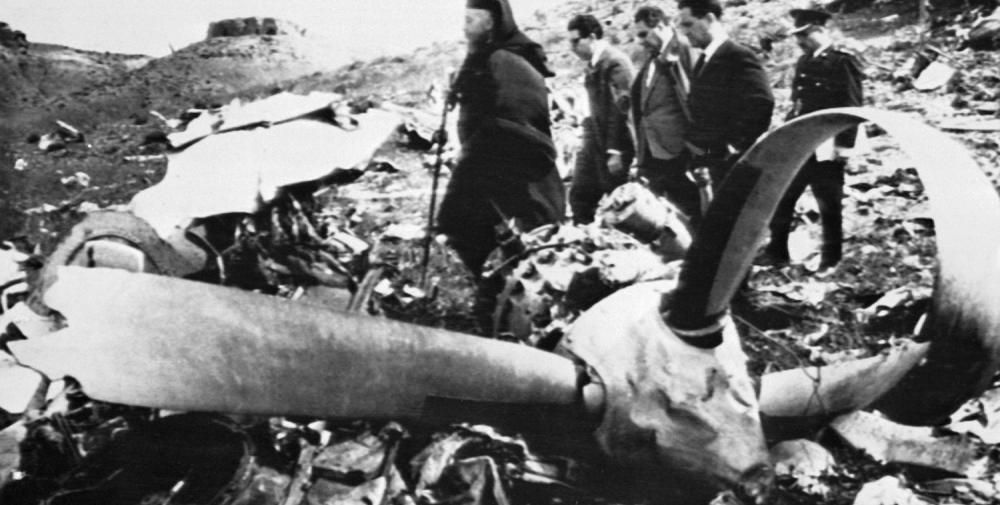 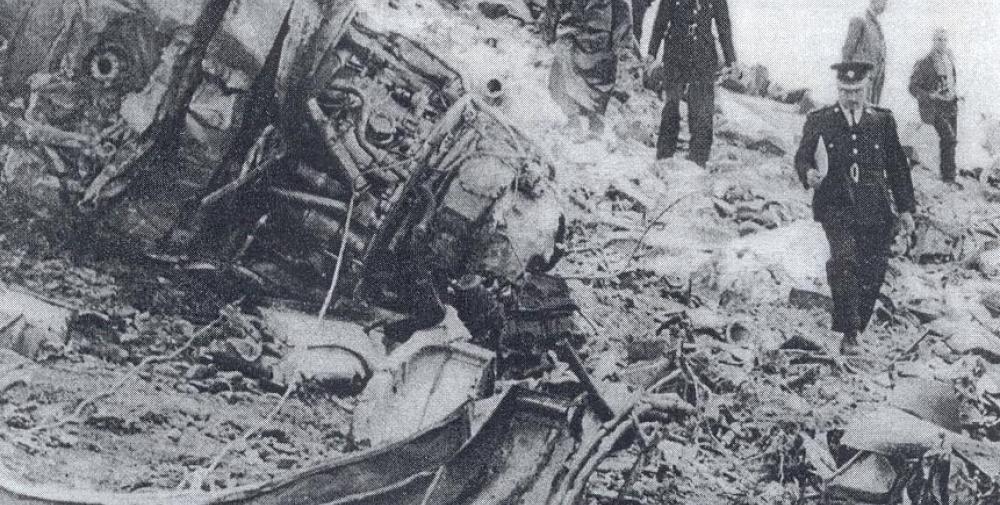 (With information from the Times, the Washington Observer and the Aviation Safety Network/Pictures by the Bureau of Aircraft Accidents Archives)