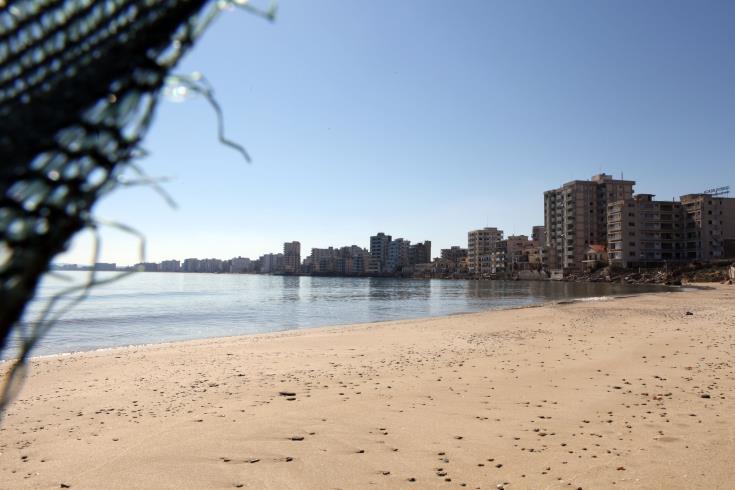 A lot of money and time are needed for the closed off – for 45 years – city of Varosha to be turned  into a livable place, Turkish Cypriot media reported.

The reports come after statements by “deputy prime minister” and “foreign minister” Kudret Ozersay, who said that experts will evaluate property in Varosha, with the aim to reopen the city for settlement.

“According to experts, this is not a burden that the ‘TRNC’ can carry by its own,” Kibris writes.

Kibris reports that the chairman of the “chamber of environmental engineers” Doguc Veysioglu, stated that if Varosha opens in a way that is against international law and does not benefit the solution of the Cyprus problem, international financing will not be  available.

He also said that it is not clear from where the funds will be found in such a case. “Everyone knows that the TRNC is not able to carry such a burden,” he stated.

On his part, mechanical engineer Engin Omer Kunt, said that the newest building in Varosha is 45 years old and added that all the buildings in the area must be renovated according to modern standards.

He also said that apart from the political and property issues that may occur, “one cannot fathom how many years and how much money will be needed for the opening of the city, even if the works for this start tomorrow.”

Representative of the “Famagusta Initiative” Serdar Atai, said that the organisation views the decision to reopen the city positively and that they support the opening of Varosha under UN control.

According to Yeni Duzen, Okan Dagli of the Famagusta Initiative stated that “future steps” should not be in conflict with the United Nations Security Council. He added that the issue of Varosha is not only about property but a humanitarian one as well.