Queen Elizabeth was joined by world leaders including Donald Trump and Angela Merkel to mark the 75th anniversary of D-Day, paying personal tribute to the veterans of the largest seaborne invasion in history which helped bring World War Two to an end.

The queen, Prince Charles, presidents and prime ministers rose to applaud veterans, their coats heavy with medals, as they stood on a giant stage beside a guard of honour after a film of the Normandy landings was shown.

“The wartime generation – my generation – is resilient, and I am delighted to be with you in Portsmouth today,” the 93-year-old queen, wearing bright pink, said.

“The heroism, courage and sacrifice of those who lost their lives will never be forgotten. It is with humility and pleasure, on behalf of the entire country – indeed the whole free world – that I say to you all: thank you.”

Prime Minister Theresa May was joined for the commemorative events in Portsmouth by U.S. President Trump, who is on the final day of a state visit to Britain, and his wife, Melania.

Trump read a prayer given by Franklin D. Roosevelt in 1944: “The enemy is strong. He may hurl back our forces but we shall return again and again; and we know that by Thy grace, and by the righteousness of our cause, our sons will triumph.” 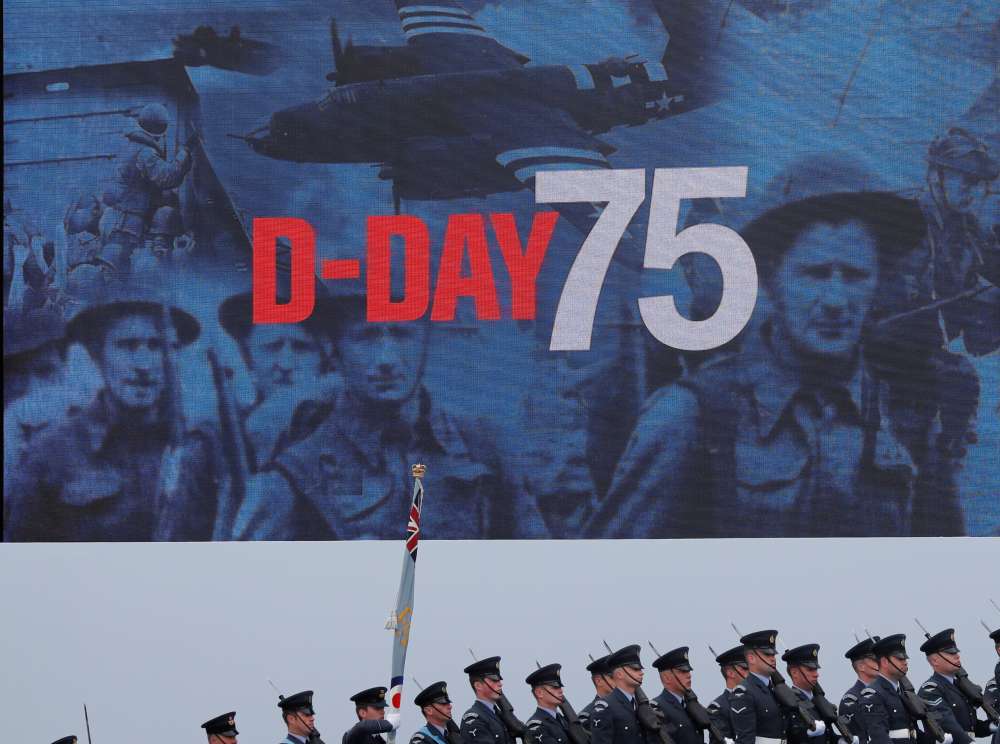 In the early hours of June 6, 1944, more than 150,000 allied troops set off from Portsmouth and the surrounding area to begin the air, sea and land attack on Normandy that ultimately led to the liberation of western Europe from the Nazi regime.

By the time of the Normandy landings, Soviet forces had been fighting Germany in the east for almost three years and Kremlin chief Josef Stalin had urged British Prime Minister Winston Churchill to open a second front as far back as August 1942.

The invasion, codenamed Operation Overlord and commanded by U.S. General Dwight D. Eisenhower, remains the largest amphibious assault in history and involved almost 7,000 ships and landing craft along a 50-mile (80-km) stretch of the French coast.

Shortly after midnight, thousands of paratroopers were dropped. Then came the naval bombardment of German positions overlooking the shore. Then the infantry arrived on the beaches.

Mostly American, British and Canadian men, some just boys, waded ashore as German soldiers tried to kill them with machine guns and artillery. Survivors say the sea was red with blood and the air boiling with the thunder of explosions.

Thousands were killed on both sides. Line upon line of white crosses honour the dead in cemeteries across northern France. Even the codenames of the sectors of the invasion – Utah, Omaha, Gold, Juno and Sword – can draw tears from veterans.

“I was terrified. I think everyone was,” said John Jenkins, 99, a veteran who landed at Gold Beach. “You never forget your comrades because we were all in it together.”

The commemorations featured an hour-long performance recounting the wartime events and a flypast by historic, military aircraft. Afterwards, world leaders met veterans of the landings.

The queen, President Trump, Melania and Prince Charles shook hands with half a dozen veterans were waiting for them, exchanging a few words and asking them about their stories from D-Day.

“Congratulations. Thank you very much,” Trump could be heard telling one of them. 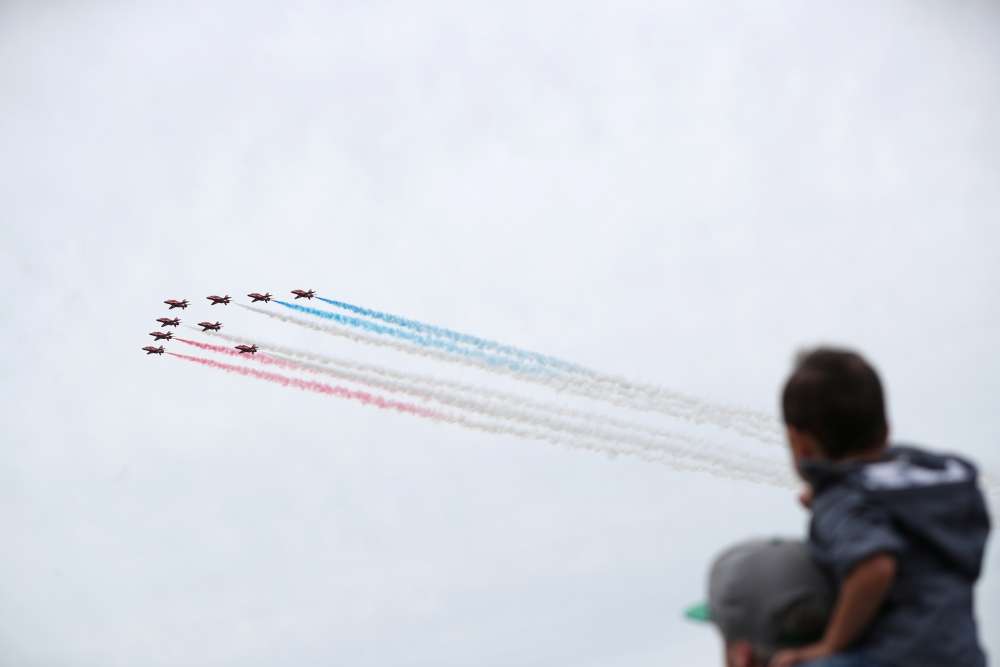 They agreed a proclamation to “ensure that the unimaginable horror of these years is never repeated”.

On Wednesday evening, some 300 veterans who took part on D-Day, all now older than 90, will leave Portsmouth on a specially commissioned ship, MV Boudicca, and retrace their 1944 journey across the English Channel, accompanied by Royal Navy vessels and a lone wartime Spitfire fighter plane.

Meanwhile in Normandy, British air assault troops, French army paratroopers and D-Day veterans will recreate the airborne landings. There will be further D-Day memorial events on Thursday in northern France.