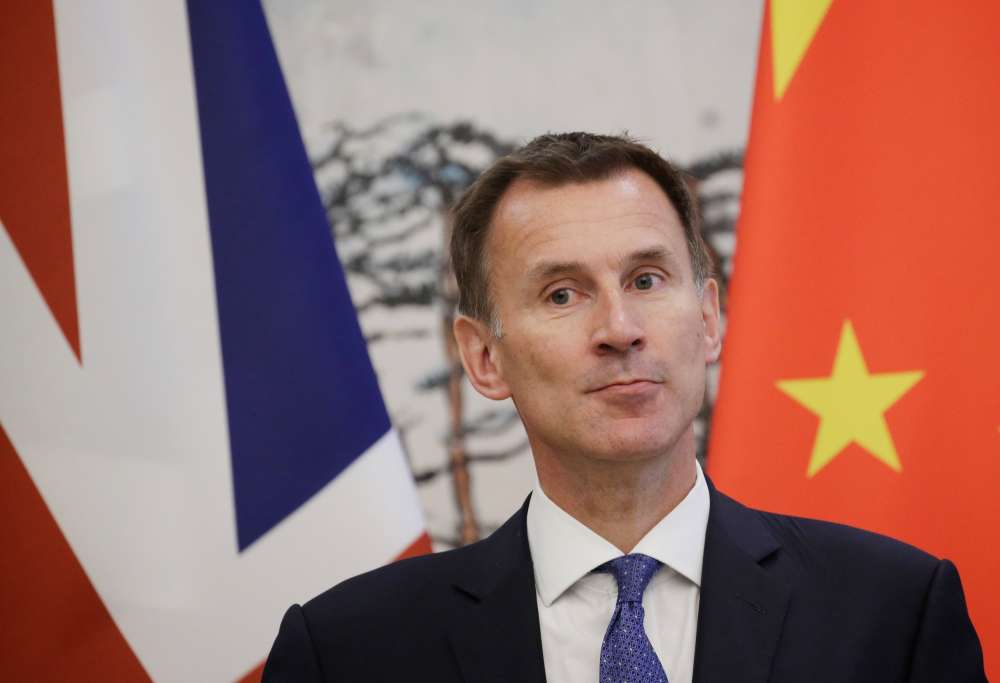 In a slip of the tongue during his maiden trip to China as Britain’s new foreign secretary, Jeremy Hunt on Monday told his Chinese counterpart that his wife was Japanese, but backtracked quickly.

At the start of talks in Beijing, the capital, Hunt told the government’s top diplomat, State Councillor Wang Yi, that he had a long relationship with China, beginning with a backpacking trip when he was 19.

“My wife is Japanese – my wife is Chinese. That’s a terrible mistake to make,” Hunt said, to laughter in the room.

“My wife is Chinese, and my children are half-Chinese, and so we have Chinese grandparents who live in Xian and strong family connections in China.”

He married his wife Lucia in July 2009 and they have a son and two daughters, according to his website.

Hunt, who took over this month following the resignation of his predecessor Boris Johnson, was visiting Beijing on only his second trip outside Britain since assuming his role as foreign minister.

The rest of his talks with Wang, a former Chinese ambassador to Japan who speaks fluent Japanese, went much better, though.

By In Cyprus
Previous articleTala community council in warning over fire risk
Next articleLua reunited with owners, efforts continue to help other pets (video)