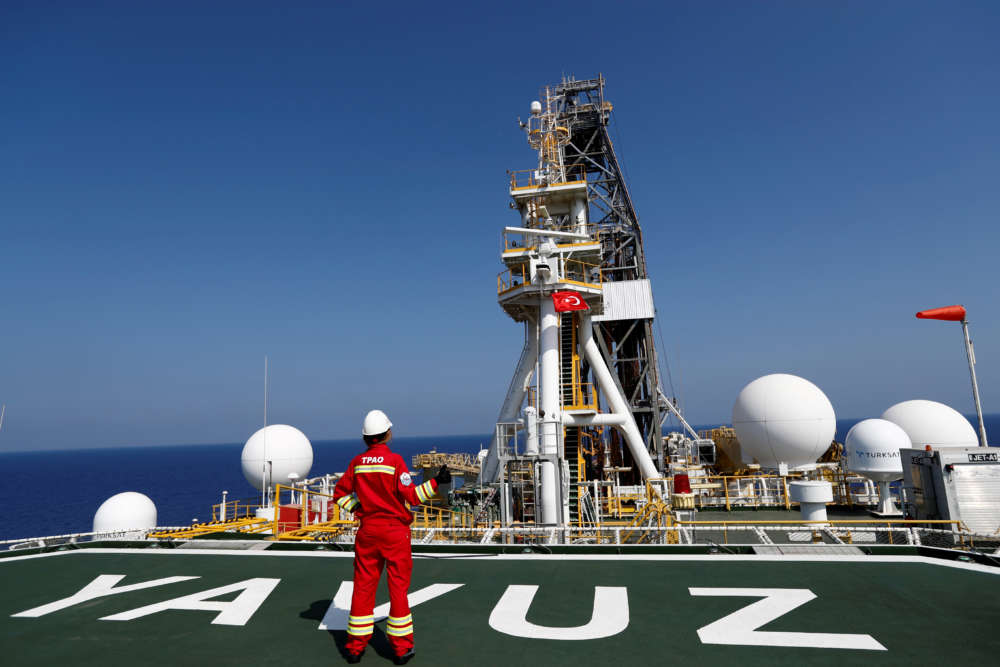 Tensions between Cyprus and Turkey over offshore drilling intensified on Friday, with Nicosia accusing Turkey of a “severe escalation” of violations of its sovereign rights.

Turkey announced on Thursday that it had sent an oil-and-gas drilling ship to waters off southern Cyprus where Cypriot authorities have already awarded hydrocarbon exploration rights to Italian and French companies.

Ankara, defiant of growing European criticism, said the drill ship would launch new operations next week even as a British diplomat said that Britain “deplored” any drilling in waters close to the island.

The two sides have been shadow-boxing over offshore rights for years, but the simmering dispute between countries that have spurned diplomatic relations has moved closer to boiling over.

Turkey says some of the areas where Cyprus is exploring are either on its own continental shelf or in zones where Turkish Cypriots have equal rights over any finds with Greek Cypriots.

Turkey has already drilled two wells in waters to the east and west of the island, triggering strong protests from Nicosia and the European Union in recent months, including EU sanctions.

But the latest development is the first time the two sides have zoomed in on the same area.

In a strongly worded statement on Friday, the Cypriot presidency accused Turkey of “bullying tactics of an era long gone” and called on Turkey to withdraw from the area.

“This new provocation is exemplary of Turkey’s defiance of the European Union’s, and the international community’s, repeated calls to cease its illegal activities,” it said.

The statement also urged Turkey to respect the sovereign rights of the Republic of Cyprus to explore and exploit its natural resources within its maritime zones.

It said the move was more proof of “the utterly provocative and aggressive behaviour of Ankara, which has chosen to speedily and irreversibly depart from international legality, thus putting security and stability in the Eastern Mediterranean at risk”.

On Friday morning the drill ship Yavuz had stopped about 51 nautical miles southwest of Cyprus.

A Turkish diplomat said on Twitter that the Yavuz would start a new round of drilling operations south of Cyprus on Oct. 7, adding that this would be within Turkey’s continental shelf.

“The drilling area lies within the Turkish continental shelf registered with the United Nations and in the permit licences that the (government) granted to Turkish Petroleum,” said Cagatay Erciyes, head of the foreign ministry’s department looking into the eastern Mediterranean.

“Turkey doesn’t recognise the continental shelf/exclusive economic zone maritime boundary claim of the Greek Cypriots despite their efforts to portray this claim as EU waters or boundaries, which is a blatant violation of international law,” he added.

Greek diplomats say Athens will raise the issue during U.S. Secretary of State Mike Pompeo’s visit to Greece on Saturday. Ankara’s actions were in “complete contravention to any concept of legality”, its foreign ministry said in a statement.

Speaking in Nicosia on Friday, the British Minister of State for Europe, Christopher Pincher, said that any oil wealth should be extracted to the benefit of all Cypriots.

“I made it very clear that Great Britain deplores any drilling in waters close to Cyprus but supports Cyprus’s right to extract oils in its exclusive economic zone,” Pincher said.