Tens of thousands of Algerians protest against Bouteflika 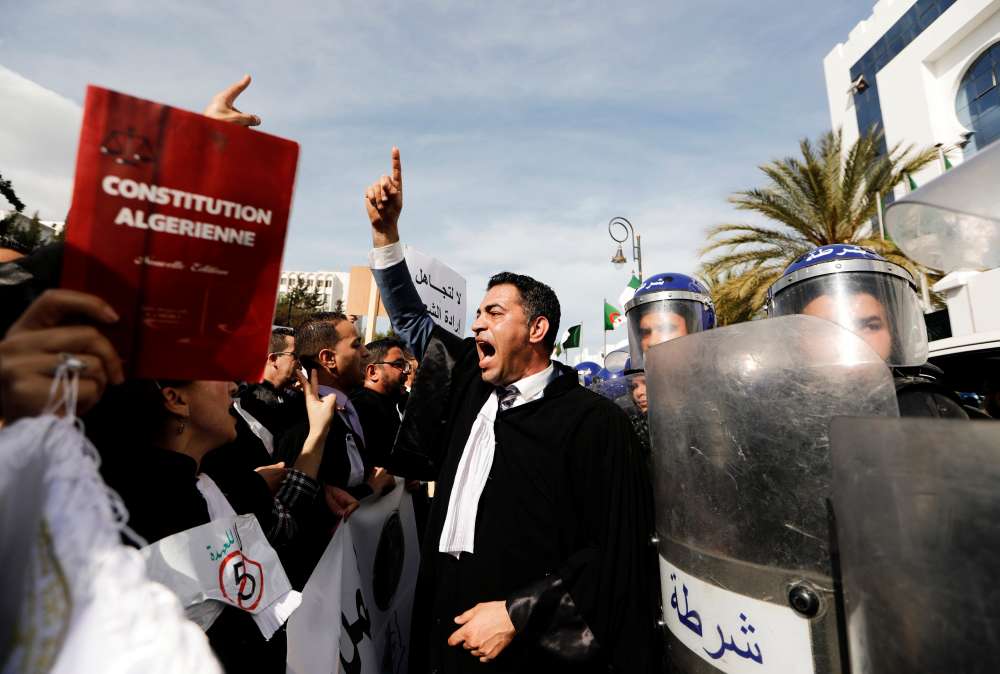 Unusually, one of the most popular imams, or prayer leaders, in Algiers did not pray for the president as he does every Friday, and only wished the best for Algeria and its people.

Several lawmakers of the ruling FLN party have resigned to join the mass anti-government protests, the private Ashourouq TV station said. No details were immediately available.

Train and metro services in Algiers were suspended without explanation before Algerians gathered once again to press the 82-year-old Bouteflika to step down.

The ailing Bouteflika is in hospital in Geneva and has not spoken publicly since a stroke in 2013, but on Thursday he issued his first warning to protesters, saying the unrest, now entering its third week, could destabilise the country.

The demonstrations, the largest since the 2011 “Arab Spring”, pose the most substantial challenge to the 82-year-old president, who is standing for re-election on April 18.

Tens of thousands of Algerians, tired of the dominance of elderly veterans of the 1954-1962 war of independence against France, are demanding Bouteflika step down, but despite ill health, he has submitted his candidacy papers.

Bouteflika has offered to limit his term after the election — and even to change the “system” that runs the country — but people from different classes of society, including students and young families, are still on the street.

Some long-time allies of Bouteflika, including members of the ruling party, have expressed support for the protesters, revealing cracks within a ruling elite long regarded as invincible.

Older Algerians with dark memories of a civil war in the 1990s have tolerated crackdowns on dissent in exchange for stability, and Bouteflika avoided the kind of uprising that toppled Arab leaders in 2011 because the state had enough foreign reserves to boost state spending.

But the young want jobs and are tired of what they perceive as widespread corruption. More than a quarter of Algerians under 30 are unemployed.

Algerians have been urged to stage a “March of 20 Million” on Friday by an anonymous party on social media, and hundreds of mostly families gathered in Algiers ahead of what could be the biggest demonstrations yet in the capital and other cities.

“Bouteflika, go!” read one banner. “Algeria is a republic, not a kingdom”, “No elections until the gangs are brought down”, said others.

Riot police have been deployed in growing numbers in recent days, but the military has so far stayed in its barracks.

“Today will be a decisive day,” said Mohamed, a teacher in Algiers.

By In Cyprus
Previous articleGDP growth rate during fourth quarter of 2018 estimated at +3.8%
Next articleTwo jailed for 15 years for drug trafficking