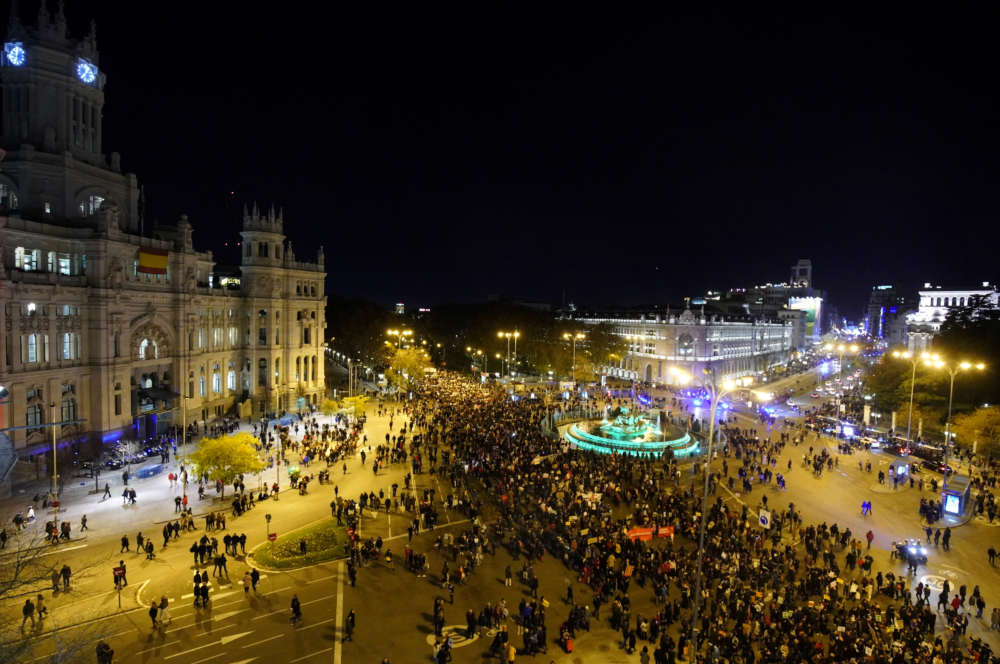 Tens of thousands demonstrated in central Madrid on Friday (December 6) calling on leaders attending the COP25 climate talks in the Spanish capital to take action.

The protest was organised by Fridays for Future, the movement inspired by teen activist Greta Thunberg who later addressed climate activists.

About 15,000 marchers took part, according to a municipal official in Madrid, but a local environmental group, Ecologistas en Accion, estimated the crowd at 500,000.

Growing concern over increasingly intense wildfires, cyclones and floods has swelled the ranks of protesters in cities around the world into the millions this year.

The annual summit opened on Monday (December 2) with a call from U.N. chief Antonio Guterres not to be the “generation … that fiddled while the planet burned”.

By this meeting’s close on Dec. 13, negotiators hope to resolve remaining disagreements on how to implement an accord struck in Paris in 2015 to avert catastrophic global warming.

By In Cyprus
Previous articleFour killed including shooter at U.S. Navy base in Florida
Next articleCMP recovers remains of three Greek Cypriots as excavations continue in Turkish-occupied Nicosia