Tembria is a gorgeous village located in the centre of the Solea valley, approximately 60 km from the capital city. The mean altitude of the village is 500 metres and its highest point reaches 900 metres. In the winter the climate is cold, while in the summer cool.

Strolling around Temvria one is certain to be enchanted by the beauty of nature; the green colour of the trees, the fresh air and the sweet singing of the birds.

The existence of the village dates back to at least the medieval years. In fact, during the Frankish occupation it was a private fief and during the reign of King Jacob II (1460 -1473) it belonged to the count of Tripoli, John Tafeaur.

Additionally, the village is marked on old maps under the naming Tenbria.

The name of the village is linked to King Temvros. According to local tradition, his ancient kingdom was located in the area. More specifically, tradition has it that the king’s palace used to be situated at a location in the village known by the name “Vasilika”. In fact, some people say that somewhere in “Vasilika” there is a big hidden treasure.

Temvria is the fourth biggest in population village of the Solea region. An important number of residents work in Nicosia, the capital of Cyprus, and commute there on a daily basis. Temvria appears to be able to retain its population and limit urbanization. The given table presents the populating course of Temvria from 1911 to 2001.

In Temvria there are apple, pear, peach, citrus, olive and vegetable cultivations. Their irrigation is achieved using a very old system, which was in fact first implemented during the Ottoman occupation. However, with the construction of the Karkotis dam, the system is expected to improve.

The church of Timios Stavros is located at the northern entrance of the Community, along the road leading from Korakou to Evrychou.

It is a 16th century Basilica with a wooden roof. The original 16th century church was expanded in the 18th century and renovated in 1994 and 2010. In particular, in 1994 the roof was entirely repaired, while in 2010 both the masonry was maintained and a new floor was placed using old plaster plaques. Unfortunately, the church’s inauguration ceremony remains unknown.

Internally, the church is adorned by a wooden iconostasis dated back to the 18th century. However, the person who created it remains unknown. The church’s dimensions are 5 x 15 m.

The church of Timios Stavros was not built on the remains of an older church. According to tradition, its construction in linked to the finding and transfer of the cross to the village of Lampadou, which is located somewhere between the villages of Sina Oros and Galata. In particular, it is mentioned that some residents of the village found a cross in Lampadou and decided to transfer it to the village. During the transfer, the cross became extremely heavy, which forced everybody to stop. The church of Timios Stavros was built at the location where the cross had become extremely heavy.

Despite the fact that the church was not built on the foundations of an older church, there are some icons which are dated back to before the 16th century. Some mention that the icons were transferred from the church of Agios Georgios which used to be located in the area of Pera Geitonia before it was demolished. 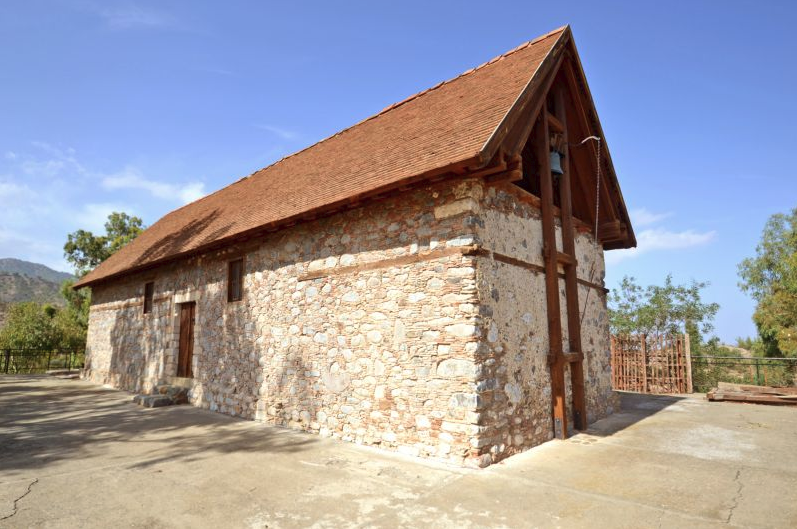 The main church of the village is dedicated to Agia Paraskevi and it is located in the centre of the Community, near the Primary School of Temvria.

It is an 1872 building, as this is revealed by the inscription located above the church entrance. The church is a Basilica with a wooden roof and its dimensions are 7 x 8 metres. Its inauguration date remains unknown, while also unknown is the time when the roof was replaced. Additionally, the interior of the church underwent renovation in 1972, while an exterior reconstruction of the masonry took place in 2006.

Internally, the church is adorned by frescos and a wooden iconostasis. What is also worth mentioning is that the biggest part of the church is painted with frescos dated after 1995. As far as the iconostasis is concerned, this was designed in 1924 by craftsmen who had come all the way from Larnaka. In fact, it is mentioned that the latter needed three and a half years to complete it, during which time they had to stay at the village. 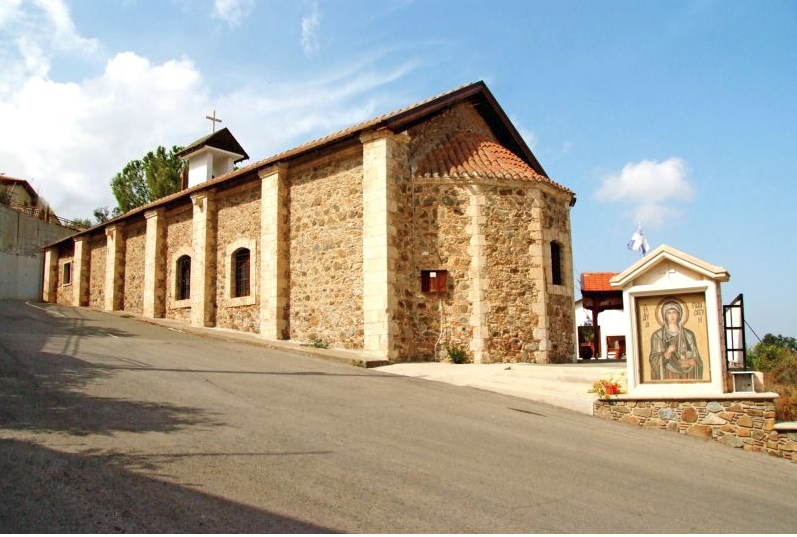 By In Cyprus
Previous articleStephanie Taylor found safe in abandoned building
Next articleUnder pressure from populists, EU doubles down on curbing migration