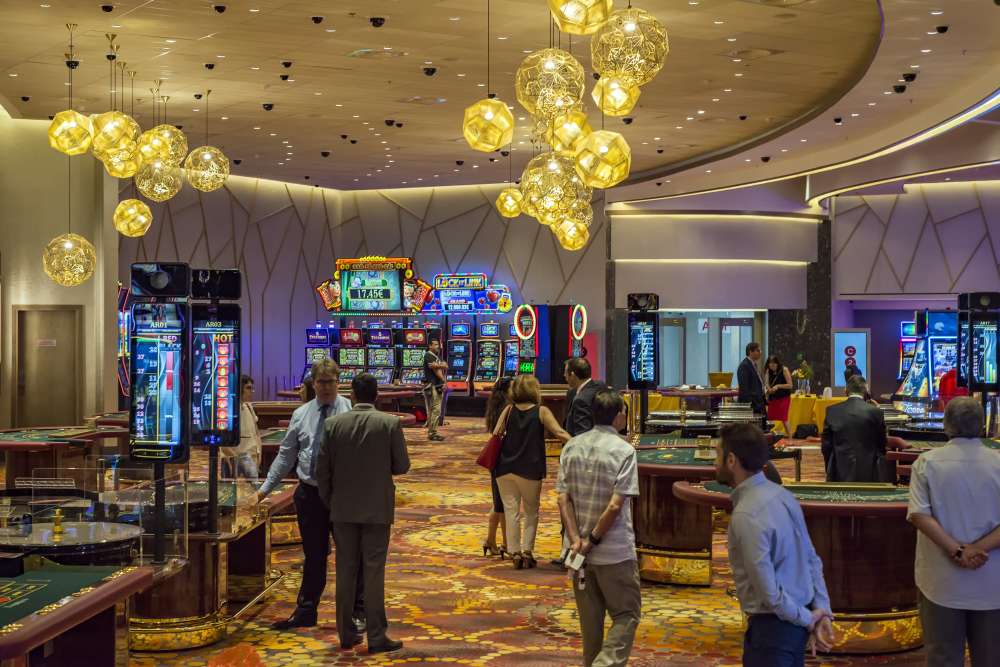 A temporary casino in Limassol will open on June 28, pending the construction and completion of a luxury integrated casino resort that is expected to be fully operational in 2021.

This was revealed by Chairman and CEO of Melco Lawrence Ho at the ground breaking ceremony for the City of Dreams Mediterranean casino, Europe’s biggest casino resort, on Friday.

He said the temporary establishment, at the old Orphanides supermarket, was an important milestone as it will be the first authorised casino in Cyprus operating under the new Cyprus Legislation & Regulations.

Covering a total area of 4,600m² with a gaming area covering 1,300m²,  the temporary casino will host 33 tables and 242 slots, a VIP gaming area, restaurant and two bars. When the City of Dreams Mediterranean casino resort is launched in 2021, the it casino will cease operations and all personnel will automatically be transferred to the ICR.

500 personnel have been recruited so far by Melco, 75% of whom are Cypriot. Four satellite casinos will also become operational in 2018 in Nicosia, Larnaca, free Famagusta and Paphos.

Joining Ho at Friday’s ground breaking were President Nicos Anastasiades and Managing Director of CNS Group, Melis Shiacolas. Set to open in Limassol in 2021, the resort will offer a range of attractions and entertainment options beyond gaming, including recreation and MICE facilities currently not available in Cyprus, making City of Dreams Mediterranean a must-visit destination.

At the ceremony, attended by top government officials and the Cyprus business community, Melco presented its vision for the project. City of Dreams Mediterranean will become Europe’s biggest Integrated Casino Resort (ICR) with gaming areas offering a total of 136 tables and 1,200 gaming machines, a five-star hotel with luxury villas and 500 hotel rooms, 11 restaurants and cafeterias, wellness and sports centres, an extensive pool area with river woods and surf pools, a high-end retail space and an outdoor amphitheatre set in its extensive green surrounds.

To tap into the burgeoning conference industry, City of Dreams Mediterranean will offer 9,600m² of MICE facilities with a convention expo centre. A landmark for Cyprus and the wider region, it is expected to attract an additional 300,000 tourists per year, firmly putting Cyprus on the map as an international conference destination.

City of Dreams Mediterranean will create an estimated 4,000 local job opportunities during the construction phase and approximately 2,400 permanent jobs once it is fully operational. After the second year of operation, the Integrated Resort is expected to contribute approximately €700 million per year to the Cyprus economy, accounting for around 4% of the country’s annual GDP.

Speaking at the ceremony, President Anastasiades spoke of a historic day that marked a major milestone for Cyprus. ” I cannot but feel extremely satisfied of what the joint collaboration of public and private sectors have achieved: to fast track the necessary procedures so as by 2021 Cyprus’ first integrated resort, a landmark for Cyprus but also for the wider region, will be fully operational”. 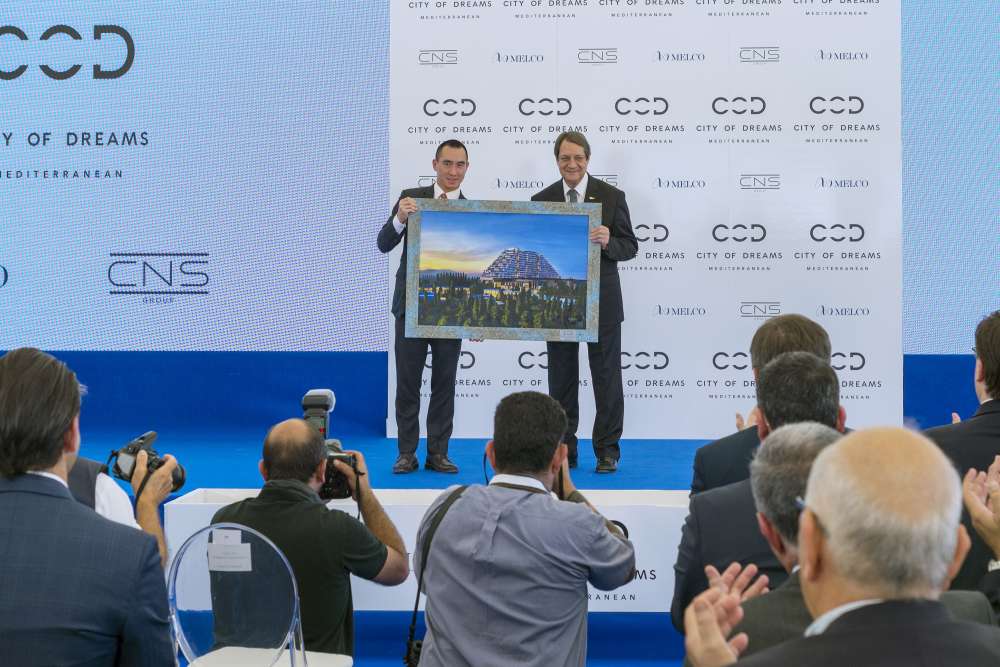 Anastasiades said City of Dreams Mediterranean is at the heart of the new tourism strategy of the government for 2030 which takes on a comprehensive and holistic approach with parallel actions, aiming at reducing seasonality and targeting the premium market. He also said the Cyprus has all the prerequisites to be established as a regional and global premium destination, a genuine point of reference for luxury tourism and responsible gaming, noting that the casino resort will have extraordinary benefits for Cyprus’ economy with a positive impact on the country’s Gross Domestic Product and in tackling unemployment.

He also thanked Ho for his trust, positive contribution and support, noting that City of Dreams Mediterranean is a unique project of unprecedented value for Cyprus. “I would like to assure you that my Government and I stand ready to facilitate and actively support such investment initiatives that contribute towards sustainable economic growth,” Anastassiades said.

In his address Ho said the ceremony marked the beginning of the construction of City of Dreams Mediterranean, Europe’s largest Integrated Casino Resort, and Melco’s first expansion outside Asia.

“I am honoured and grateful for the trust the Cypriot government has placed in Melco and CNS to carry out this ambitious and exciting project. Today, we are not just laying the foundation stone of the ICR, but also entering a new era for Limassol, and for Cyprus as a whole. Our project will contribute significantly to the country’s efforts for sustainable economic growth and an increase in employment rates.”