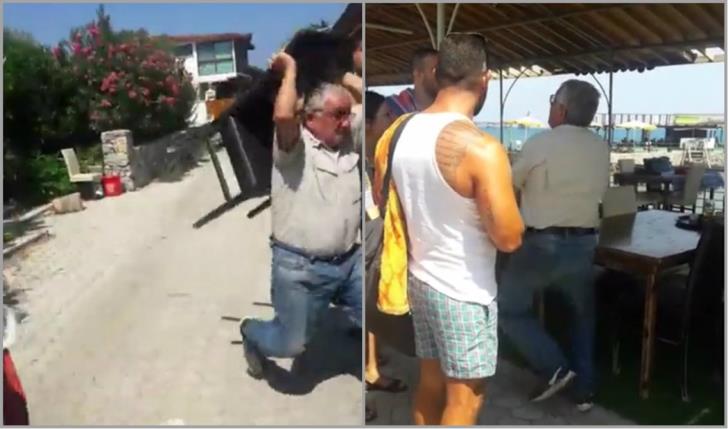 Tempers flared in the Turkish-occupied north on Sunday after a group of activists attempted to access a beach at Karavostasi that had been blocked off by a private restaurant.

A hot tempered restaurant owner first shouted at the activists and later grabbed a chair to drive them away arguing that the beach is only for customers.

‘Private’ beaches are a common occurrence in the occupied north, where a number of hotels and restaurants have blocked off the beaches to the public saying that they are only for customers.

A team of activists has for several years been trying attention to the issue by visiting such beaches. On Sunday they went to Mardilni restaurant in Karavostasi but were assaulted with a chair.

They said a family of Britons who had tried to use the beach were also told to leave.