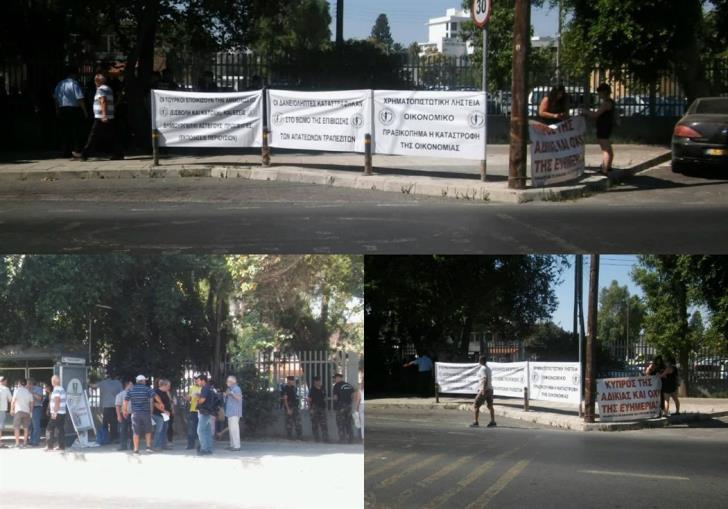 Tempers flared outside parliament on Monday morning, a few minutes before the arrival of Greek Prime Minister Kyriakos Mitsotakis who arrived in Cyprus earlier today and was due to meet House president Demetris Syllouris.

Demonstrators had gathered outside parliament which was due to decide whether to accept President Nicos Anastasiades decision to send a law changing the foreclosures framework back to MPs for reconsideration.

The demonstrators object to the president’s move and want MPs to keep the law as amended.  No decision was taken on Monday and the issue is due to be discussed again on Friday.

But as Lefteris Georgiou, head of the EnErgo Movement told philenews, a little before the arrival of the Greek Prime Minister, police started pushing the demonstrators towards the metal barriers and towards the parking area of the old hospital. He said one disabled individual was hit and a woman fainted.

On his Facebook page he spoke of ‘images of shame’ and said the demonstrators will be back on Friday.