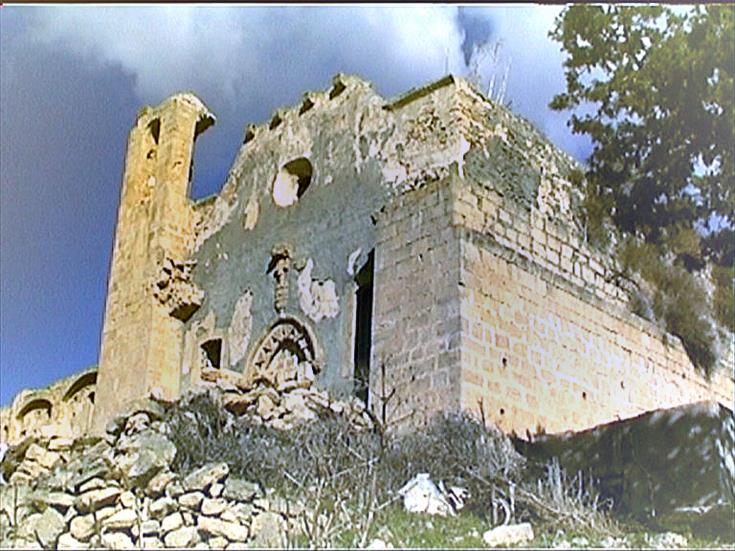 The Technical Committee on Cultural Heritage is waiting for the go ahead from the wider “military” area of Agia Marina Skyllouras in the Turkish occupied north of Cyprus so it can commence restoration work at Prophet Elias’ Monastery.

In remarks to CNA, the Greek Cypriot co-chairman of the committee, Takis Hadjidemetriou assured that the monastery is not in immediate danger of collapse.

The Monastery is situated near the Maronite village of Ayia Marina in the occupied part of Cyprus. It is considered the most important Maronite monument in Cyprus, both for its historical significance as well as its effective contribution towards the survival of the Maronite Community in Cyprus, which in 1735 was threatened with complete eradication. It was bombed by the Turkish Air Force in 1974, was converted into stables for animals and underwent significant destruction.

Hadjidemetriou said the monastery’s restoration is among the future projects of the Technical Committee. The monastery is an important monument for the Maronite community and is located in an area which is considered “military zone” in the Turkish occupied north.

“Many churches are collapsing, roofs have been destroyed and the belfries are about to fall”, he said and called for more funds for the committee to speed up repairs. Already, the government of the Republic of Cyprus is contributing as well as villages to help complete restoration projects. The Technical Committee receives funds from the EU.