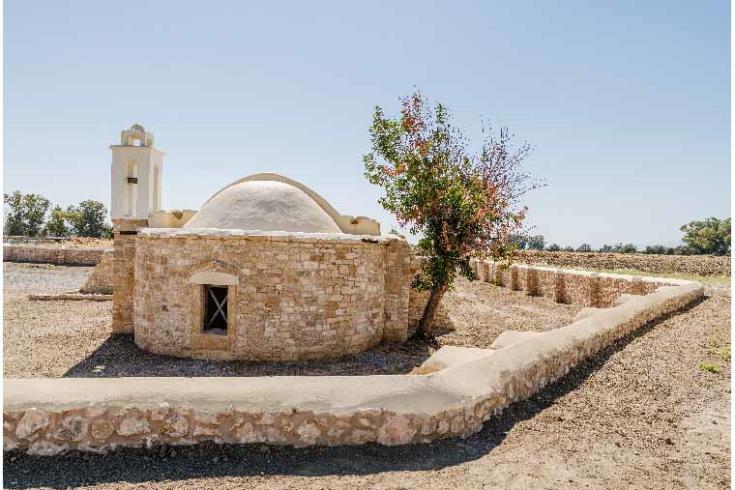 The Technical Committee on Cultural Heritage (TCCH) announced on Thursday the completion of conservation works at Panagia church and its perimeter wall within the framework of the “Support to cultural heritage monuments of great importance for Cyprus” project funded by European Union (EU) and implemented by the United Nations Development Programme (UNDP).

According to a press release, the 15th century church, which was selected as part of the priority intervention projects, benefited from two phases of conservation works. The first phase began in November 2018 and consisted of soft cleaning of wall surfaces, structural consolidation and protection of historical plasters, roof and crack repairs, installation of a drainage system in the yard, provision of new floor material and restoration of walls, windowsills and doorsills. Following the installation of a drainage system, the first phase of conservation works ended in September 2019.

It adds that in January 2020, the Technical Committee on Cultural Heritage agreed to proceed with additional conservation works at the perimeter wall of Panagia church. The second phase of works began in December 2020 and included vegetation removal, repair and rebuilding of the existing perimeter walls, the installation of a drainage system in the yard and construction of the access landing. The second phase of conservation works ended in May 2021, marking the completion of the project.

Through its work, TCCH aims not only to restore the monuments, but also to create an atmosphere for building confidence and a culture of peace on the island of Cyprus. Each conservation site is a reflection of the cultures behind it as well as an intersection of civilizations. Thanks to the cooperation of TCCH, UNDP and the European Union, the common cultural heritage of the island continues to be preserved, the press release says.

Since 2012, 88 cultural heritage sites island-­‐wide have been conserved, structurally supported, physically protected or restored by TCCH and UNDP, with funding from the EU. Approximately €22.4 million has been provided by the European Commission to implement the priorities of the Technical Committee on Cultural Heritage for the preservation of the island-­‐wide cultural heritage in Cyprus. The European Union is the biggest supporter of the work of the Technical Committee on Cultural Heritage in Cyprus.