Teachers to strike next Tuesday and Wednesday 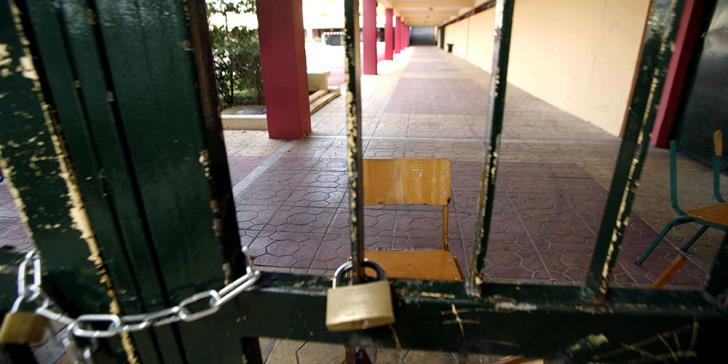 Teachers said they will go on strike next Tuesday and Wednesday following the rejection of their compromise proposals by the government.

The teachers sent a “final, compromise formula” to the government on Monday, suggesting that they be ‘refunded’  the extra teaching hours required under staffing changes, in the form of credit over a period of 3-4 years.

President of the secondary school union OELMEK, Yiannos Sokratous said that the government had forced them to go on strike and asked for the public’s understanding.

“We know that the pupils are affected but above all, the school is affected,” he added.

While speaking at an event at the Presidential Palace, President Anastasiades expressed his annoyance over the teachers’ stance.

“The government is elected by the people to govern, not to be governed by unionists, who renege overnight from what has already been agreed,” Anastasiades said.

He also said that while Cypriot teachers are among the most well-paid in Europe, this is not reflected in the learning outcomes of pupils who are ranked among the worst.

According to Yiannos Sokratous, the unions have already created committees tasked to plan further strike measures, if needed.

By In Cyprus
Previous articleApple iPhones get bigger and pricier, Watch turns to health
Next articleTwo arrested for stealing from church collection box