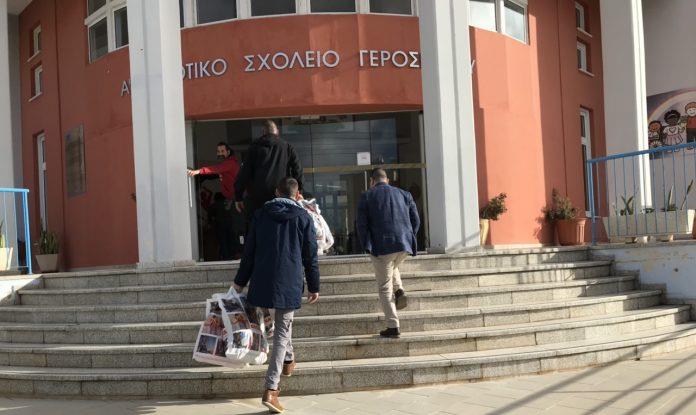 POED, the Cyprus Teachers’ Union, said on Thursday that no teachers were involved in the donation of jackets by nationalist ELAM party.

In an announcement, POED says that school’s staff acted according to rules and Ministry guidelines.

“The school’s board and teachers were not involved in the donation, as something like that is not permitted. Schools are not allowed to receive any donations and that is the reason why the Parent’s association handled the incident.”

POED notes that all families in need received ‘support packages’ from the school and that the packages were donated according to rules and with respect to the recipients’ privacy.

“School boards and teachers support all children, without making exceptions, and are particularly sensitive towards cases of discrimination or racist behaviour. POED and all the teachers condemn behaviours of this kind and want to make sure that cultivating the values of respect, acceptance and mutual support to children is their foremost priority.”

Concluding, POED states that it will support all its members accused of being involved in the incident.

On Tuesday, ELAM announced that it made a donation of 12 jackets to Geroskipou A Primary School, which were meant to be given ‘only to Greek Cypriot pupils.’